What Did a Drug Dealer Use For Surveillance?

The bad guys want video surveillance too. Recently, footage from a violent shootout caught on a Miami drug dealer's surveillance system was played in court. We were curious to know what he used. Given the amount of money and need for security that a drug dealer probably has, perhaps he used really high end, state of the art technology. We contacted the Miami-Dade State Attorney's Office and found out.

But first, here is the video of the shootout:

The grow-ops around here are even lower budget than that - we've had to replace several cameras over the years that it's generally suspected were taken for use on crack houses and the like. After all, why blow $300 on a system when you can piece it together for free?

"The Miami-Dade prosecutor's office says since confiscating the DVR in 2012, their video forensics specialists still have not figured how to export video from the system"

I dont know if this speaks bad for the DVR or the Miami Police, but the best way is to web browse into it for searching and exporting. Most embedded recorders are a tough for even an experienced integrator to navigate with onscreen menu and mouse let alone the front panel buttons.

We are in the middle of testing a QSee NVR and will take a look at this (and what issues are involved). What's weird to me is that this is a (1) recent model from (2) a broadly used brand. I can understand when police get stuck with a 10 year DVR from a bankrupted overseas manufacturer but this?

Yeah, but don't QSee just rebrand other OEMs? This could actually be something from a "bankrupted overseas manufacturer".

Well, QSee is very much in business, so even if the original manufacturer is bankrupt, one would think QSee would be (or at least should be) capable of providing such basic support.

Btw, as you know, most sources point to Dahua as the major OEM for QSee. Dahua is very much in business as well.

hmm... I seriously thought they would spend a bit more money on better equipment. I was expecting high-end video. Interesting footage however.

"Btw, as you know, most sources point to Dahua as the major OEM for QSee."

NOW they do, but when was this DVR actually purchased? That's the question.

It's a QS408, which according to search results, is just a few years old.

My former hometown has been known to have 1 or 2 drug dealers in residence.

Many times these guys are paranoid about exposing themselved to too many outsiders. For this reason much of their technology tends to fall into the hands of a trusted insider who isn't always the most up to date on everything.

They don't need super hi-res cameras, the system is likely monitored live if they're home, and in the event there is a break-in while they are away, it is likely from a rival that they would recognize easily. Couple that with wanting and needing to buy equipment with cash and discreetly, and you see a lot of Costco equipment, or overpriced gear purchased from the local "Spy Shop" outlet.

"They don't need super hi-res cameras, the system is likely monitored live if they're home, and in the event there is a break-in while they are away, it is likely from a rival that they would recognize easily."

And of course, they don't have to be able to prove who it was "beyond a reasonable doubt".

I can understand their problem if their experience was akin to ours with our first system -- a Costco QSNDVR8R. It's very straightforward to play back the video, but it's in a proprietary format that is relatively inaccessible unless you are in possession of the DVR itself.

Our business' DVR from ADP has the exact same issues. It's fairly intuitive to operate (on site, not remotely), but extracted video is encapsulated within an exe file in their own proprietary format.

The Police appeared to have no problem playing the video back, in order to re-record it from the monitor. Could their complaint have been about the lack of a non-proprietary format, because that meant it could not be played back on readily accessible equipment?

I just took at the second look at the title of this article, "What Did A Murdered Drug Dealer Use For Surveillance?". Who was the drug dealer that was murdered in this video? Murder implies an unjustified killing, and if the drug dealer referred to is Delgado, his being shot looks justified to me. I would maybe say, "What Did a Killed/Accused/Suspected Drug Dealer Use For Surveillance?", but not murdered.

Pray for me... I live in Miami 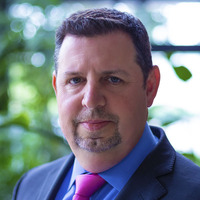 I agree with Luis. "Murdered" implies Miami/Dade Police were in the wrong and obviously from the video they were responding with appropriate force.

Say what you want about the quality of the video, but I think it does what it needs to for the police. It shows the guy pulled and fired his gun at them. It also shows that he continued to be a threat to them and that their shooting of the suspect was appropriate and justified.

The cameras were also at very close range. What makes me think, though, is this is the same quality of video I saw in the police academy in 1994.

BTW, the email notices I get for comments on this thread have the subject line

Response to 'What Does A Miami Drug Dealer Use For Surveillance?'

... but the title of this article still reads "What Did a Murdered Drug Dealer Use For Surveillance?".

I tried refreshing my browser.

Luis, good point. I removed the reference to 'murdered' in the post title.

You can dog the system but it was good enough to see the spray from the head shot. Bullseye.