Every VMS supplier has mobile app clients now, even if many are still not using them. However, significant differences can exist across VMS implementations.

In this guide, we review 15 key features / components, including:

Here is an overview of the 15:

Mobile devices apps are often used to connect while on the road, the ranges of devices supported depend on several factors:

Some VMSes require additional components or licensing, to include:

Besides the cost and time to add these, often these additional components will transcode video, increasing CPU consumption. Be careful to check how one's preferred VMS implements this, as the overhead could be significant.

The most important issue here is whether the video is being transcoded (e.g., the video is recorded as H.264 HD but then transcoded as MJPEG CIF or H.264 VGA when sent out to the mobile client). This can cause a significant increase in server load.

Some VMS apps allow for control of quality based on the network the device is connected to and network connectivity performance. 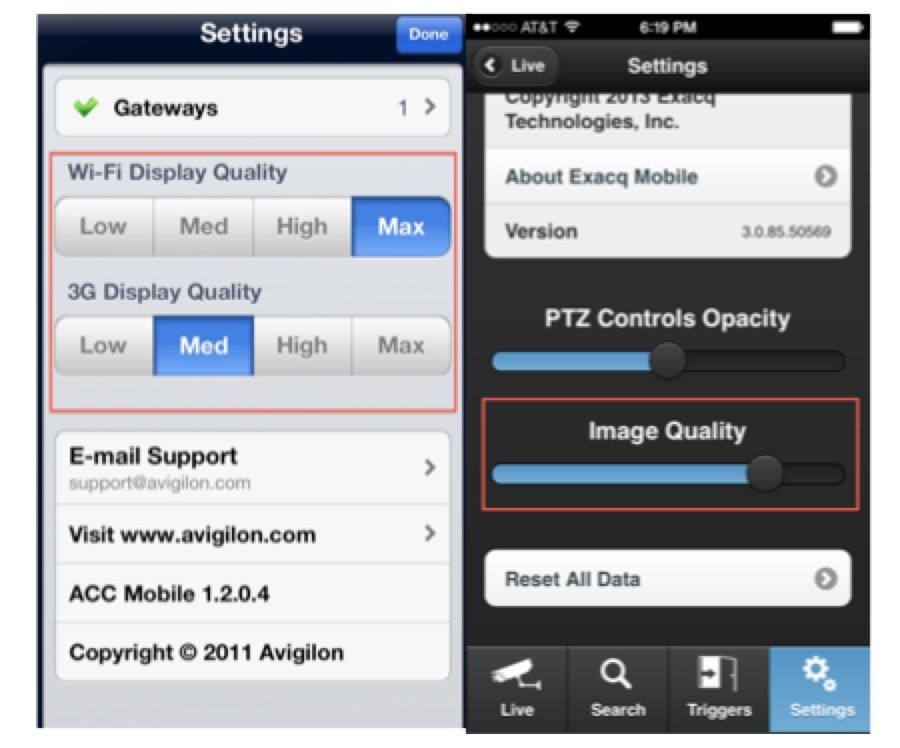 While all VMS mobile apps offer layouts/views ranging from 1-6 cameras, others offer as many as 48. Users have the option to:

When viewing a camera individually or via a layout some apps show one or more of the following: 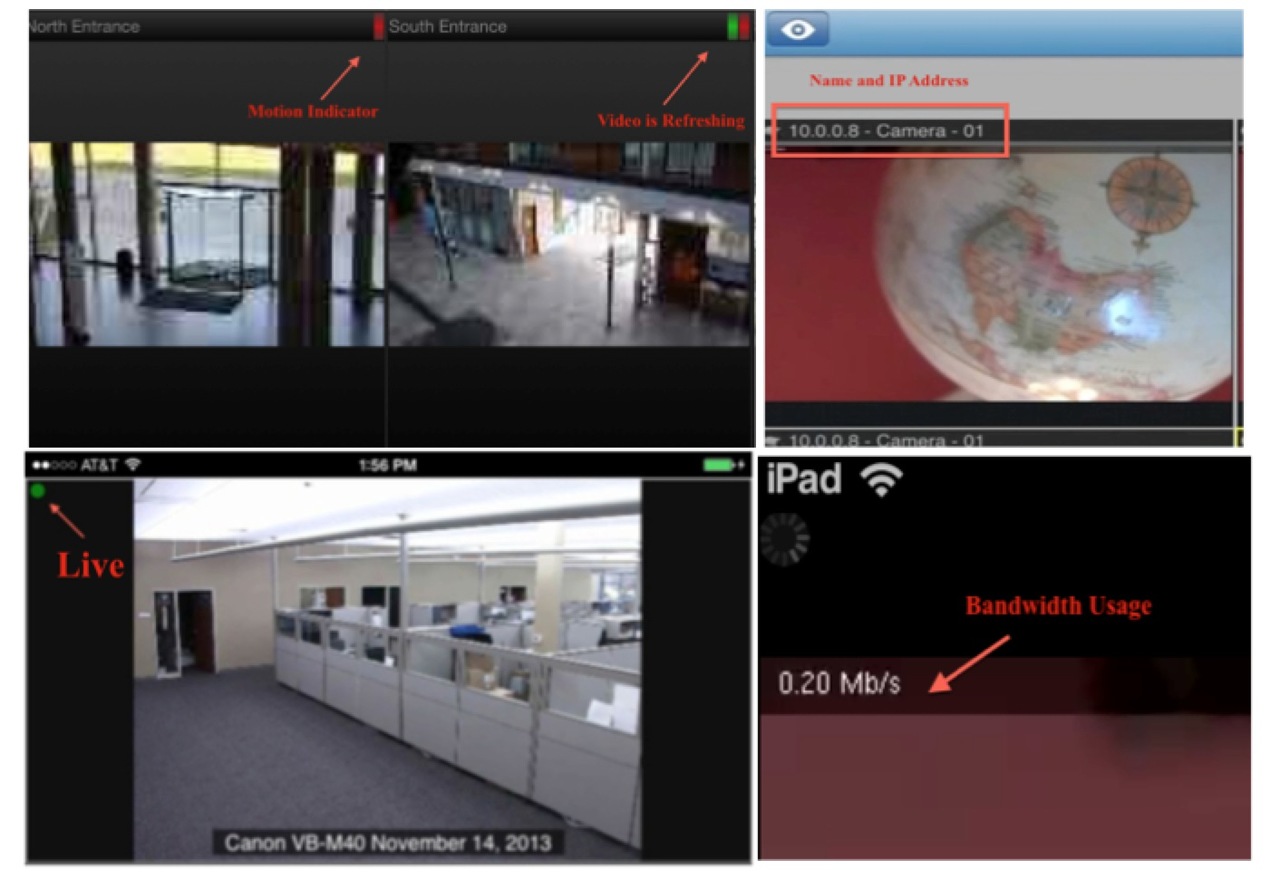 Recorded video can be accessible usually for one camera at a time.  While viewing recorded several options are available:

There is also the ability to push recorded video from the mobile device to the server itself for later retrieval.  This feature though will require an additional camera license for the mobile device.

The ability to search for recorded video is commonly available in most Mobile apps.  However, there are several search methods and types:

A few actions are available: 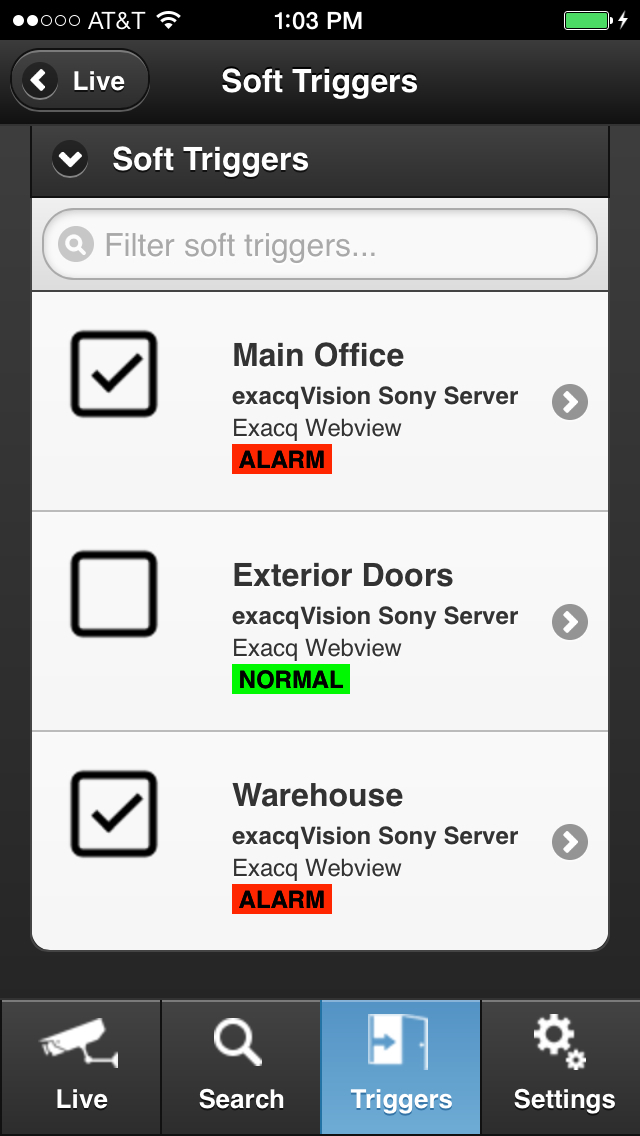 Most apps offer the ability to control PTZ capable cameras, including selection of pre-existing presets. The functionality, performance and onscreen displays differ greatly though; in some apps responsive finger gesturing is all that is used without any on screen cues. 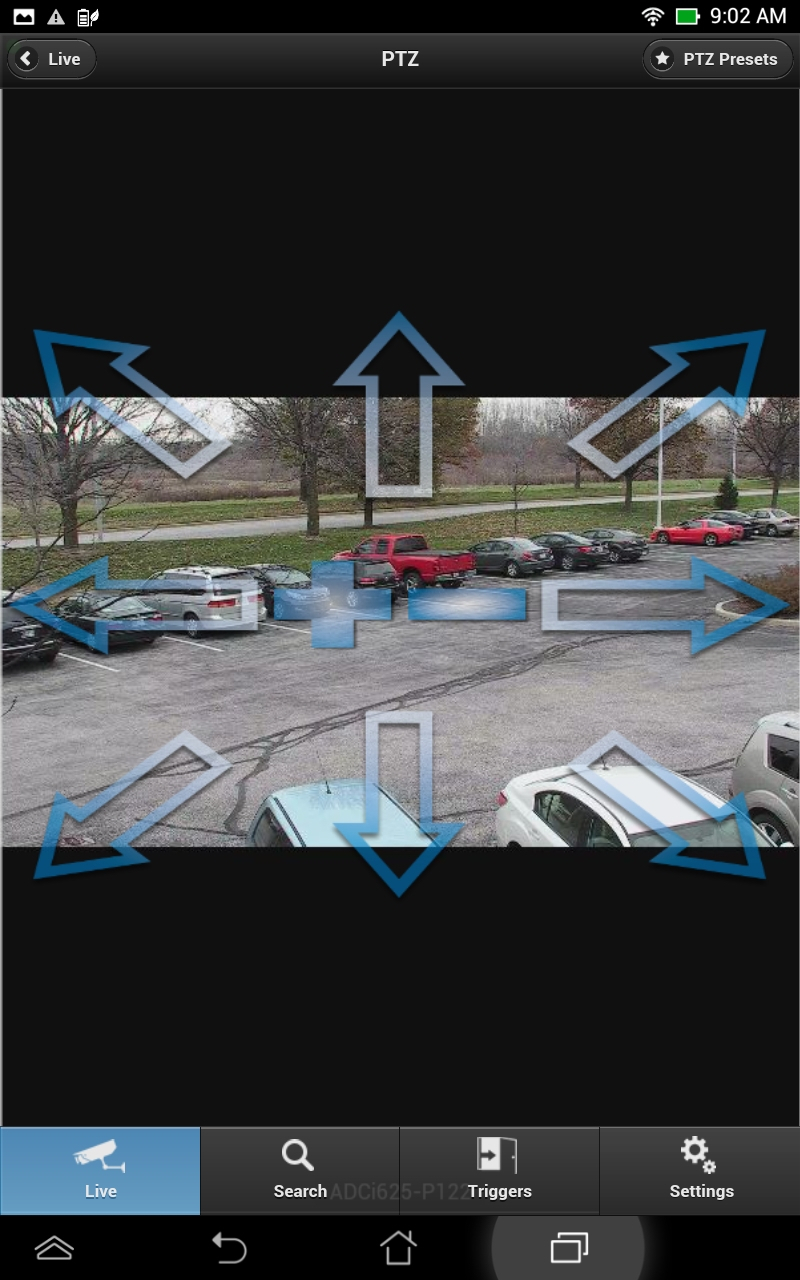 Very few apps allow for audio. In general, it is typically more common for home / SMB oriented apps to allow this than for enterprise ones (likely reflecting consumer interest in listening in what is happening at their homes). If this is important, carefully check support including listen in and talk down audio capabilities.

Making changes to the server settings or cameras is rarely available from mobile apps, regardless of user access level.

Most VMSes include the ability to add more than one server to each app though entering credentials for each individually is often necessary.

Maps are rarely, if ever, implemented in mobile apps. However, we believe using GPS on mobile devices could help mapping / physical orienting VMS mobile users.