Vivint is making national headlines again, but this time it's not for trying to stick it to tornado victims [link no longer available].

There were a number of news reports recently of a fire at Vivint. Some reports said it was a warehouse, others said it was a call center. The event was notable enough for the Department of Homeland Security to include it in its daily report as a top story: 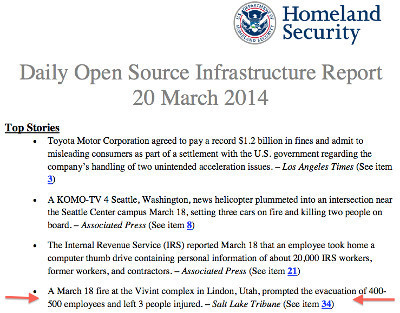 The news reports were scarce on information so I wanted to know what impact it might have on the business. I spoke with Vivint to find the details of what happened.

The fire was not on the main Provo, Utah campus. It was actually at a call center 15 miles away. It started on the roof at 9 a.m., and employees tried to put it out with a fire extinguisher, but it got too big too fast.

This is the building that burned: 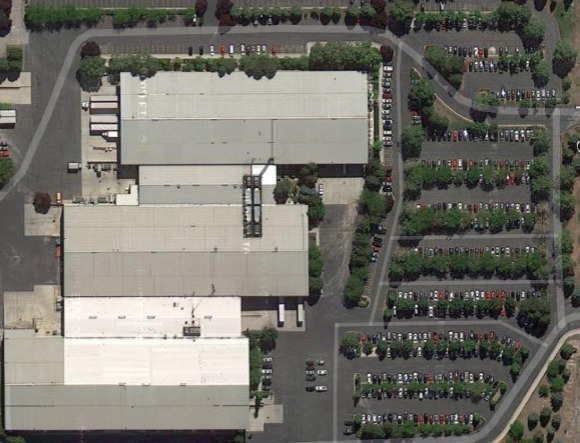 They don't have a cost estimate on the damage because it's still being assessed, but the company says the building is unusable because of the combined damage from the fire and the sprinkler system. No employees were injured in the fire, but a firefighter needed surgery after a steel door fell on him.

Police say the fire was "sparked by heat tape used to prevent freezing in the gutter system," according to the Salt Lake Tribune.

Vivint says the fire had no impact on its monitoring activities. The call center was not a monitoring center and housed about 450 customer service employees.

"We have backups and redundancies in place. We moved the employees to the main campus and set them up there, and we have backup computers so we were able to continue operations," said Vivint public relations manager Jenna Cason.

Customer calls were routed to another call center, and the relocated employees are being set up in empty offices throughout the company's two 100,000 square-foot headquarters buildings. There is also a basketball court that they can use if they need extra space, she said.

The company's executives are working to find "a more permanent solution."

Despite Vivint's optimistic outlook on "minimal impact," the destruction of a facility and the relocation of 450 employees bound to make at least a small wave. It will be interesting to see what the impact is once it releases its Q1 2014 results.

That "more permanent solution" is going to cost.