In this report, we aggregate and present numerous statistics about how surveillance is being used in the real world. Recently, we conducted an in depth survey of 100 integrators around the world, asking them a variety of detailed questions.

We learned a lot and our PRO members had very positive feedback to the program. Next month, we are starting a third series asking a new round of questions. Before we go there, this report catches up on the questions and statistics we have generated in the last few months.

Let's start with an interesting statistic:

The market is moving to megapixel but how much megapixel is being used compared to SD? We asked 100 integrators, of all the IP cameras that they recently deployed, what percentage of them were megapixel. The histogram below breaks down their answers: 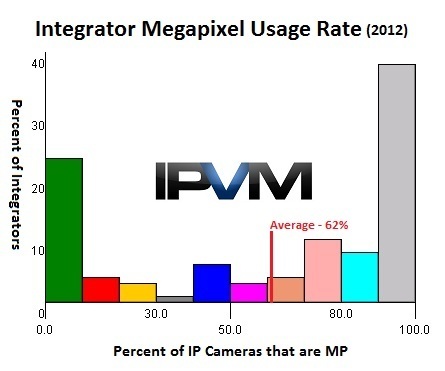 For more details on this topic, see our SD vs Megapixel statistics review.

The following statistics are aggregated in this directory: 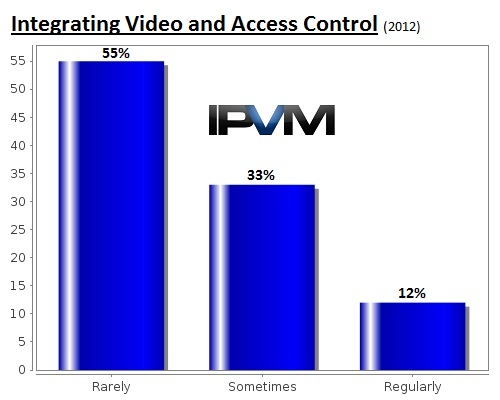 As the chart demonstrates, video / access integration is overall quite rare in the industry. The results indicate that only 10 - 15% of all systems are integrated.

However, the more cameras a deployment has the more likely they are to integrate video and access. The chart below shows a great disparity in integrators who rarely integrate these systems: 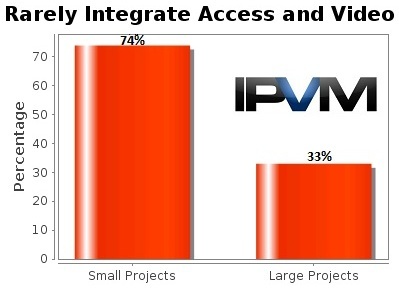 Here is a visual breakdown of PoE preferences: 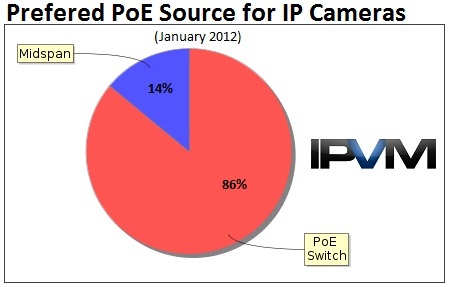 An overwhelming majority of respondents (86%) preferred PoE switches to midspans. This is not surprising, as past discussions have indicated preferences for PoE switches, as well.

Read the full note on using switches vs midspans for PoE power.

Here is a visual breakdown of the top choices for hard drives: 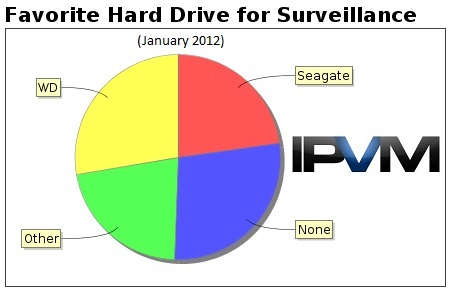 Here is a visual breakdown of the top choices: 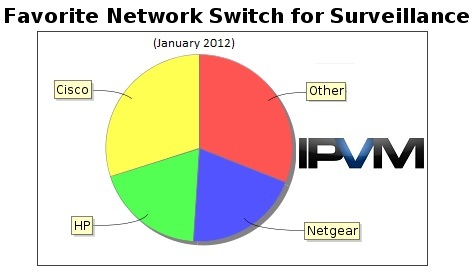 Read the full note on favorite network switches for surveillance. 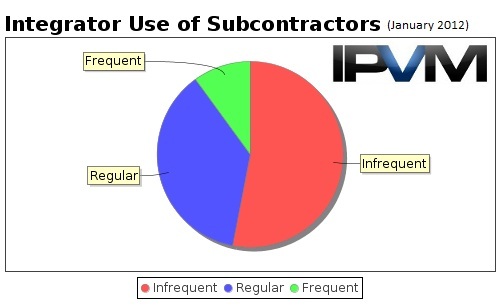 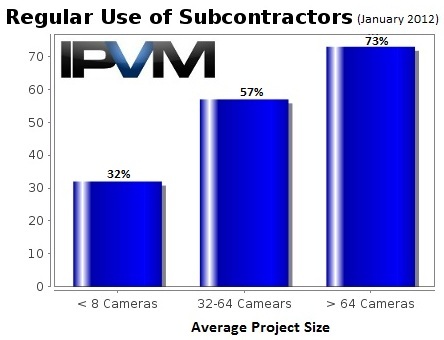 Larger camera count systems are far less likely to use mobile apps than smaller ones. The trend is pronounced. See here: 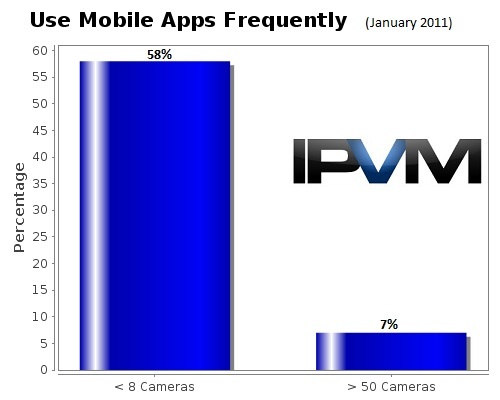 Read the full note on mobile app usage in surveillance.

In the most fragmented results so far, integrators answered with 35 unique responses to their favorite provider of storage for surveillance (contrast this with results from questions such as favorite camera or VMS, where leaders had much stronger showings.). These results varied from use of on-board storage provided by DVRs and NVRs, through NAS options, to large SAN systems. However, a few responses stood out. 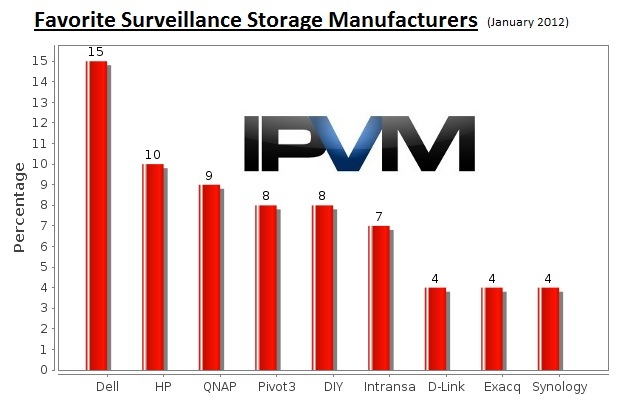 Here is the breakdown of the results:

The histogram below provides a visual overview of how integrator's wireless usage varied: 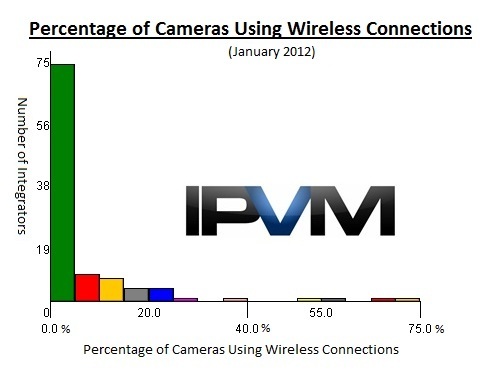 Next, let's look at a number of key wireless metrics:

Read the full note on wireless usage in surveillance.

Here is a breakdown of integrator's experience with hard drive duration: 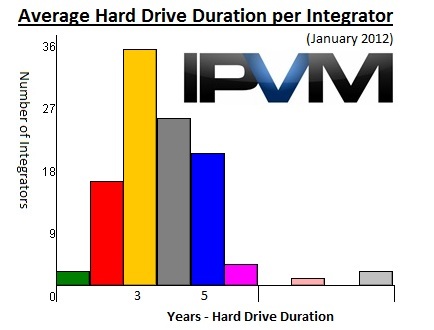 The table shows the responses:

To start, let's look at a histogram below which breaks down results by the frequency of integrator responses - the taller the bar, the more integrators who deploy that percentage of PTZ cameras. 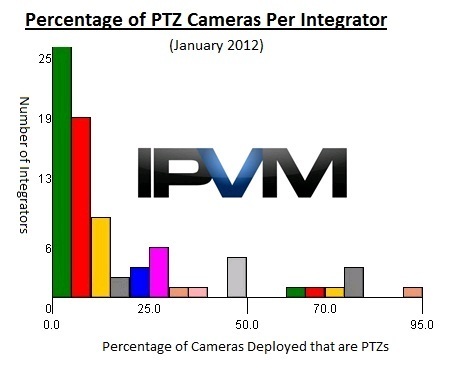 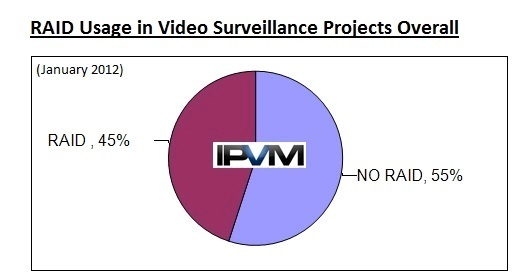 Here we break down usage by integrator. As the table shows, integrators were fairly evenly split in how often they used RAID: