Watching video surveillance from retail stores remotely is both essential and problematic.

Bandwidth is frequently limited and prioritized for transactions, not surveillance. But investigations and remote live viewing can be crippled by this.

One company, USS is claiming its solution is 'the next big thing in physical security [link no longer available]' that solves this problem. However, do they truly have a good solution, or is it just marketing bravado?

We take a closer look at the features, pricing, advantages and weaknesses inside.

USS's 'Dynamic Physical Security' offering [link no longer available] is  4G cellular network connectivity for bandwidth challenged locations, specifically those in the retail or restaurant verticals. Because those facilities are prone to have crowded internet connections, the expansion of security services like video surveillance, EAS monitoring, and access control is often limited.

The bandwidth pinch can be a practical limit of video surveillance, often restricting remote visibility and recording of high definition images or high frame rates. The cost of improving bandwidth is often so high, it is a factor in selecting 'status quo' systems  of SD analog cameras connected to local DVR recorders is chosen in retail, despite the predominance of HD cameras in other markets. 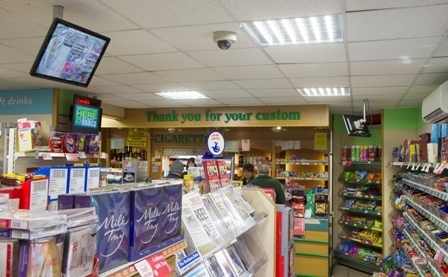 Unlike single large sites where scaling bandwidth is easier to justify across many users, increasing the bandwidth capacity of chain locations, as with retail, is often difficult:

USS is offering this product as a stand alone service specifically for physical security systems like video surveillance, access, or even remote asset tracking systems. The service can be purchased for use in pre-packaged external routers or packaged as components inside of USS's line of NVRs and EAS platform servers [link no longer available].

USS's base offering is a 1GB/month plan that costs ~$65, but scales based on bandwidth used. For example, a 10GB/month for a single store location off is ~$140/month. Compared with prime carriers, this is about 20% - 30% higher than equivalent services sold direct.

USS also requires a minimum service contract, with pricing based on contract length. Unlike most carriers requiring a minimum 2 year contract, the minimum with 'Dynamic Physical Security' is 12 months.

While using 4G cell backhaul for security traffic could be an easy fix for crowded internet connections, it is not difficult to buy and integrate outside of USS's offering. Coupled with the higher cost when buying from USS, we asked the company "Why buy this from USS and not a 'traditional' cell carrier?"  They cited two reasons:

Private network: The company says buying from USS means you get a private network that is trunked differently by the carrier, and is not part of the 'general' network carrying public cell traffic. They said:

"This makes the offering more secure , faster, and more reliable. Our secure traffic does not traverse the public internet, in contrast to the carriers normal offerings; your device is not on the same network as everyone else. [For a normal cell network] as more people use the network slowdown is inevitable. [But with Dynamic Physical Security], if enough traffic on our private networks builds up, we open additional private network.  Our customers then have their own network for their security devices."

Coverage and Central Billing: The company claims one of the biggest benefits is not technical, but administrative. They select the best network for local coverage, and provide the 'one throat to choke' for customers when addressing issues:

We are able to provide the right carrier for the right location paired with the right hardware for maximum efficiencies. To be able to get the same ability on the retailers side they would have to have a relationship with each carrier and manage the devices per location independently on each carriers service so the necessary overhead multiplies pretty rapidly.

With USS's solution, a retailer pays the monthly fees for all connections to one account, regardless of which local carrier is used.

Unquestionably, the biggest weakness is the high cost. While the 'one throat to choke' positioning of this product could be ideal for some, cost-sensitive retailers are likely to dismiss an extra $70 - $140/month for a security specific utility.

Especially given that cost scales based on bandwidth used, if equipment is not properly configured to minimize bandwidth or if a user accidentally remains logged in using the connection, a huge bill can be run up.

Also, a big assumption Dynamic Physical Security makes is that sufficient 4G service is made available by the carrier in the respective location. While the coverage area of 4G network has grown to cover most major metro areas (where likely retail customer would have locations), there is still the risk this product simply will not work.