A Swiss company claims to have "fully designed and manufactured" the world's "most accurate" fever camera entirely in Switzerland and recently sold some to a United Nations agency for ~$30,500 each.

But an IPVM investigation reveals the company - MIRTechnologies - faked its certification, marketing, and sales, even falsifying a "Swiss Made" certificate. 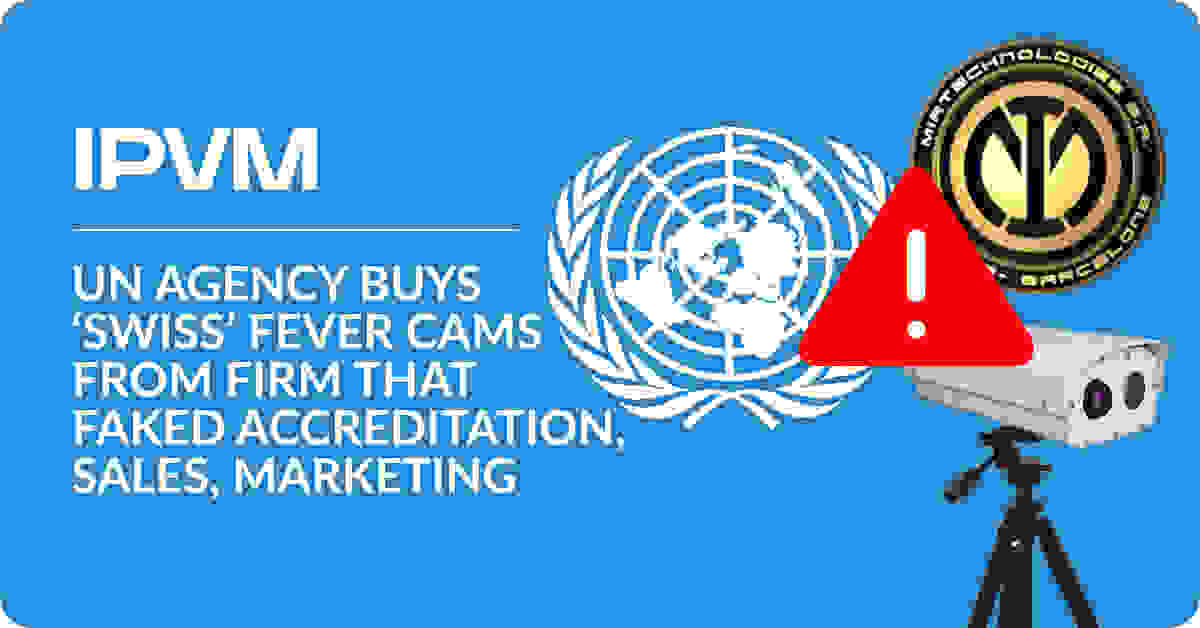 In this post, IPVM investigates how the firm ended up successfully selling to the foremost global institution, the United Nations, by capitalizing on the global gold rush for anti-COVID surveillance solutions.

MIRTechnologies says it was created in 2015 with an investment of 3 million euro ($3.5m) and is "specialized in security and defense solutions". This year, in March, it released the MIR6255FMR-IP body temperature screening thermal camera: 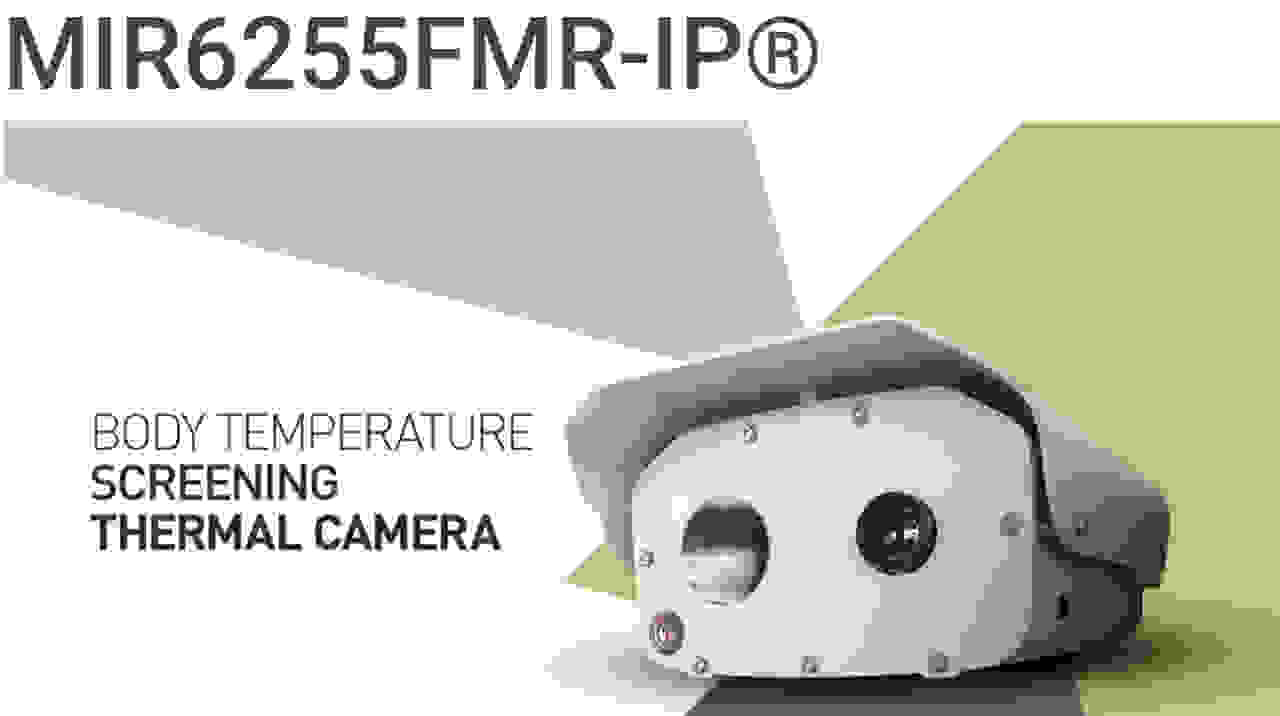 "Most Accurate On The Market" And "Fully" Swiss Made

MIRTechnologies claims the camera has an accuracy of ±0.06°C, which is the highest accuracy IPVM has ever seen on the fever camera market (of 200+ products), where most systems tout ±0.3°C to ±0.5°C accuracy. On LinkedIn, MIRTechnologies wrote (in French) that its camera "is the most accurate on the market" adding it was "fully designed and manufactured in Switzerland": 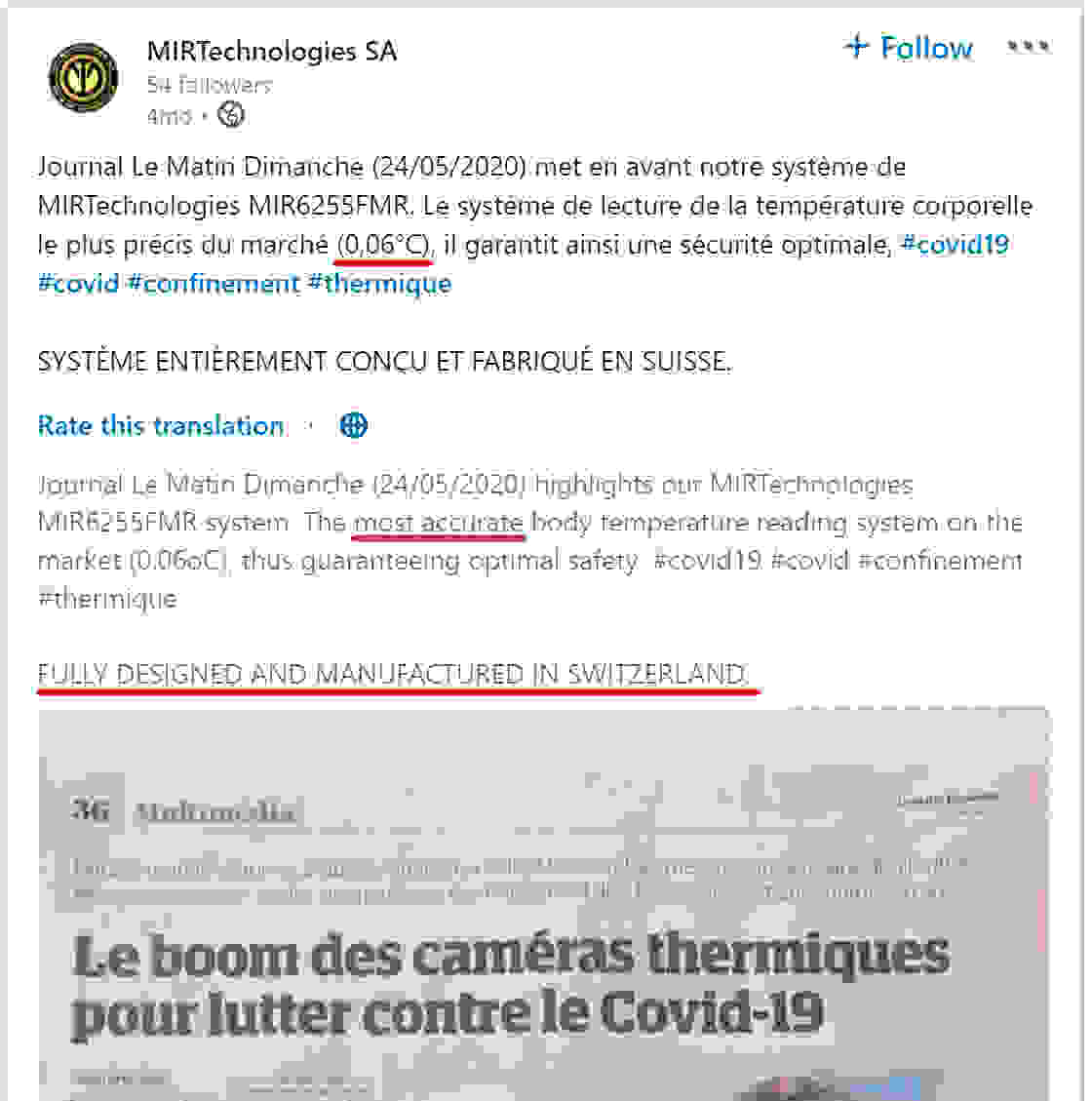 On its website, MIRTechnologies says it developed the microbolometer (sensor) for the camera:

The MIR6255FMR-IP® short-distance thermal imaging camera is based on the ﬁfth and latest generation of uncooled UFPA Microbolometer sensor technology, developed by MIRTechnologies S.A.

Simultaneous Screening From 50 Feet, No Blackbody

MIRTechnologies also claimed the camera is capable of screening "up to 30 people at a distance of 15m" [50 feet]:

This violates international standards which advise screening individuals only and getting a close-up view of each person's face. MIRTechnologies' product is so advanced that it does not need a blackbody but it does require manual calibration, MIRTechnologies told IPVM. 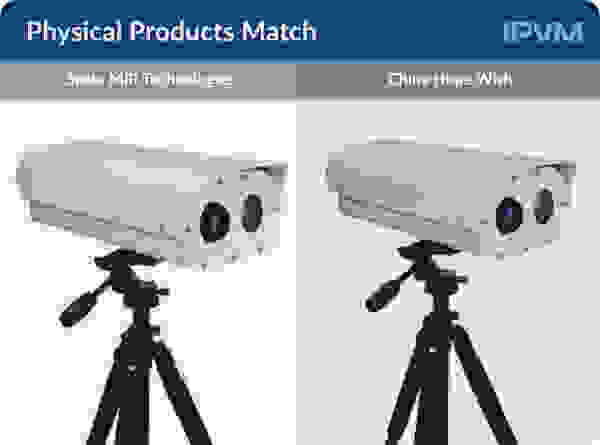 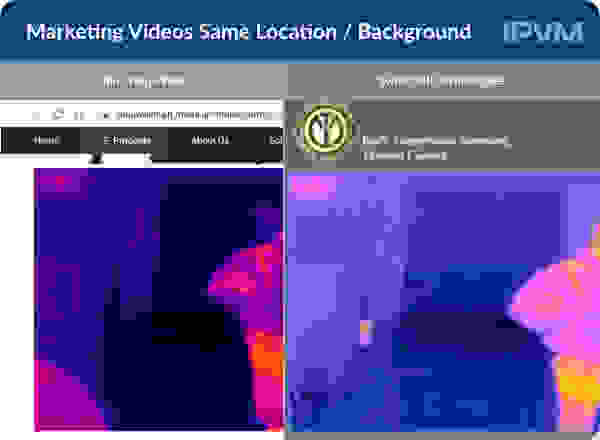 The system's UI also matches. Contrast, the UI of Argustec (Hope Wish's international trading company) vs the UI for MIRTechnologies, below:

Yet these are actually photos of Hope Wish's China factory, IPVM verified directly with Hope Wish. Indeed, the exact same photos can be seen on the Hope Wish Alibaba page (see below): 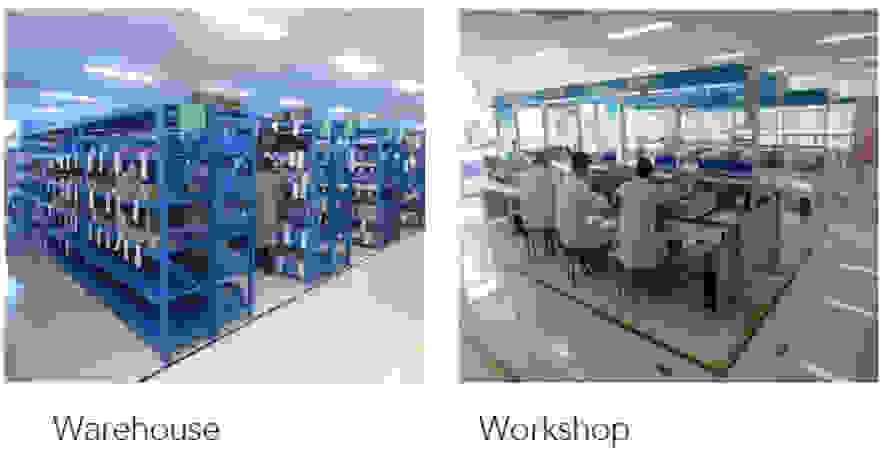 After IPVM inquired to MIRTechnologies about their manufacturing claim, they deleted the page: 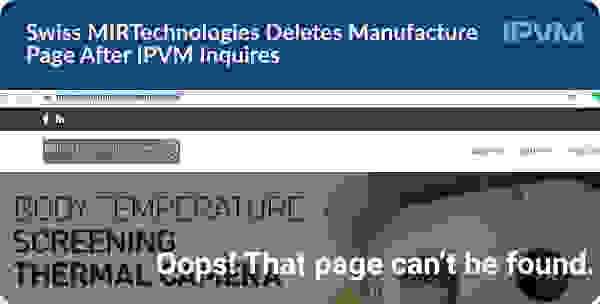 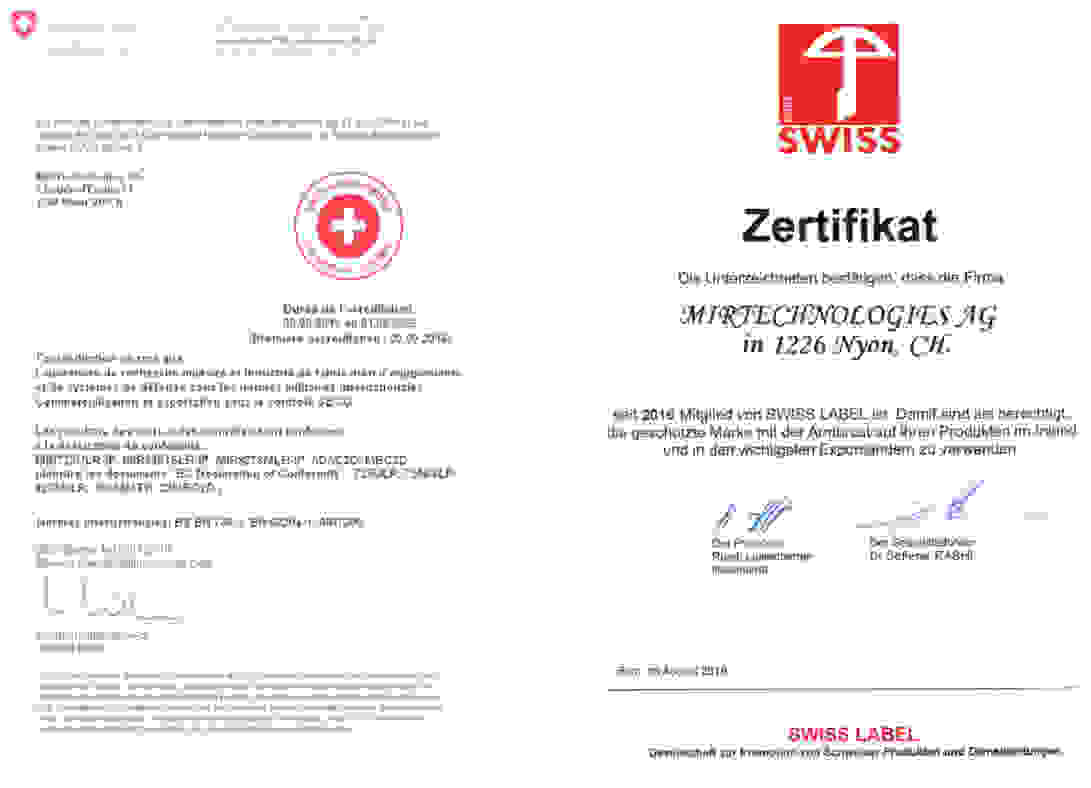 Both SAS and Swiss Label keep public members' registries but MIRTechnologies is nowhere to be found. IPVM contacted each organization directly and both told us that MIRTechnologies had no valid certificates/accreditation from them whatsoever. The documents on MIRTechnologies' website are faked; it is easy to find templates for these certificates via a simple Google Image search.

Sales to Own Businesses

After launching the MIR6255FMR-IP, MIRTechnologies touted early sales to several businesses in Geneva, such as the Casa Nostra restaurant, the Harmonie restaurant, and the Golden nightclub. These 'deals' resulted in positive media attention from local paper La Tribune de Genève and Swiss radio station Radio Lac which featured Harmonie in particular: 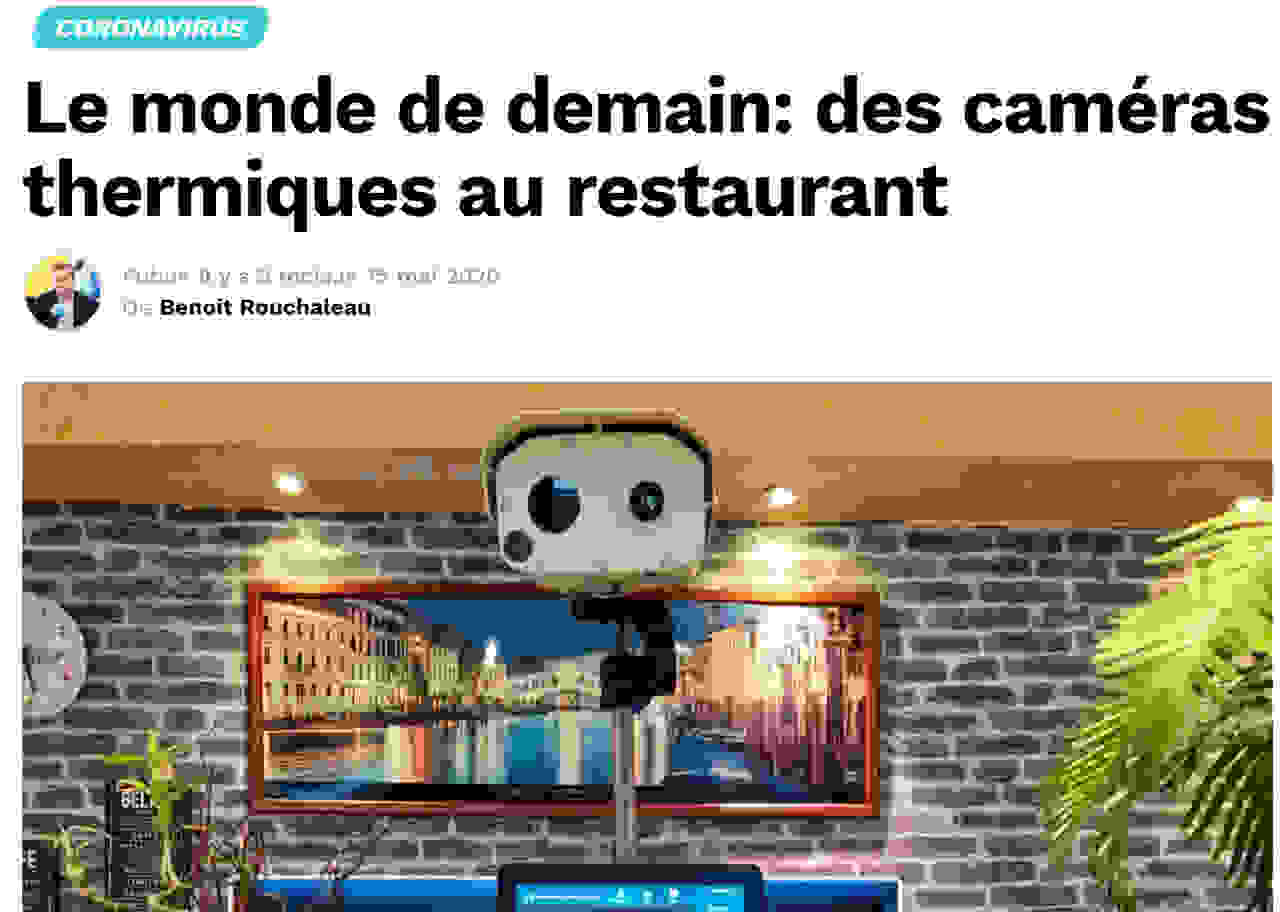 But left unmentioned by MIRTechnologies (and the media coverage) is that all of these businesses are listed on Geneva's official business registry as being owned by Zaim and/or Amzy Jasari, two MIRTechnologies employees: 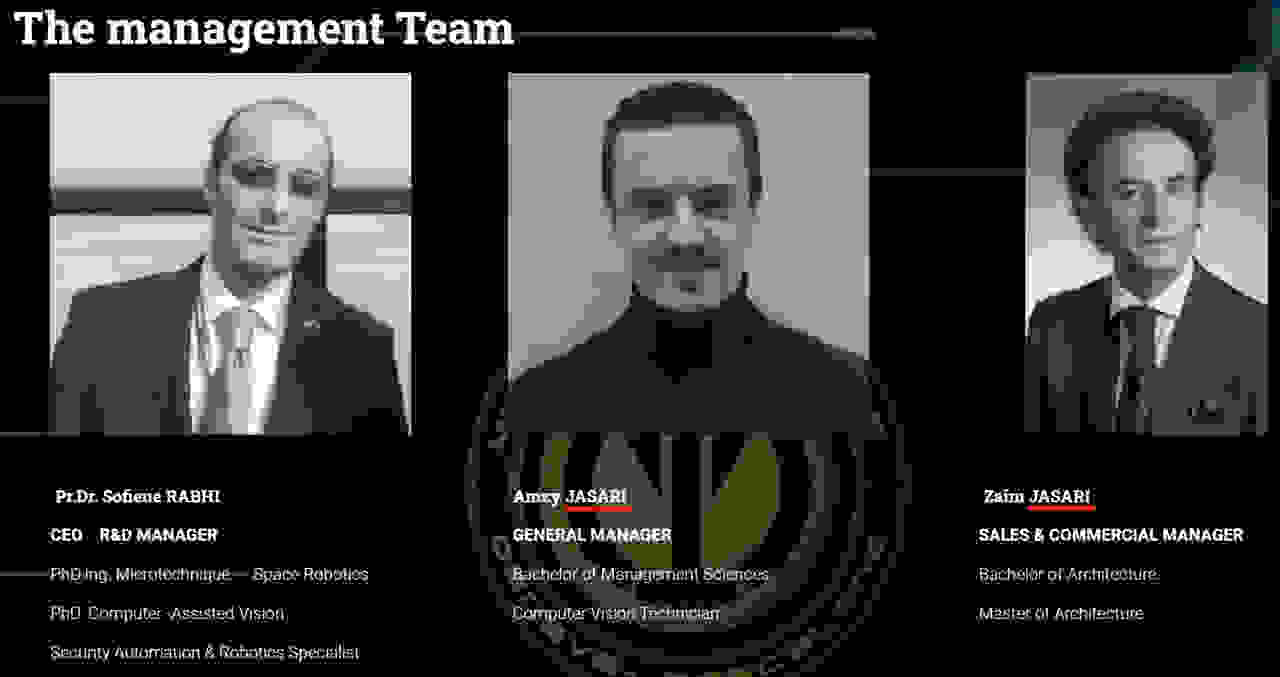 Hope Wish Under US Government Sanctions

Hope Wish was sanctioned by the US government in May 2019 under Section 3 of the Iran, North Korea, and Syria Nonproliferation Act, which means the US believes Hope Wish provided highly controlled/sensitive technology to those countries: 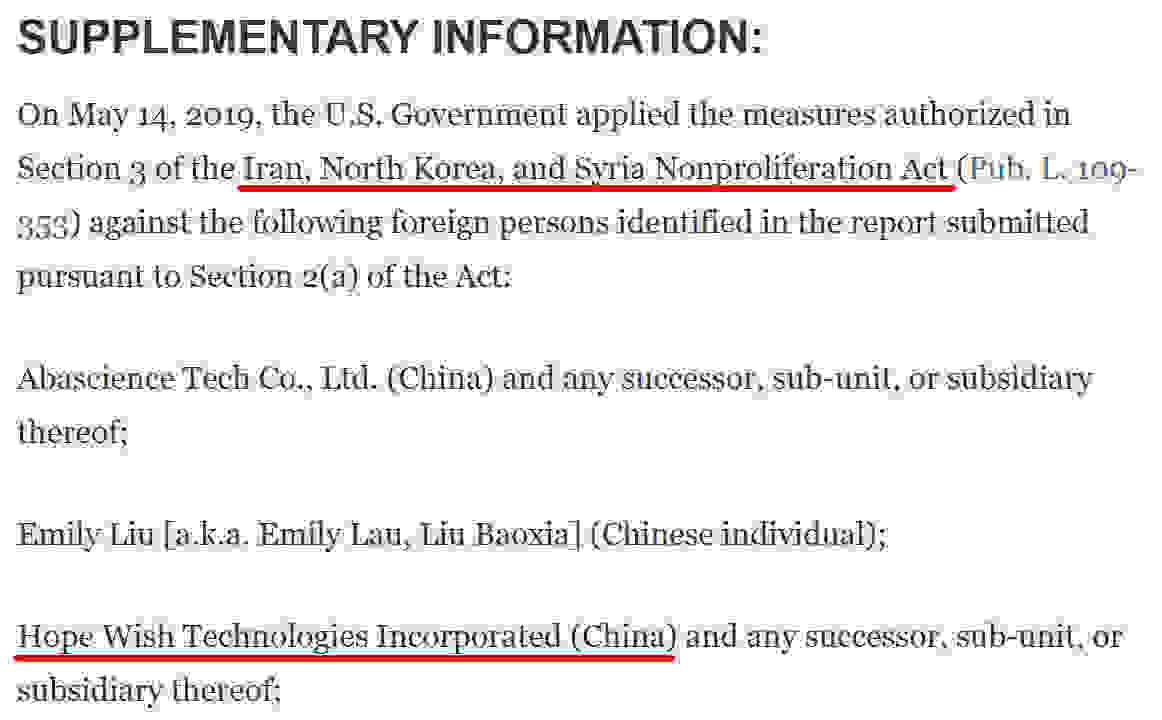 These sanctions ban the US government from doing any business with Hope Wish and ban US companies from being granted export licenses to Hope Wish. The sanctions do not prohibit a Swiss company dealing with Hope Wish, however.

MIRTechnologies' CEO Sofiene Rabhi gave a number of lengthy explanations to IPVM, remaining firm that MIRTechnologies - a firm basically unheard of - had in fact invented and built the world's best fever camera. 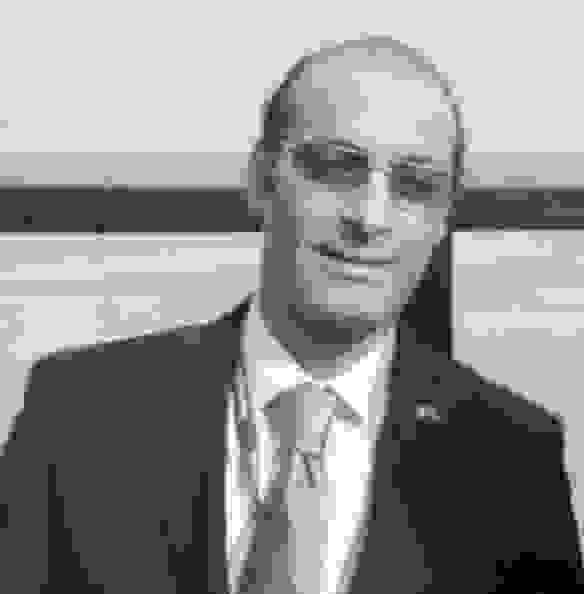 IPVM repeatedly asked Rabhi for some form of concrete evidence that MIRTechnologies had actually built this camera but Rabhi did not end up sending any material confirming this claim. Rabhi did offer to become 'partners' with IPVM:

If we ever work together one day... you know the best proof is, we would be so happy for one of you to come [to Switzerland] and take a look. We can be partners and we'd pay you our share thereafter. Sometimes negative things happen that can be positive [emphasis added]

IPVM asked the ITU about MIRTechnologies' use of Hope Wish cameras and the ITU replied that "the cameras have proved highly satisfactory" emphasizing no contamination within their premises: 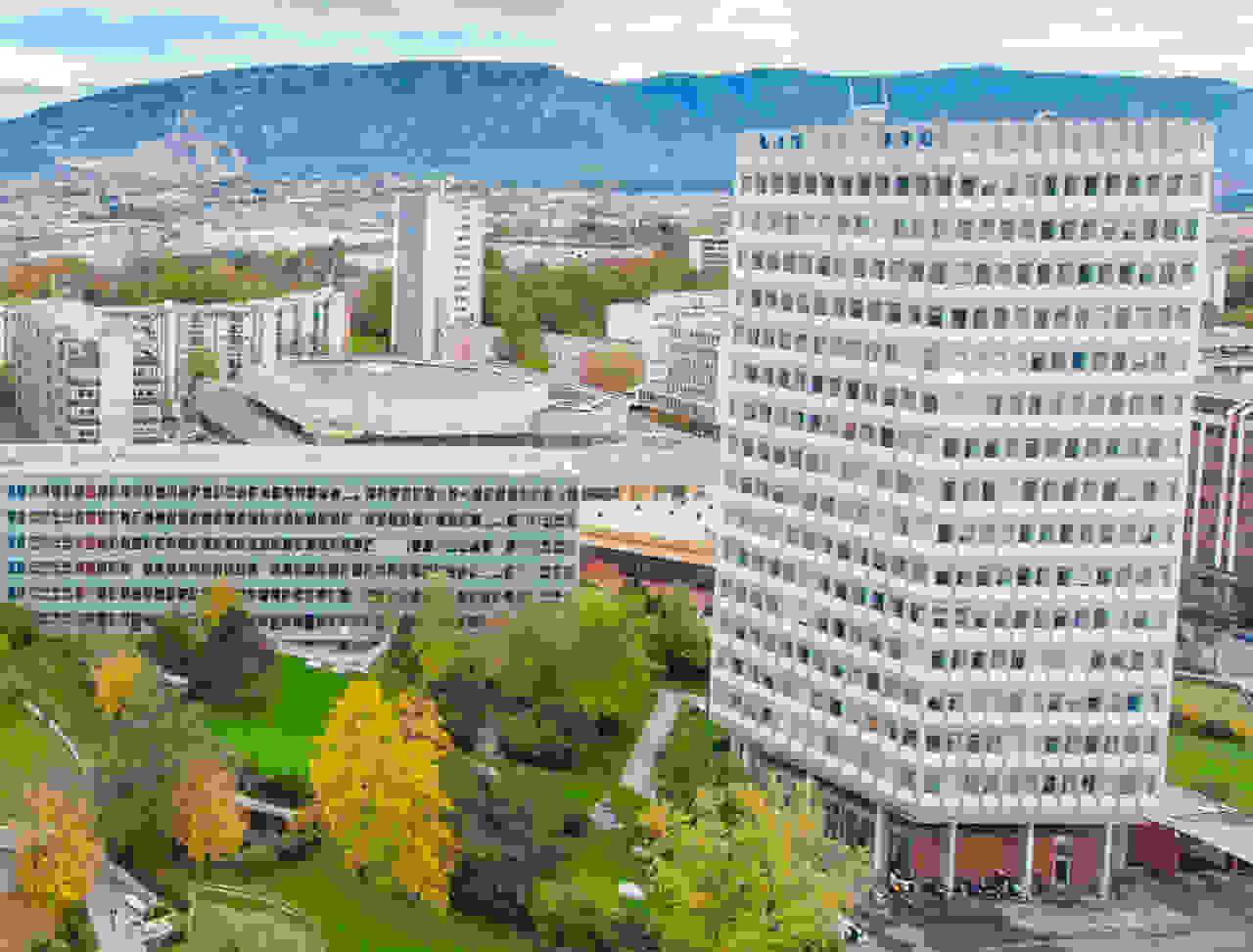 Please note that the decision to buy thermal imaging camera stations from MIRTechnologies was taken based on the exigency of meeting our technical requirements. The cameras have proved highly satisfactory and, together with the other mitigation measures that ITU introduced very early in the COVID-19 pandemic, they have meant that there has been no known contamination within our premises.

This response was before IPVM found that MIRTechnologies had faked its certificates. IPVM will update if the ITU changes its position.

we are the official distributor for MIRTechnology, yes. No, we don't call [the camera] the same name, we have our own name, because we don't want our client to know it's MIRTechnologies, because we have to protect our own interest [...] actually we only design the shell and casing, but the main electronics or something like that, it's actually from MIRTechnologies.

However, IPVM is skeptical, as there remains zero hard evidence that MIRTechnologies actually builds these cameras and Lee provided none. Hope Wish's China website shows it has sold to overseas customers for years (not the other way around) and Hope Wish has a vested interest in keeping a foreign client happy.

Moreover, another Hope Wish employee who IPVM spoke with contradicted Lee's position, saying that the products were Hope Wish's own.

Fever cameras have exploded in popularity due to the pandemic, chiefly because they command huge profit margins (despite their numerous accuracy issues). Once a very niche market, 200+ companies now sell such products. This has led to many companies using aggressive and even deceitful marketing tactics:

MIRTechnologies shows, unfortunately, that these kinds of tactics often work and even large/respected institutions like the United Nations can fall for this.