With nearly $600 million in revenue, Ubiquiti has become a major force in wireless networking and a very common one for wireless video surveillance deployments.

Back in 2011, Ubiquiti came out with the industry's first $100 HD IP camera line, which was groundbreaking at that time (see IPVM's test results).

Now, Ubiquiti has released the HD Micro camera. We bought one, shown below: 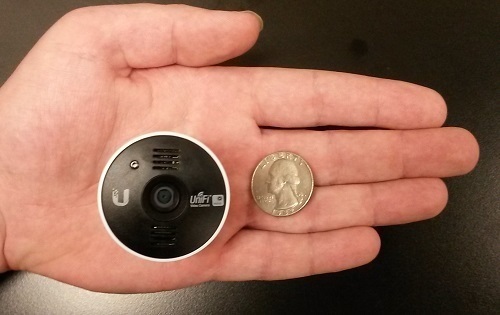 Here are key findings from our test of the Ubiquiti Video Camera Micro:

Ubiquiti's UVC Micro has only a 720p version, below the 1080p or even 3MP models commonplace in today's market.

The Ubiquiti Micro sells for ~$100 USD online. While this price point is low, users may easily find 1080p IR bullet cameras in this price range, with longer IR range and third party integration, such as the Dahua IPC-HFW1200S and Hikvision DS-2CD2032-I.

The only true advantage to the Ubiquiti Micro is its size, smaller than even compact bullets and minidomes, and its novel magnetic mount which allows easy installation and positioning. However, due its poor image quality, bright IR hotspot, and lack of third party VMS integration make it a poor choice generally.

The Ubiquiti Micro's most novel feature is its size and form factor, less than a third the size of typical compact bullet cameras. 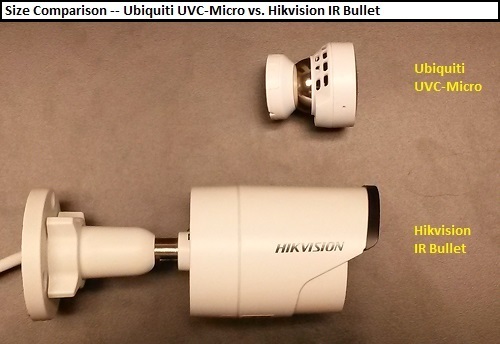 The camera itself is held to the mount magnetically, with power transferred through this connection. The mount itself is magnetic, as well, or may be mounted via two screws (flat or corner). The Micro's power adapter includes a coil to hide slack cable, useful for improving installation aesthetics. However, the cable itself is very thin, only about 1/8" thick, and easily tangles. 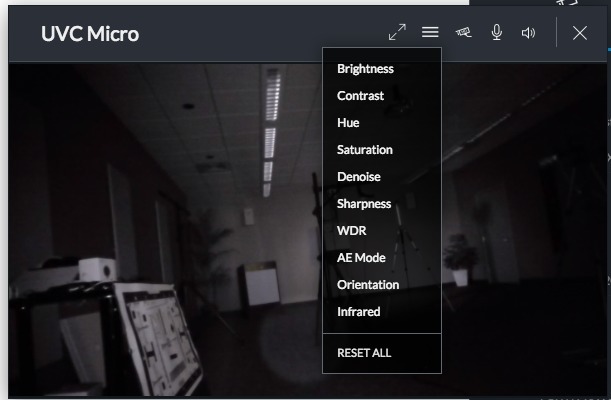 Unlike most cameras, the UVC Micro's web interface contains only basic settings, such as network information and user accounts/passwords: 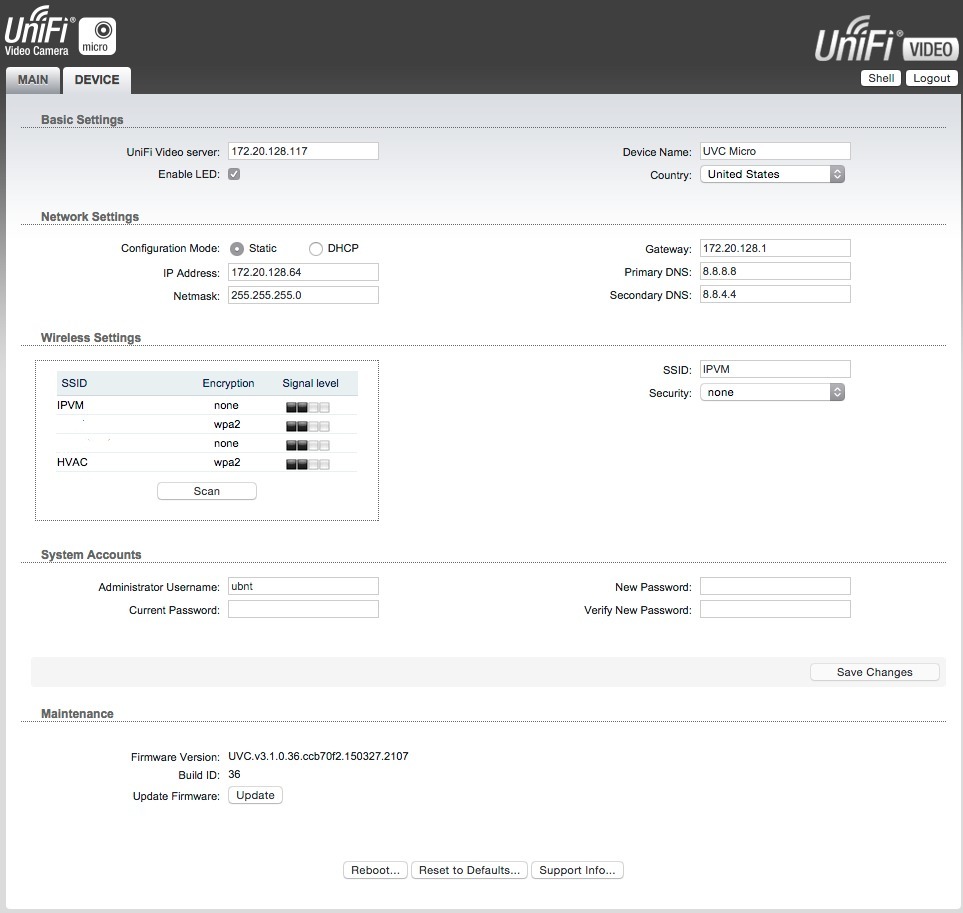 We tested the Micro's image quality against compact bullets from Dahua and Hikvision in the same ~$100 USD price range. Note that, as stated above, for the price of the UVC Micro, 1080p bullets are readily available (with increased IR range and third party integration), hence our camera selections for these comparisons.

The Ubiquiti Micro's IR illuminator performance was poor, with a very bright central hotspot overexposing the subject and chart, while the edges of the image remained dark. 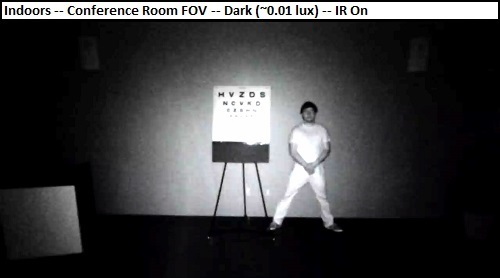 The practical difference is seen in the image comparisons below. The UVC Micro completely washes out the chart beyond line 3, while details of our subject are obscured. 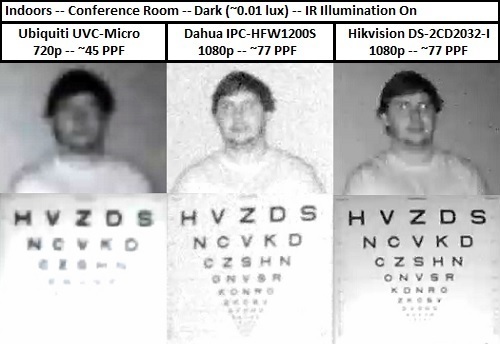 In full light, image quality was similar to other cameras, though unsurprisingly less detailed due to the Micro's lower PPF compared to the 1080p bullets. 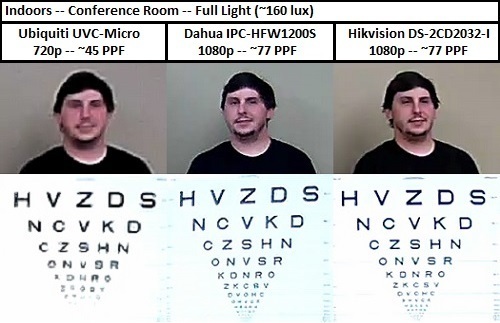 However, unlike other cameras, distortion was present at the edges of the FOV in the UBNT Micro, stretching objects such as the plants and podium below. This distortion was not seen in the center of the FOV. 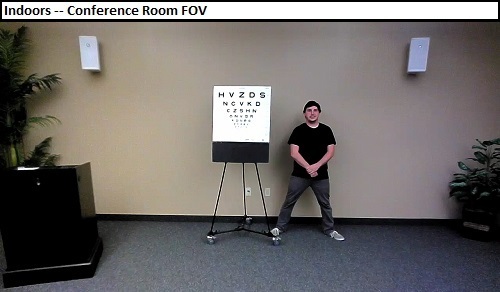 The UVC Micro does not directly integrate with third party VMSes, only Ubiquiti's UniFi NVR software/appliance. Those wishing to use it (or other UBNT cameras) with other VMSes may restream RTSP for one or more streams from the NVR, found in camera settings: 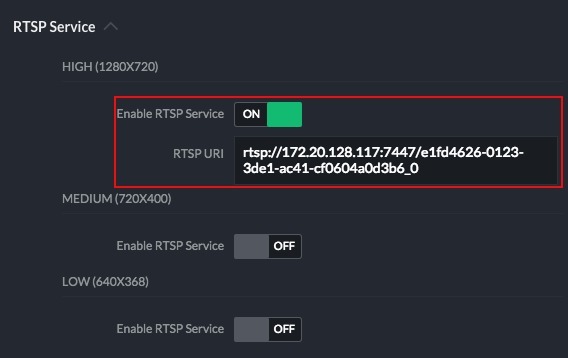 However, in our tests, this support was spotty, with Avigilon able to capture this stream properly, while it simply did not work in Exacq.

Most notable in our bandwidth tests was the UVC Micro's low light bitrate, only ~80 Kb/s, drastically lower than other cameras tested. This is due in part to its lower 720p resolution, as well as its poor low light performance, which much of the FOV dark and unusable.