Low-cost competition, particularly from China, is overwhelmingly the #1 complaint and the #1 fear of video surveillance manufacturers we surveyed. In this report, we share their concerns and analyze them.

They are fairly clear who is driving this:

However, at the same time, they are objecting to the quality of the offerings:

IPVM has tested a number of low costs products recently including:

Of course, this matches up perfectly with integrator's #1 IP camera problem - high cost.

How can anyone tell for sure if a camera is OEM or not? Where could anyone find out? Or is it unlikely that you can figure it out?

Here's our guidelines to determine if a manufacturer is phony (i.e., whether a camera is being OEMed/rebranded).

One other thing you can do is scan the camera with an IP scanner. A lot of them will check the MAC address, which is normally registered to the original manufacturer. This screen from Advanced IP Scanner shows this; the last camera most definitely not labeled DynaColor on the housing, but there it is via MAC address. 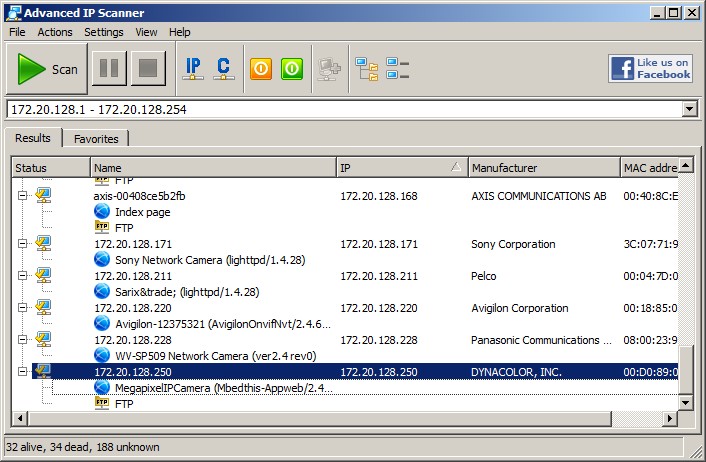 That's a great tip. Even if you don't have an IP scanner handy, there are several websites that reveal the same MAC details: 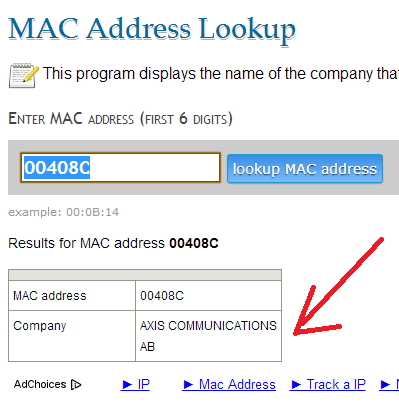 Happens in every industy - adapt or perish.

I agree with undisclosed integrator. Adapt or die. If a manufacturer wasnt planning on the Asian Invasion of this market, well then thats pretty poor planning on that particular manufacturer. From the article above I get the sense that some manufacturers have the attitude of "We have higher quality products but our customers cant tell the difference between our products and the ones from China that costs alot less" Again, this is just poor communication of their product to their customer. Either that or their product is simply overpriced compared to a similar product from China.

I kind of think the major manufacturers here brought it on themselves, too. When a mini-cam has built in IR, 2 way audio and SD all built in, that attracts potential buyers. So it's a cheap Asian camera that doesn't work very well or last very long. The big manufacturers should have already been on that front and doing it right, so when the cheaper version comes along, customers are already aware of and used to the quality. You'll always have customers who only look at price, but if you don't even have a product that matches a customers interest you're more likely to loose them.

Another common thing I hear from manufacturers when it comes to innovation is "We're working on that, but we don't want to release it until it's ready because we want to do it right." We'll, you should have done it right AND done it first.

Do you think Apple's iPhone would have had as much of the market share it has today if it had waited to release a capacitive touch screen to the point it came out after someone else did it first? If some cheap manufacturer had done it first, even if Apple came out soon after with a btter verison, they probably still would have taken over the lead from the originator, because they are Apple, but they would not have had as much market share than if they had done it FIRST and done it RIGHT.

Do it FIRST AND Do it RIGHT needs to be the mantra of the "high grade" manufacturers.

currently most cameras when connected via ONVIF reply with the name of "real" vendor.

Is it possible that maybe only a part of the camera, the PCB with the NIC on it, was OEM'd, but the rest of the camera is made by the manufcaturer...? Or maybe different parts OEM'd from different places? An OEM Frankenstein.....?

On the camera side, it's possible that the firmware / software was custom for the OEM (i.e., the hardware is the same but the camera 'manufacturer' added their own firmware / software). Of course, even then, it depends how much customization they did. Is it simply changing the logo on the camera's web interface or did they develop real features.

To expand on what John is saying, even with an OEM, ONVIF can report the brand customer. Same for mac addresses, active-x, digital signatures, etc. Just depends how deep the OEM customer wants to go to hide who they OEM from.