After burning through ~$50 million over the past decade, the former poster boy for wireless video surveillance, Firetide, has been acquired by a salvage specialist.

In this note, we examine what happened to Firetide, what the acquirer does and what this means for wireless video surveillance.

I think we are going to see a number of these 'old' surveillance startups exit this year unceremoniously. The market overall is slower, and the interest in investing in companies that have failed to deliver for so long is low.

Isn't this essentially what happened with Fluidmesh as well? They were bought up by another multi-faced IT centric holding company.

My understanding is that Fluidmesh is part of / associated with Avrio RMS (technically the holding company is Carrick Bend).

Either way, it appears to be a much more focused surveillance organization than Unicom.

Neither appeared to have been huge financial successes, but Fluidmesh had much lower investment and, from what I can tell, a much better acquirer fit for continuing their operations / approach.

Owned by Carrick Bend, but with a pretty substantial firewall between Fluid and Avrio. The folks at Carrick have a strong security background. Fluidmesh is a premium wireless product with better performance than firetide at a lower cost. I still love those guys....

I always had difficulty with Firetide sales. We brought them in on a large project where they would have helped design a small WWAN to cover a large hotel and about 4 surrounding city blocks. Even getting a sales person out there required repeated calls and escalation. Clearly, they were overtaxed from the beginning.

I'm glad we never got into them. I remember first reading about them on the way to my first ISC West when I first started in security. They looked interesting because unlike other wireless companies saying they were good for video networks, they actually provided performance and hypothetical numbers. But the pricing was astronomical; we could trench and entire parking lot for what they wanted for their access points.

That's unfortunate. I always had a great experience working with them from a support and design assistance stance, but they were perpetually understaffed. Their employees were pulling very long hours with constant travel, and to see it end like this is sad.

Clearly this is a sad moment in time. Great Company Product.

My own personal opinion:

Not enough diversification and limitations to large scale projects due to cost.

They did not market to all the market levels, Stay up with the integrator needs as a whole, and Keep up with the marketing campaigns.

Small, Medium, Large as a affordable option for all levels.

I went to training on their products and then realized they were mostly for the large scale project s at the time.

I thought as a whole they were mostly a proprietary company so we did not pursue the product. Due to Training, Certification, ongoing Cost for product

As the industry grew , too many competing companies developed an array of great products, that would do just as well or better and perform for a lot less cost.

This seems to show another example of why a company should not get to complacent and arrogant. There are way too may little companys with great ideas and concepts that can think outside the box and develop on a smaller scale for a lot less money.

With the Cost of business (overhead )what it is, constant reign on the financials is essential to the stability of a company.

You must control the cost and keep the sales ongoing, regardless of development and R&D. The Time Factor.

(The WOW Experience, Expectations of the public)

John! Tell me, is the subtitle pun intended? "End of an error"? Is there something else you'd like to say...?

With Firetide having gone the way of the dodo, (presumably), who does that leave other than Fluidmesh that does wireless mesh networks for video surveillance?

It's been several years, but I know Aruba Networks offered outdoor mesh for video surveillance and had some expertise on staff who knew the finer points.

My opinion is Fluidmesh might go the same way if they stay too focused on the security market instead of staying diverse to the general wireless market. Wireless is a means to an end. Plus Fluidmesh doesn't have any simple, cost effective point to point products that are cost competitive to other products like Ubiquiti or Engenius or such that are 90% of installations.

Richard, I am pretty sure Firetide will continue to sell the existing products. I just think this is a clear end to their ambitions to being a major wireless and/or surveillance company. I also suspect further development efforts will be reduced.

Comnet (netwave), KBC... I am not advocating for either specifically... we pretty much always do Fluidmesh... but I do have test units from both Comnet and KBC for my lab and they seem adequate.

I just heard about KBC as a wireless company 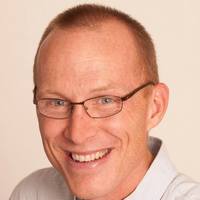 We have had good experiences with KBC, Avalan Wireless, and Ubiquiti. We have often encountered Firetide on energy projects - as the only approved vendor.

If anyone is interested in enterprise grade mesh networks I would recommend some of the dominate players in that space (Ruckus, Aruba, Cisco, Cisco/Meraki, Motorola, Aerohive, etc...) Plenty of options out there depending on the solution you are looking for. As with many products you get what you pay for so in my personal opinion if wireless is needed I would avoid the cheapest solution.

Update: Firetide's leadership / management page has been deleted (here's the cached version). It was replaced with a tribute profile of Unicom's CEO.

I am not sure where Firetide's exciting management team has gone, but this is not a bullish sign for them.

Guys, this is Cosimo Malesci, Fluidmesh co-founder and VP Sales and Marketing. I have been following some of the conversations here on IPVM regarding the Firetide acquisition and the wireless CCTV market and wanted to share my two cents on the topic. I think there are some interesting insights on entrepreneurship and innovation in the security market that can be drawn from what happened.

I want to start by saying that Firetide has always been a good competitor for us over the years and we have definitely learned a lot from them (and hopefully they have learned a few things from us). Mostly we feel we have helped each other out by creating awareness about wireless in the video surveillance marketplace. Although we don’t know if and how things are going to change for them in the post-acquisition phase, we wish them a bright future and a lot of success.

I believe that to fully understand the reasoning behind what happened, we need to go back to 2001 when Firetide started. At that time mesh was the ‘hot’ technology in wireless mostly due to the muni-wi-fi bubble. As a consequence, many mesh companies managed to raise a lot of VC money. When the muni-wifi bubble bursted, the mesh companies that survived tried to pivot by landing in different markets: some landed in the video surveillance space, others in the smart-grid space, etc. As John has already highlighted, the wireless video surveillance market is fairly small which makes it extremely challenging to deliver the returns that a VC expects. This is where a lot of the troubles begun and you know how things evolved from there.

As some of you are concerned with the future of Fluidmesh and questioning if companies like us will be able to survive given the small and ever evolving nature of the wireless cctv space, I will share with you our story hoping to clear some of the confusions. We started Fluidmesh in 2005 as MIT students and since day one we decided to focus on wireless solutions for video surveillance. The muni-wifi bubble had just burst and we had a feeling the market we were going after was substantially less than $1B. We decided to play it safe and bootstrap the company instead of seeking VC money. The fact that we had a limited initial investment allowed us to turn the company profitable in quite a short time and we have managed to keep it that way since then. We were free to grow the business as much as we felt reasonable and now, looking back, this was the best decision we ever took. In 2011 Fluidmesh become a portfolio company of two private equity firms in Chicago. We wanted to have wider shoulders, leverage the experience of professional investors, and start some additional technology developments. Still we, as founders, kept a significant portion of the company and we are still running the business. It has been a good move and we feel it has allowed us to step things up a notch. Given how we are structured, the size of the market is large enough for us to be succesful and profitable. Because of this, we will continue innovating to find new ways to deliver better and more cost effective solutions to the market. We see a pretty bright future ahead of us.

We feel that wireless backhauling will be playing an increasingly important role in physical security in the coming years and we are very excited to be part of this ‘wireless revolution’. With video surveillance becoming wide spread and security cameras becoming more affordable, the need for wireless is greater than ever. We welcome these new challenges on a daily basis as they will give many wireless companies the opportunity to innovate, grow, and deliver better solutions to the marketplace.