Crowdfunding is becoming a popular source of raising money. In the last five years, interest has gone from nearly nothing to more than  $700 million raised. Even security technology startups are doing it successfully (see Pixy, Canary, the NFC ring as examples).

Now, a security integrator from Flint, Michigan has started the Big Brother Project, a crowdfunding effort to raise $30,000 for a school surveillance system. Can they match the success of security technology startups?

Flint, Michigan. Last year it had the highest violent crime rate in the nation for cities with more than 100,000 people. It was named by Forbes magazine, one of the most violent cities for women.

eos Business Surveillance Solutions started the Big Brother Project as an effort to “provide surveillance systems to low income areas or organizations who may not otherwise be able to afford them.”

“We wanted to find someone with a well defined need ... and provide them with surveillance,” said Luke McKay, marketing director for the company.

For its first major undertaking, it has partnered with Greater Heights Academy, a free public charter school in Flint, to raise money to install a surveillance camera network. Through Indiegogo, the organizations are trying to raise $30,000 in 60 days.

Here is the promotional video for the project:

McKay says $25,000 will go toward installation and equipment, and the rest will go toward the “perks” they will provider to donors. A $1,000 donation up to five contributors can have a plaque put up in the school in their honor, for example. A $50 donation will earn a person a “Big Brother” t-shirt. Funders who donate $25 can receive the follow Big Brother poster with the company president’s face on it: 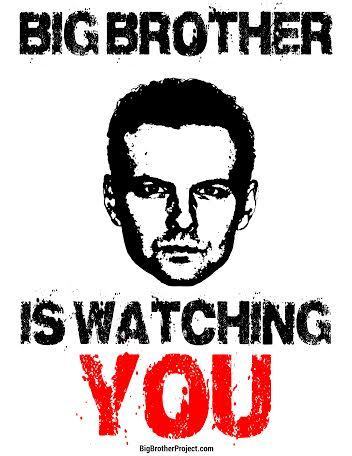 The school and the integrator are still working to finalize the statement of work, but McKay says Geovision cameras have been specified for the project.

The school will get around 25 IP cameras (1.3MP, 2.0MP, and a 5MP panoramic for the gym) and a two analog cameras. The camera watching the front doors will be an analog camera hardwired to its own monitor separate from the rest of the system and will work alongside the “buzz-in” door.

“It’s just an auxiliary feed so administrators can have a live feed on their monitors. So instead of running multi-view on a desktop computer or putting in a decoder box it just goes to a separate monitor,” he said. The school does not have any security staff and the cameras will not be monitored live, but the equipment includes iPad for the director to access live views when needed and a 32 inch LCD monitor for the front office.

The cameras will run on a Geovision VMS and footage will be recorded at 10fps to a hybrid server and stored for 30 days.

eos Business Surveillance Solutions says it aims to change the public’s view of surveillance through the Big Brother Project by reclaiming the term:

“Big Brother in surveillance is often synonymous with the government overreach and one of the things that often isn’t discussed in those conversations are the benefits of surveillance. We’re trying to take a term with a negative connotation and make it mean something where people think of taking ownership of their security and taking safety and putting it into their own hands. We want Big Brother to mean something more brotherly, like watching over your neighbors and your community.”

The integrator is working to get nonprofit status for the Big Brother Project.

“We eventually want to have the resources to do these types of installations at will,” he said.

Three days after launching the campaign, no one has contributed. Indeed, trying to reclaim the term 'Big Brother' appears quixotic and more likely to scare contributors than motivate them.

On the other hand, what options does this small charter school in an impoverished city have to get a surveillance system?

The Big Brother Project says Geovision has donated cameras for the Greater Heights Academy project. Unfortunately, the project has only raised a total of $60 so far. The project has 39 days to raise the remaining $29,940.