After years of supplying their analytics only on their own cameras, VideoIQ released the Rialto series in 2013, allowing third party cameras to be used. We tested the Rialto with 7 cameras from major manufacturers Axis, Bosch, Sony, and Avigilon (who recently acquired VideoIQ), and put them up against VideoIQ's own HD dome, the iCVR.

We tested in two scenes, an open field, typical of many perimeter protection scenarios: 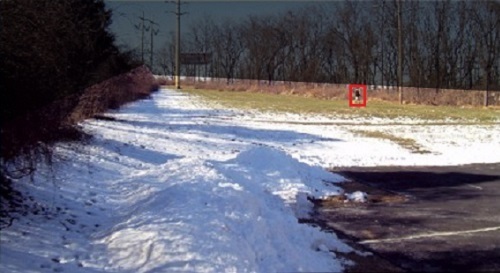 And a parking lot/driveway, monitoring vehicles in addition to human targets: 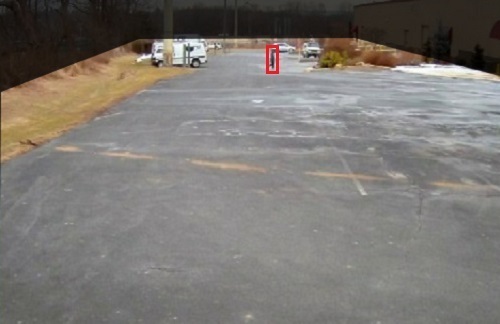 In order to answer the following questions:

The Rialto is also available in a rackmount R version capable of handling up to 8 HD channels in 1RU. Compared to VideoIQ's own HD cameras, the Rialto R is expensive at small channel counts. Again assuming a third-party outdoor 1080p camera costs ~$1,000, and an iCVR-HD sells for ~$1,900, the Rialto is more expensive until about six channels, when costs are about equal.

In systems with existing cameras, the Rialto may still be preferable, depending on where cameras are mounted, as labor costs to remove and replace cameras could make up this difference.

Overall, third part cameras worked as well as, or better than VideoIQ's own HD model. This may make it especially attractive to in existing systems where switching to VideoIQ cameras when analytics were desired was cost prohibitive. Additionally, for those integrators who prefer to keep working with their preferred camera line, the Rialto is a good choice.

This brief video reviews the physical construction of the Rialto I4:

In this video, we review the process for adding cameras, and provide a brief overview of configuring rules and regions of interest:

Detection of humans performed best when the subject crossed the field of view, as VideoIQ's classifiers could better detect the object's movement as a person. 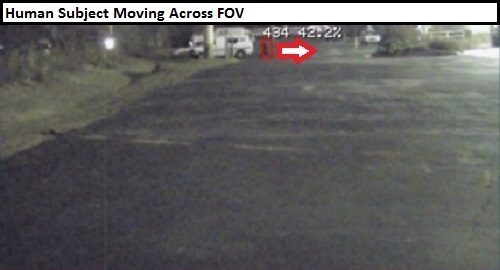 With the subject moving toward the camera, we can see that VideoIQ's confidence in the object classification is much lower (15% vs. 42% above), despite the subject being closer to the camera. 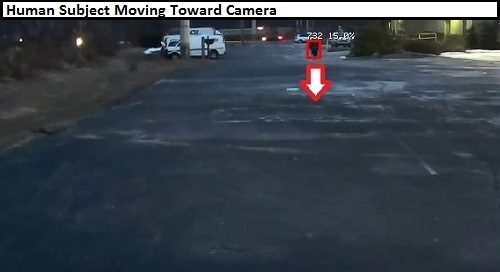 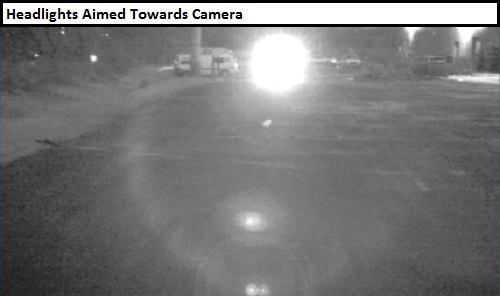 Taillights, though still very bright, did not cause the same issue. 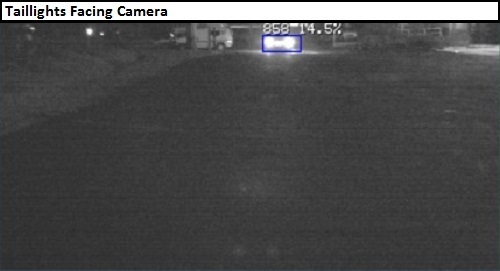 When using the Axis P3354 with the Rialto, visible noise was frequently seen as objects, shown by the yellow boxes in the image below. Other cameras did not cause this issue. Note that these detections also did not trigger alarms as they were very fast and small, not crossing the alarm threshold. 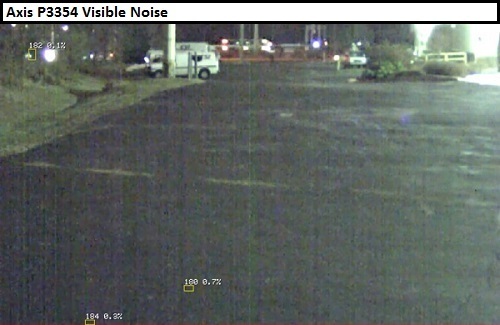 We tested the Rialto and cameras in two scenes: an open field with vegetation on multiple sides, ~600' long, to test with human subjects, and a parking lot, including driveway entrance, ~430' long, to test both human and vehicle performance.

This overhead view shows the approximate distances cited in this test:

First, we tested in full daylight, as seen in this FOV: 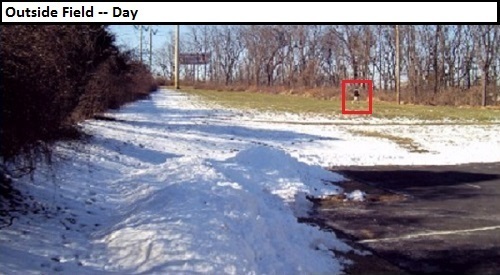 Next, we tested all cameras at night, with light levels dropping to 1 lux and below: 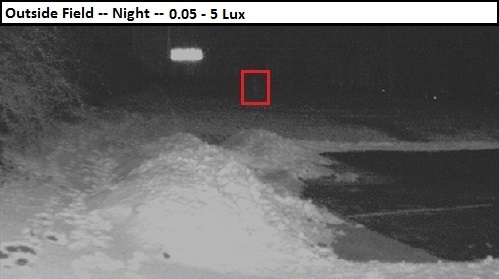 Detection performance was greatly reduced in all cameras, even super low light models such as the Bosch NBN-733V and Axis P3354. The scene is simply too dark with contrast too low to classify objects, varying from about 5 lux in the near FOV to ~0.05 lux at the far end of the field.

Distances are shown on this aerial view:

This field of view shot shows the scene: 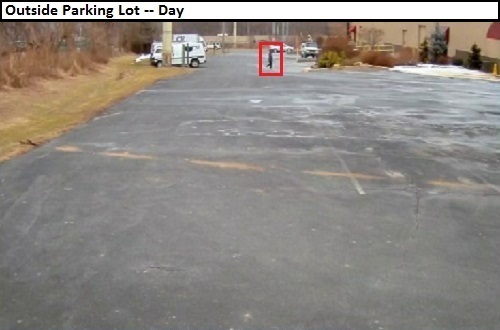 Detection of our human subject varied from 250 to 350 feet. Detection of 1080p cameras was generally better than 720p by 50-100', but this scene was simply more difficult, with less contrast between our subject and the background than we saw in our field scene.

Finally, we tested all cameras in this scene at night, as well. Light levels were around 1 - 5 lux due to the building's outdoor lighting. 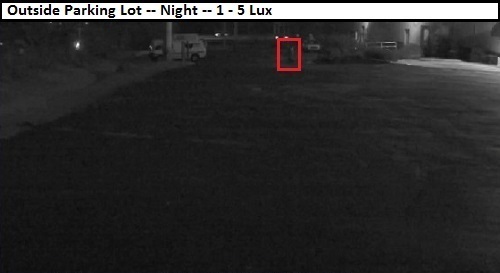 Performance again decreased significantly. Detection of vehicles was possible only within the parking lot, not the road. Detection of our human subject dropped to 100-250'. In this case, low light cameras such as the Axis P3354, Bosch NBN-733V, and Sony VB600 outperformed other cameras by 100'+.

All devices were upgraded to the latest firmware and factory defaulted prior to testing. Cameras were standardized at 1/30s shutter speed, with other settings left default. Current firmware versions:

Axis Is Losing Ground on Nov 16, 2020
Axis is losing ground, as the market shifts to analytics and cloud, and the...
Ranking Video Analytic Architectures on May 13, 2016
Video analytics may be implemented in a number of fundamentally different...
More Revolutionary Than Avigilon, Claims Startup Auglle on Apr 21, 2016
Startup Auglle is bringing an "all in one" camera to market that they claim...
VCA's Open Video Analytics Appliance Challenges Avigilon on Mar 29, 2016
Many want an option to add video analytics to existing IP cameras. In the...
The $500 FLIR Thermal Camera Tested on Jun 19, 2015
$5,000 thermal cameras were super 'cheap' not too long ago. Then $2,000...
Avigilon Acquires All ObjectVideo Patents for $80 Million USD on Dec 18, 2014
Wow. You thought Object Video played hardball suing large manufacturers like...
Avigilon Analytic Cameras Tested 2014 on Nov 12, 2014
Analytics remains the 'next big thing' But supply of high quality, ease to...
Industry News Roundup May 2014 on May 23, 2014
Monitoring over 100 surveillance sites, the IPVM Spider picks up 300+ pieces...
Comments (16) : Subscribers only. Login. or Join.