Using smartphones as surveillance cameras is one of the biggest trends in 2012, with multiple manufacturers announcing apps. These apps allow live video to be streamed from the phone's camera directly to a VMS, for viewing and recording by central operators, providing live coverage of incidents as they occur. While most of these apps are proprietary to the VMS, at least one open platform option is available

In this report, we test one of these apps, AirBeam, for iOS. This brief video overviews the app, streaming video in real-time to a VMS system.

There are several key limitations to remember when considering AirBeam as part of your surveillance system:

AirBeam's lack of ONVIF/RTSP and 3G/4G support are the most limiting factors of the application. For organizations using VMSs without HTTP support, including most major manufacturers, it is simply not an option. Furthermore, the lack of 3G/4G support prevents it from being used in public or wide open spaces without Wi-Fi access, limiting its adoption by many police and security forces.

However, there are two potential fits where AirBeam may work well:

This video walks users through the configuration of the app, including framerate and resolution, UPnP settings, and audio and motion detection options. 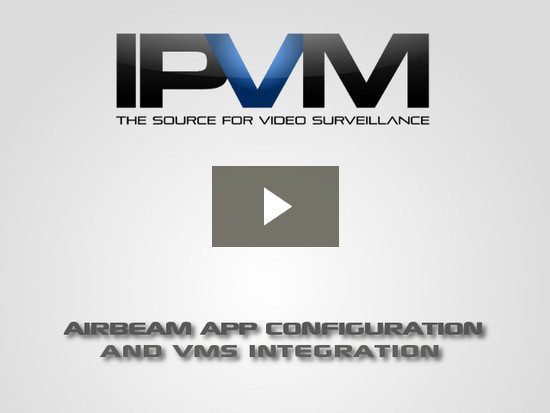