Integrated IR continues to be a growing trend, moving into cameras at both the high and low ends of the spectrum. One new model from Geovision, the 1.3MP GV-UBX1301 [link no longer available] claims 10m illumination range and adaptive IR at a price point barely above $200. To see how this model stacks up we tested it against competitive low cost models from Pelco and ACTi, and integrated IR models from Axis and Q-See. 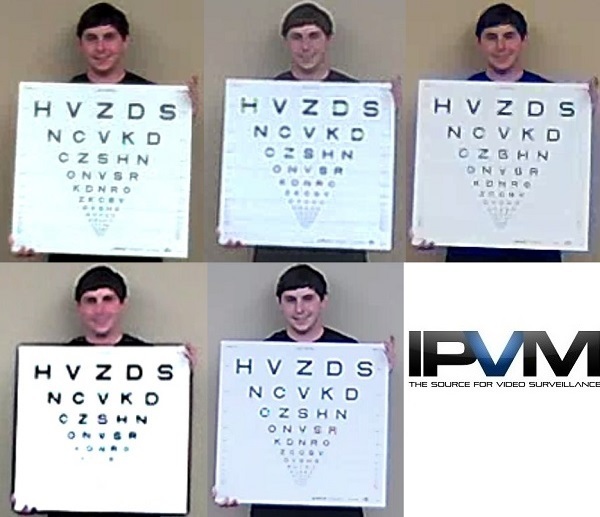 And below 1 lux to test IR range and performance:

Here are our key takeaways from this test:

The 1.3MP Geovision GV-UBX1301 [link no longer available] sells for ~$220 USD Online. By comparison, cameras tested against the GV-UBX1301 included:

The GV-UBX1301 best fit is for those seeking a low cost, small form factor, indoor camera with integrated IR, especially considering its adaptive IR capabilities. However, it is best suited to smaller, enclosed areas (~20x20) due to its limited illuminator range.

Of the cameras tested, the Q-See / Dahua one was the strongest overall competitor, given its even lower price and integrated IR.

Below is our physical overview of the GV-UBX1301. Note the compact size of the camera compared to other box cameras.

This video reviews the web interface of the UBX1301. Most notably, IE should be used for configuration. Several key configuration options, including shutter speed, WDR, motion detection, and more, are unavailable in other browsers.

The Geovision camera was able to dynamically adjust IR power for subjects close to the scene, as demonstrated in this comparison below.

Typical of such adjustments, the reduced IR power for near field subjects causes the far field to become black/dark.

We found that the UBX1301's maximum usable IR illumination range was about 20', 10' short of their specified 30'/10m range. The image below shows our subject at increasing distances from the camera, comparing IR performance of each.

This image shows the relative FOVs of the five cameras in the test. Cameras were mounted separate from each other in order to account for differences in horizontal FOV. Differences seen in the comparison below are due to perspective, with some cameras located more to left or right of center. 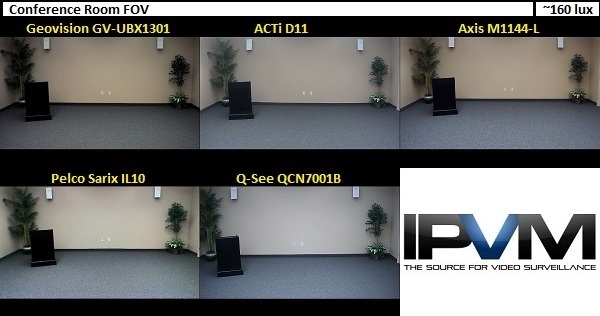 In full light, the GV-UBX1301 provides strong details of both our subject and chart, with no artifacting or overexposure issues seen in some other cameras. 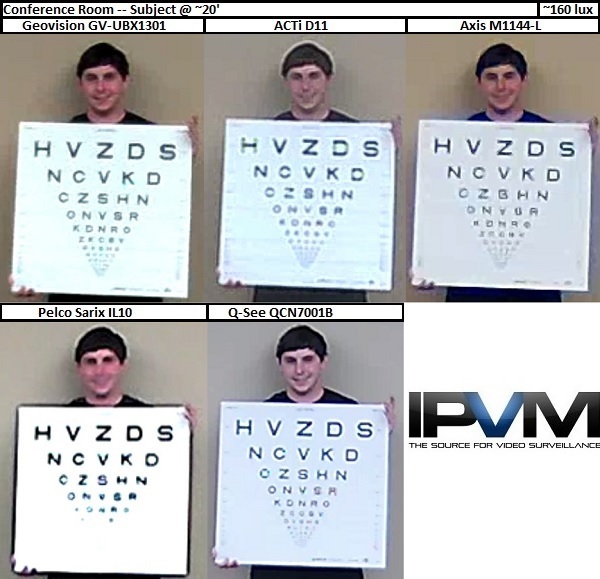 Below 1 lux, the Geovision camera lags behind Axis and Q-See due to weaker IR illumination, with details of the subject and chart becoming hard to discern. Note that this range, 20', is short of the camera's specified IR range (10m/~32'). Both the Axis M1144-L and QCN-7001B are specified with longer IR ranges.

We tested the cameras in an open office scene to assess image quality at greater distances. This image shows the cameras FOVs. 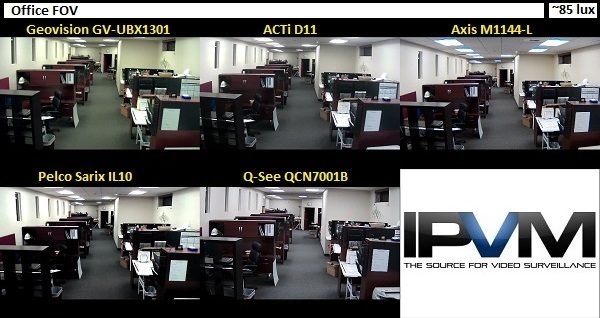 In an open office scene, full light performance is typical of what we saw in the conference room. Geovision provides good details with our subject at ~20'. 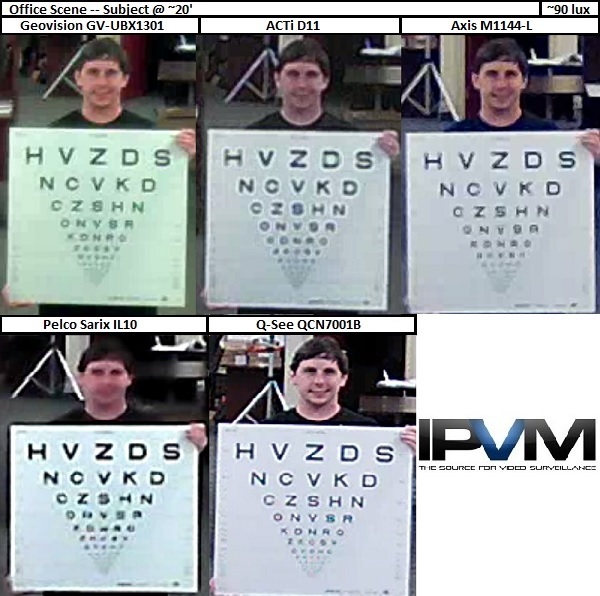 Doubling target distance, details are reduced, but remain stronger than most competitive cameras, with the chart easier to read and the subject more easily identifiable than in all other cameras but Axis. 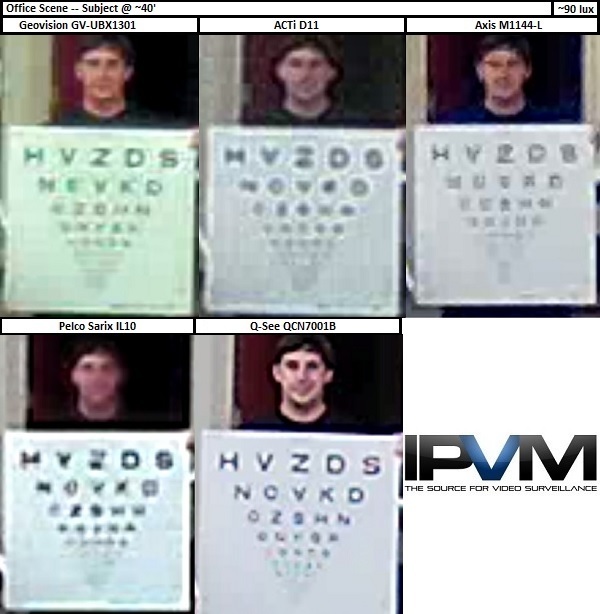 Below 1 lux in this scene, with fewer reflective surfaces behind the subject he is more visible than in the conference room at the same distance. The chart is more easily readable, as well. However, Geovision's weaker IR still provides fewer details than other cameras.

Finally, we tested the cameras in a warehouse, another scenario where interior IR may be useful. The image below compares the IR illumination patterns of the three cameras tested. Note that while it is fairly even across the FOV, Geovision's illumination is much weaker than the other two models, producing an overall darker image.

With all lights off, once again Geovision's IR power results in fewer details of our subject and chart. 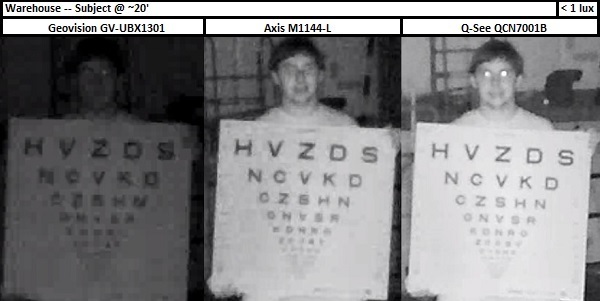 We tested bandwidth in both full light and dark scenes with IR on. The chart below compares bandwidth consumption on all cameras. The UBX1301 was below average in both light levels, using their default "Standard" compression setting (quantization 30). Note that the Pelco IL10 uses CBR encoding only, with a bitrate of 3 Mb/s.

All cameras were tested at default settings, except for shutter speed, which was standardized at 1/30s. The following firmware versions were used in this test: