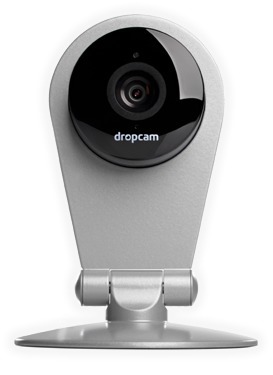 Dropcam is pretty clearly the strongest upstart in the VSaaS market. While Axis has pushed their hosted service offering for years, it is beset by poor ROI and weak performance. There are dozens of other VSaaS Startups but no one matches Dropcam's relatively huge VC funding and dominance on Amazon. However, is Dropcam just a sales and marketing play?

To find out, we bought a Dropcam HD and tested it. If you are interested in consumer use, there's 600+ Amazon reviews as well as a teenage blogger's video review [link no longer available] that we found impressive.

Here is what makes Dropcam easier to use than essentially any other VSaaS / IP camera offering:

Here is a video that demonstrates each of these key usability points:

While it takes about 5 - 10 minutes to setup, more than the claimed '60 seconds', there are really no intellectually complex nor difficult decisions to be made. As such, the risk that a user gets lost or gives up is quite low. This is clearly the most important differentiator.

Dropcam has very few features, fairly consistent with other home / consumer offerings. Here's an overview of them:

However, there are 2 key features that stand out:

Dropcam uses an Ambarella chip, like many other surveillance products. Ambarella actually has a reference design for similar miniature cameras. Here's what it looks like: 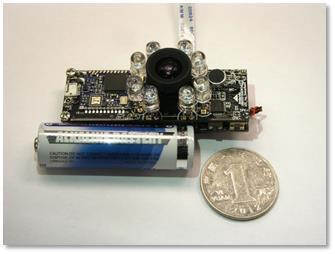 Last, but certainly not least, Dropcam's HD is not 'really' HD. The pixel count is certainly 1280 x 720 but Dropcam generally uses such heavy compression to fit in its low bandwidth allocation that the resulting quality is far lower than HD. For instance, in our testing, most professional IP cameras use a quantization level between 27 - 30. However, Dropcam typically uses a far higher level (almost 40), which significantly reduces visible quality. For background, see our video quality and how to measure video compression tutorials. The screencast below examines Dropcam's quality and compression levels:

Dropcam estimates 200Kb/s stream though, in our tests, it was typically closer to 100Kb/s. Either way, for a 720p / 15fps feed, that bandwidth level is far too low to deliver HD video without very high compression that degrades video quality in all but the simplest scenes.

We estimate that Dropcam spends ~$1 per month or less for storage/bandwidth for their $9.95 seven days storage plan (based on large scale Amazon storage pricing as a metric and assuming ~10GB of storage per account). Lowering the compression level to give 'true' HD quality could easily triple their ongoing costs. That said, for consumer use, it is probably good enough, unless they had a strong direct competitor that offered full HD with edge storage but that's not a practical threat for them today.

Goodbye Dropcam, the $50 Home Security Camera Era Is Here on Feb 10, 2016
Remember those days not too long ago where a $200 home security camera with a...
Startup: Smoke Detector As a Security System on Aug 28, 2014
Fresh off a successful fundraising campaign, Novi Security is making some...
Google Acquires Dropcam For $555 Million on Jun 20, 2014
Google, via its Nest Labs subsidiary, has acquired home security specialist...
Comments (16) : Subscribers only. Login. or Join.