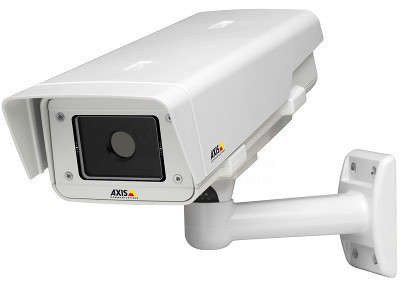 Over the last few year, Axis has expanded into thermal cameras. While the company is well known and respected for conventional IP cameras, thermal is outside their historic sweet spot, raising questions of how well would their thermal offerings compete.

We put the Axis Q1921-E and Q1922-E to the test against FLIR, DRS, Pelco and Sightlogix to see how Axis's thermal image quality and usability matched up.

In both close and far range tests, Axis performed better than average, though was not top in either category. However, it performed well without any image quality enhancements, with all settings left defaulted and equalization set to automatic.

Additionally, due to Axis' widespread use and position in the market, users may prefer it due to its many direct integrations and familiar web interface. Other cameras in our tests have no web interface, requiring an external program for configuration, and some integrate only via ONVIF.

In this video, we provide a physical overview of the Axis Q19. Users should note:

We provide an overview of the Q19's web interface in this screencast. Axis users will find few surprises here, as the Q19 series uses the same web interface as other models, with only a few additions:

In our thermal camera shootout, Axis' Q19 models provided good detail at near range. In both Axis cameras, highlighted below, the subject's clothing is more distinguishable than in competitive images, with the exception of Pelco. Pelco edges out Axis by showing the subject's glasses, not seen in any other image. Interestingly, both Pelco and Axis use the same OEM thermal cores. Generally, thermal cameras are considered for detection only, but details such as clothing may be useful in identifying subjects post-event. 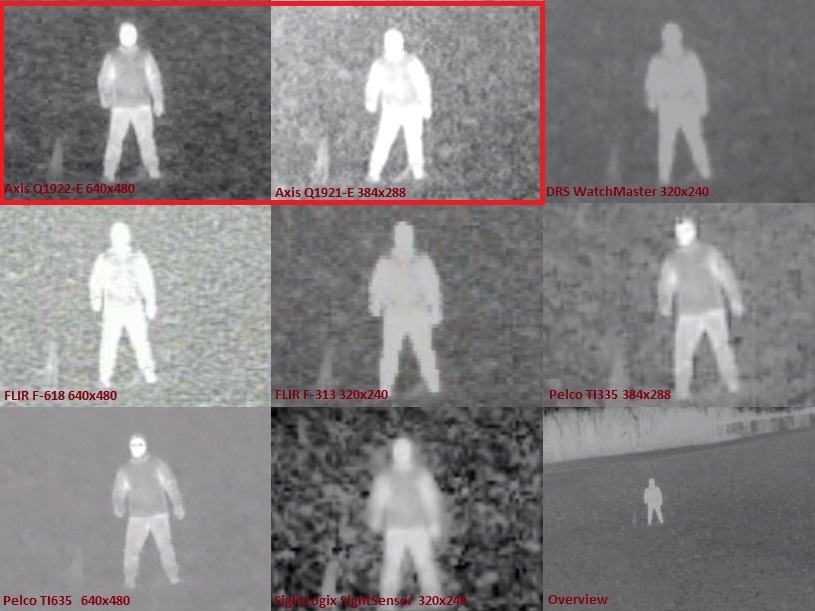 At ~1,800', detection capability was good in the VGA Q1922, with the subject relatively easy to spot against the trees in the background. Contrast in the 384x288 Q1921 was not quite as high, making the subject more difficult to spot. Note that the only adjustment made to the Axis cameras in this scene was to change the equalization zone to exclude sky in the image. 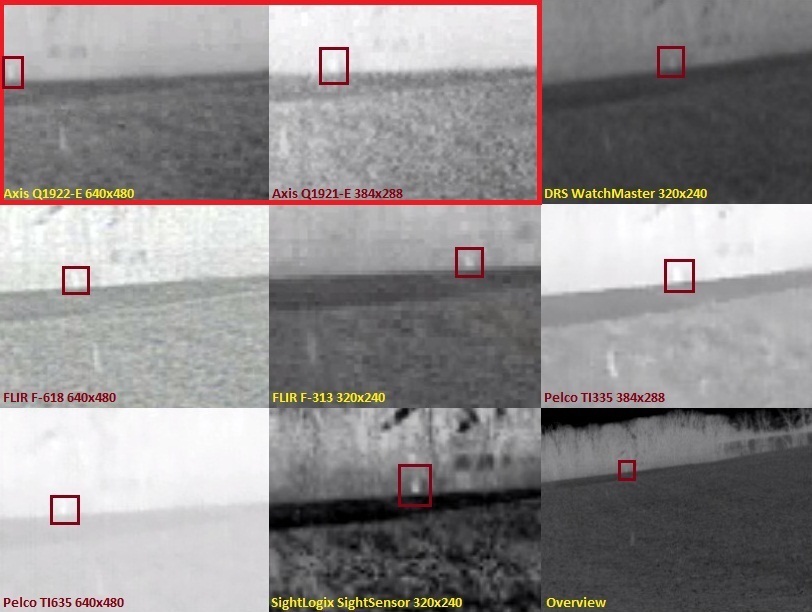