It takes the pain out of getting precise focus manually, especially important for hard to reach cameras. However, some question the accuracy of autofocusing versus manual where a human can carefully determine and verify best focus.

We tested 6 cameras in multiple scenes, starting indoors at full light (~160 lux), then in the dark (~2 lux), and then outside in the daytime.  The cameras used for testing were:

In general, autofocus performs well and may be trusted, potentially saving substantial time in installation. We also found this to be true regardless of what objects are in the scene (subjects, test charts, etc.).

However, there are two key caveats to this:

First, we started indoors in our conference room scene in at full light (~160 lux) with cameras pointed at a blank wall. Below is a focused FOV image of the scene. 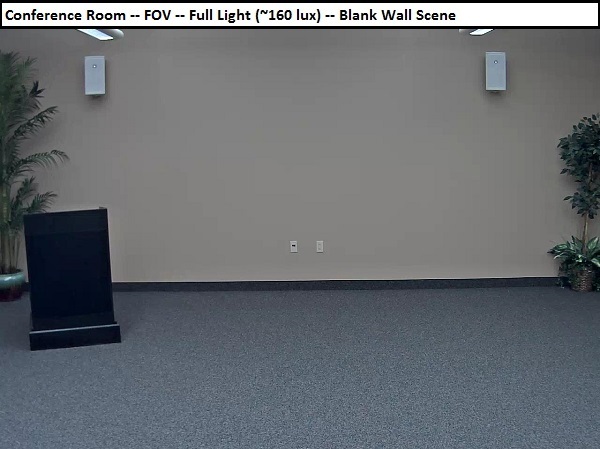 The Sony SNC-VB600 was the only camera that did not fully focus properly, and this can be seen by looking at the plant on the right side of the image. 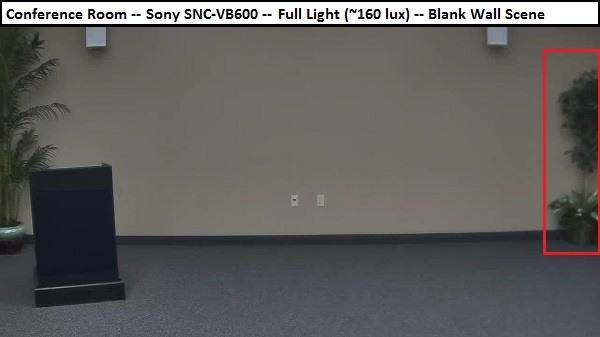 With Test Chart In Scene 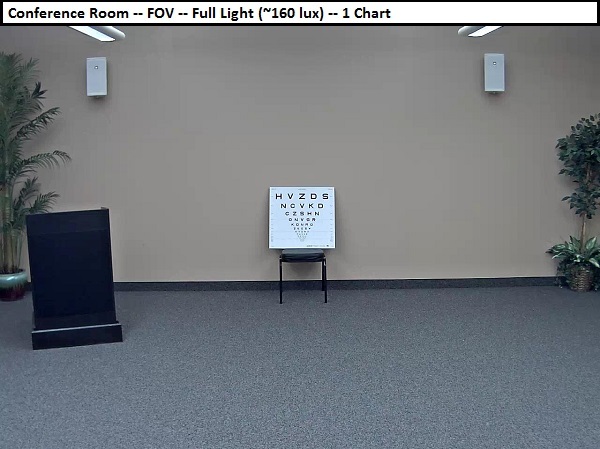 With the chart included in the FOV, no cameras had any trouble focusing, including the Sony VB600, which had difficulty with the blank wall.

In the same scene as our full light indoor testing, we tested the cameras in a low-light (~2 lux) environment. All cameras were set to night mode, with a 1/30 exposure. We are not testing the cameras low light performance, only how well they did focusing on a low light scene.

This was the hardest scene for camera autofocusing, with nothing in the FOV. 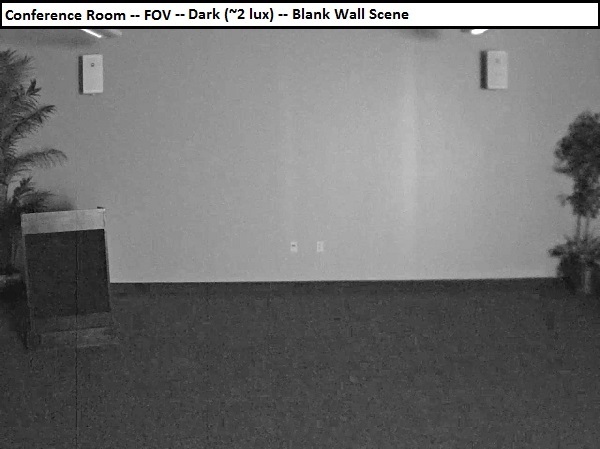 The Avigilon 1.0-H3-B2, Bosch NBN-932V, and Samsung SNB-5004 cameras were the worst performers in this scene, unable to produce a usable, focused image, and required multiple manual focusing attempts to get the correct focus. Below is an image showing these three cameras after autofocusing.

With Chart In Scene

With one chart in the scene, all cameras were able to produce a clear, focused image. 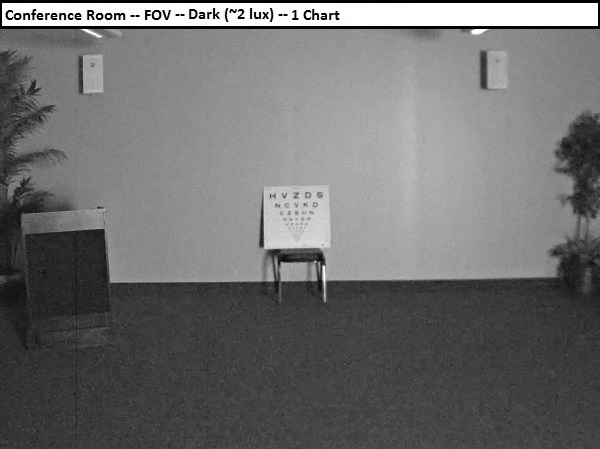 We tested in an outdoor parking lot to see what effects a more complex scene with a deep field of view had, with multiple objects in the foreground and background, including moving cars.

We started with no charts or defined focal points, and simply had the cameras autofocus on the scene. The FOV of the scene is presented below. 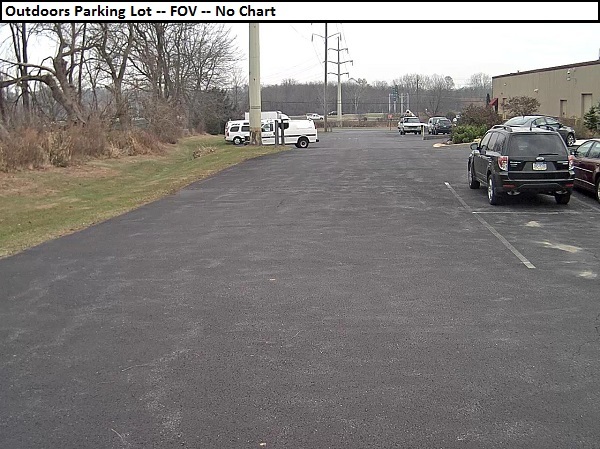 All cameras were seemingly able to focus accurately in this scene. However, we then shot the same scene with the same charts we used from inside. Below is the FOV. 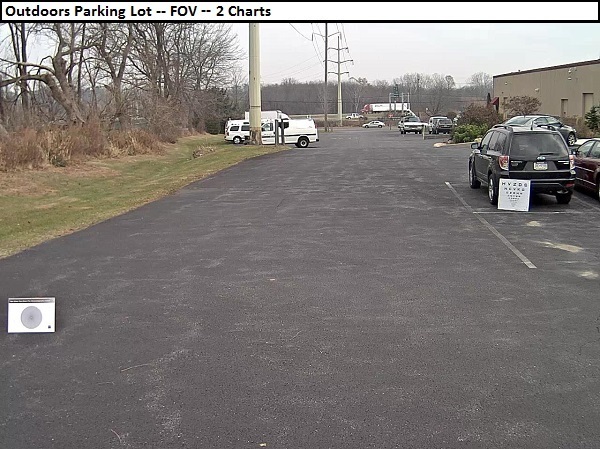 Placing these charts in the scene did not change the cameras' autofocus performance in any way. However, close inspection of the eye chart reveals the effects of sharpness on cameras' apparent focus.

For example, though all three of the cameras below are at their optimal focus point, varying levels of sharpness make the chart appear very different, so much so that the softest chart may look out of focus to some. Users should be careful to account for this when focusing and recognize the difference between soft and out of focus cameras.