Not too long ago, panoramic cameras typically cost $1,000 or more. In the past year, the prices have come down significantly, where $500 or $600 is feasible.

Now, ACTi has been running a crazy promotion where they are selling their new E96 panoramic camera for ~$200 USD. Indeed, even the regular price appears to be just about $400.

Because of the low price and the potential to expand panoramic use, we bought an ACTi E96 and put it to the test. 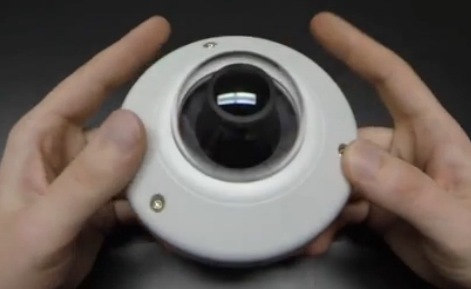 The E96 is the least expensive 5MP panoramic camera we have reviewed/tested, compared to:

Though the E96's image quality is average, considering its low price those seeking a panoramic camera for small well lit areas may find it a good fit. If low light performance is a key concern, other options should be considered.

In this video, we review the E96's physical construction:

And this screencast reviews E96 integration with Exacq, one of the first VMSs to support the camera:

In this test, we chose two of the leading 5MP cameras from our panoramic camera shootout, as well as the 3MP Brickcom MD-300Np, previously the lowest cost panoramic camera we have tested. We tested these four cameras in an indoor conference room at ~160 lux and again at ~1 lux.

At close range (~6'), the E96 delivers good details of our subject and chart, though is more washed out than other cameras tested.

At 12', details are reduced, with the chart illegible past line 3. The E96 delivers details of the subject roughly on par with the Axis M3007 and Vivotek FE8172V, though not as clear as the Brickcom MD-300Np.

Finally, at 18', the E96 delivers fewer details than other cameras, with the subject's face very blurred and the chart nearly illegible even at line 1.

At close range, ~1 lux, the E96 provides no details of our subject (only truly visible in the Axis M3007), and the chart is legible only at line 1.

At 12', the chart is completely illegible, while line 1 can be made out in other cameras. Subject details are obscured in all cameras.

Finally, at 18', only detection is possible, with no details in any camera. The E96 has the most difficultly clearly detecting the subject in this scene.

The ACTi E96 had the lowest bandwidth consumption of any camera in this test, especially in low light (though it produced notably dimmer images at 1 lux and below).

The cameras were set to default settings, except exposure, which was normalized at 1/30s. The following firmware versions were used in testing: