How do you protect seasonal worksites or temporary storage areas? This is a frequent request of many end-users to their alarm providers, with no easy answer. At the recent NRF-LP show, StopTech showed a completely wireless intrusion alarm system. In the following note, we examine the 'Centurion Scout II [link no longer available]' and analyse its value proposition.

From the start, the system is designed to operate wirelessly, with no cabling needed for power nor communication. Both the alarm panel 'head end' and the compatible alarm sensors are battery powered, however 110 VAC mains power can be used if available. The head end panel provides several methods of notification options - if paired with a mobile phone, the unit can dial any phone number or central station, or a local notification option to key a two-way handheld radio. The alarm message itself is a custome voice-recorded notification up to 20 seconds in length. 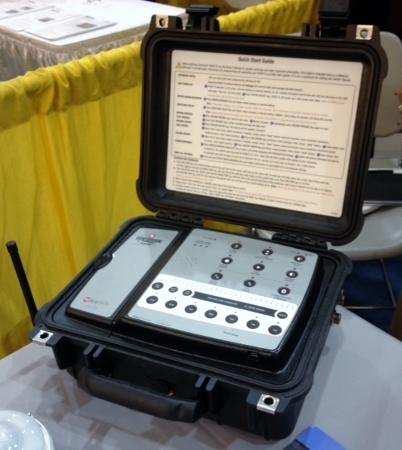 The all-wireless intrusion alarm system is packaged in a water-resistant, padlockable enclosure. The durability and weather rating of the companion sensors are wholly dependent on sensor designs selected; not all sensors will match the ruggedized construction of the head end unit.

This kit could prove to be useful in a variety of applications. For retail applications, this system can be deployed to secure seasonal sales areas or temporary container storage. For the construction industry, this system could be used in job site trailers, tool storage boxes, and material laydown yards. The manufacturer also explains one recent application where Scout II was used to provide an ad-hoc intrusion detection for a vacant 'dark' property, without requiring additional contracted electrical, phone or alarm service. The manufacturer explains that 'Scout II' can be considered for any situation where a intrusion alarm is quickly and temporarily needed.

The system uses Inovonics' 'Echo Stream' [link no longer available] 900MHz RF technology that forms that basis of many other 'wireless' monitoring technologies. The same platform is licensed for use in nursecall systems, perimeter detection sensors, and other intrusion alarm technologies. While some risk of unreliable communication with endpoints is always present when using wireless transmission, 'Echo Steam' has proven to be very reliable employed in this type of system.

While the 'Scout II' system can functionally be deployed in the same applications as 'traditional' intrusion systems, there is a premium for the self-contained transportable design of the system:

The main cost driver for the system, and the fundamental difference it offers compared to expanding an existing system, is the ruggedized 'head end' unit. The additional cost of this unit raises system price 5 times compared to using zone expanders. However, the wireless, battery powered design means that can be used in areas where no electricity, much less existing intrusion systems are deployed, which is an unique advantage of 'Scout II'. While other 'quick deployment' intrusion systems exist, none are designed with ruggedized, stand-alone head-end that 'Scout II' offers. 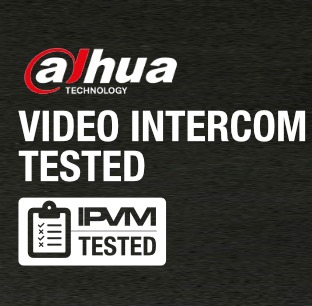 Dahua Intercom Tested on Feb 07, 2019
Video intercoms are a growing market with video surveillance manufacturers expanding into this niche. IPVM is continuing its series of video...

Amazon Marketing Pro Installs of Amazon Security Systems on Apr 25, 2019
Is Amazon a threat to conventional providers like ADT, Vivint and Brinks Home Security? Many say no. Now, Amazon is advertising free in-home... 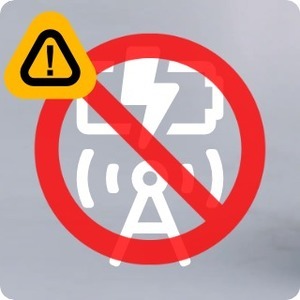 Risk of Amazon Alexa Guard: No Battery Or Cell Backup on Jun 20, 2019
Amazon positions its Alexa Guard Service as a "smart home security system" and says it can help you "keep your home safe". However, the...

Siklu $400 Compact 60GHz Radio on Jul 24, 2019
Siklu first entered the video surveillance market with a $6,000 per link solution, is now aiming down market with their newest 60GHz wireless... 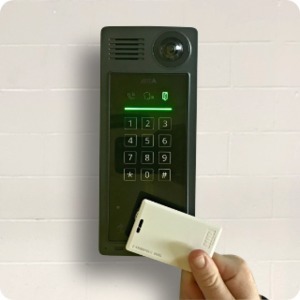 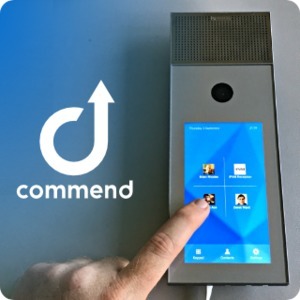 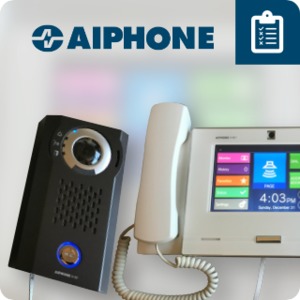 Aiphone Video Intercom Tested (IX Series 2) on Nov 05, 2019
Aiphone was one of integrator's favorite intercom manufacturers but how well do their products work? The company's newest offering, the IX Series 2...

Hidden Camera Detectors Tested on Nov 18, 2019
Hidden cameras are a growing problem as cameras become smaller, cheaper and easier to access. However, some companies claim to be able to detect... 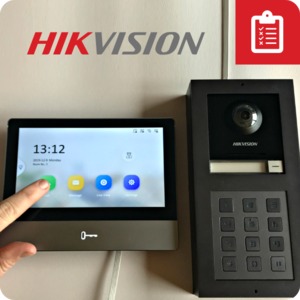 Hikvision DS 2nd Gen Intercom Tested on Dec 12, 2019
With its newest IP intercom, Hikvision proclaims users can 'get full control over an entrance' regardless of where it is installed, home or office...

Converged vs Dedicated Networks For Surveillance Tutorial on Feb 12, 2020
Use the existing network or deploy a new one? This is a critical choice in designing video surveillance systems. Though 'convergence' was a big...

BICSI For IP Video Surveillance Guide on Feb 11, 2020
Spend enough time around networks and eventually someone will mention BICSI, the oft-referenced but only vaguely known standards body prevalent in...