Calculating video storage can be daunting, presenting a dilemma for integrators: underestimate storage and then eat the cost or specify too much storage and risk losing the project with too high a bid. One video storage supplier, Iomnis, claims to solve this problem with a money-back guarantee that video storage calculations will be correct when using their design tool and hardware. In this note, we look at how they do this and whether it is a good deal. 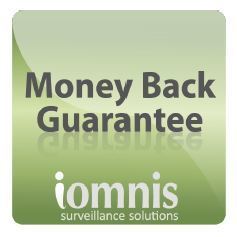 The Iomnis Optimizer is an online tool where one can input the VMS offering, RAID requirements and OS along with camera information: such as number, model, compression, resolution and duration. Once input, the optimizer tool calculates the required storage, Surveillance Performance Index (SPI) value [link no longer available], and estimated bandwidth for the system. The tool then generates an MSRP price proposal for the required hardware. From there, the information gets submitted to Iomnis who will provide a formal proposal via one of their channel partners which are ADI, Anixter [link no longer available] and CSC.

This video shows the 'Optimizer' in action explaining how it works and how it pads to deliver a guarantee:

As the video above shows, Iomnis' calculator estimates consistently high, making it easy for them to offer the guarantee. For instance:

Indeed, the calculator's sophistication is average to below average (e.g., there is no option to select scenes or to adjust quality/compression levels). The only real differentiation appears to be the guarantee.

However, the guarantee will, in most cases, specify significantly more storage than one needs (~20 - 40%). It, no doubt, delivers a pleasant side effect of increased sales to Iomnis while being a safe number for an integrator to use as a design estimate.

The tool does have notable limitations:

Iomnis' Enterprise servers and storage devices are COTS Dell machines that they "optimize" in-house specifically for video surveillance applications with software and firmware modifications, Iomnis does not add any hardware.

Iomnis' optimizations are the claimed "secret sauce" that differentiates them from Dell, so they did not want to elaborate on the technical details. Their Enterprise class servers are available with either Intel or AMD processors and a variety of storage options including RAID 5 and RAID 6. Iomnis also offers hybrid servers [link no longer available] with inputs to incorporate analog cameras as well as a Pro Line series [link no longer available] designed for smaller installations of 26 cameras or less. All servers come with a 3-year warranty. One other interesting offering from Iomnis is their Focus Tool for aiming and focusing PoE IP cameras, however according to the Iomnis representative we spoke with they are no longer actively marketing it.

As an integrator, I used Iomnis on a ~100 camera project with no major issues. There was a premium price for Iomnis, compared to using Dell servers, but Iomnis reduced set up costs. Depending on an integrator's discount level with Dell, the premium is usually 10-20%.  Iomnis not only loads the operating system on the server, but will pre-install the VMS software if a license is provided at the time of order which can save IT technician hours. Aside from importing the cameras and configuring the recording settings, the servers arrived ready to be installed in the rack. Iomnis was able to provide better tech support for video surveillance applications than what I had received from Dell.

Is the Guarantee Worth It?

With the fall of Intransa, surveillance professionals are looking for alternatives. Iomnis is certainly one worth considering as it offers a solid solution. However, their biggest marketing draw, the 'Guarantee' should be considered cautiously given the inherent storage padding.