Outdoor detection is critical to security but video analytics have disappointed due to high false alarms. Seeking to overcome this, SpotterRF has announced the C40 surveillance radar, targeted at commercial deployments, claiming larger coverage area and better detection than analytics can provide. In this note, we look at this new entry, its features and integrations, and compare to existing radar offerings and video analytics 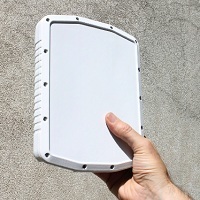 The SpotterRF C40 [link no longer available] is a compact radar unit operating in the microwave X band (10.525 GHz unlicensed), with the following key features:

This image shows the tracker display of the C40, with the red ellipse representing the coverage area, and colored squares showing tracked objects: 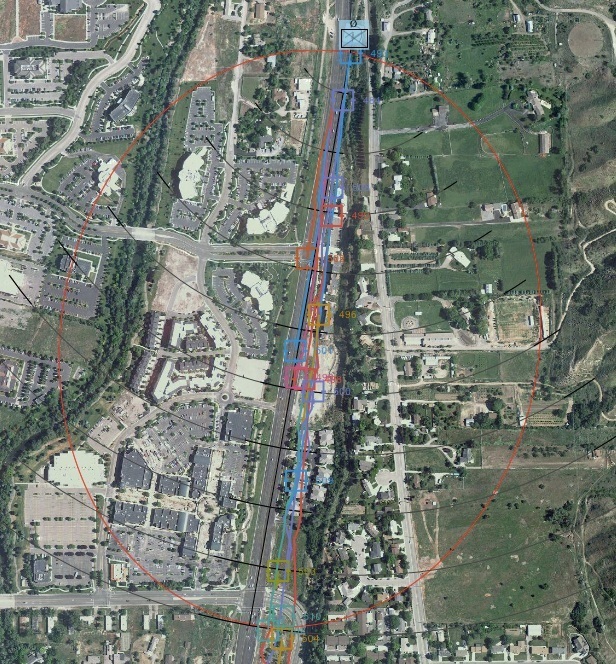 We see two main competitors for the C40:

The main attraction will be the relatively low cost for a radar system that covers a moderately large area. However, assuming the radar works, the main limitation will be the lack of PTZ, VMS and PSIM integration. While we see many will consider the technology, if and until they can deliver appropriate integrations, widespread use will be limited.