That's the offer from a startup, Simplicam, [link no longer available] who has not only cloned Dropcam setup and user interface but has added in facial detection and recognition.

In this report, we share our test findings of Simplicam, matched up against Dropcam: 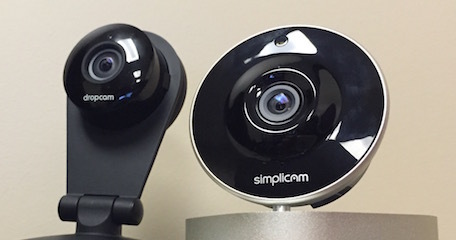 Here are the key findings from our tests:

Technically, Simplicam's facial recognition is in beta, though available to all customers. We expect more UI features to be added but are skeptical about how much facial recognition performance can be improved, especially given the very wide FoV.

Given Simplicam's poor facial recognition accuracy, it should not be relied upon in home or commercial settings. With strangers recognized as users, and vice versa, along with simply missing detections, numerous false positives and failed activations are likely.

For technologically-inclined home users who are aware of these limitations and willing to deal with them, the Simplicam may be attractive, for the "wow" factor, as well as reduction in alerts as they are narrowed down by facial recognition.

As a Dropcam replacement, Simplicam is the closest we have found in consumer cameras, at ~$50 lower price point. However, their inexpensive recording plan is limited to a single day of storage, forcing users to either pay more than double ($129 for 11 days) for extended storage, or react to events quickly before video is overwritten.

The Simplicam is close in size to the Dropcam pro, though slightly larger in front diameter. It may be either desk/shelf mounted or wall mounted with the included wall clip.

Simplicam's facial recognition features allow users to enroll up to 10 people, a ~30 second process. Once enrolled, facial recognition events are shown in the Simplicam timeline and event view, with recognized faces overlayed on recorded video for comparison. Email and push alerts ("John Doe was detected at 1:38pm") may also be triggered on recogntion.

Simplicam recommends the camera be mounted about 5-6' high, and subjects be no more than 5-6' away.

In this sample image, our subject was detected properly, about 4-5' away from the camera, which is mounted at about 5.5' high. With him looking forward, and the scene well lit (~120 lux), his face is clear. 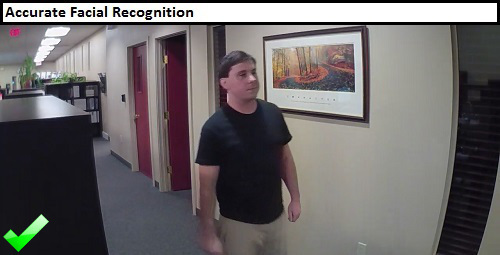 However, in the same scene, just a slight downward head tilt prevents recognition: 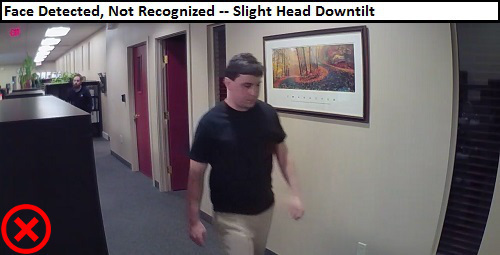 Raising the camera to ~9' high decreased recognition rates as well, to about 20-25%. 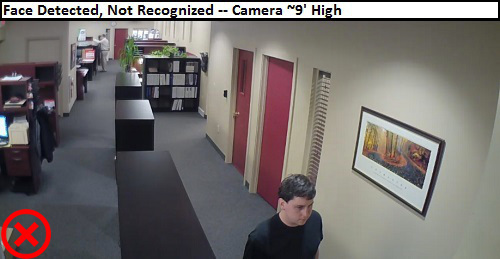 In addition to missed recognition, the camera regularly mistook one user for another, or an unregistered person as a user. This was especially common when both wore glasses. 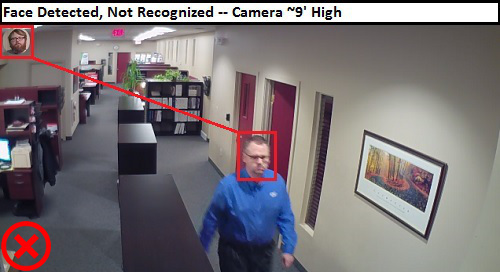 Additionally, though less common, the camera regularly detected multiple people, despite only one being present. The overlay in the top left corner of the image below reflects this. 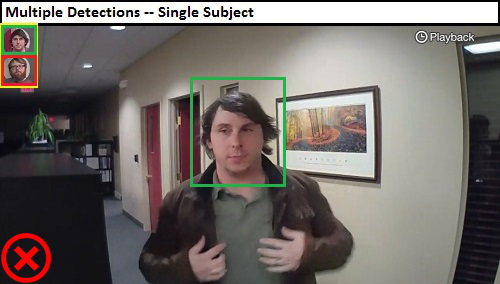 Goodbye Dropcam, the $50 Home Security Camera Era Is Here on Feb 10, 2016
Remember those days not too long ago where a $200 home security camera with a...
Face Recognition Camera Tested (Netatmo) on Jan 29, 2016
Can face recognition make home security "better"? That is the bold claim from...
Testing Smart Home PTZ (Remocam) on Dec 03, 2015
The consumer cloud video market is dominated by wide angle, fixed cameras...
Pros and Cons - Automating Firmware Updates on Jul 01, 2015
Firmware and software updates are one of the most tedious tasks in...
FLIR FX Tested on Apr 08, 2015
FLIR is going after the home / consumer surveillance market with their FLIR...
Panasonic Unveils 'Dropcam Killer' Nubo on Mar 02, 2015
Many have tried, but no manufacturer has yet toppled Dropcam as the most...
Comments (7) : Subscribers only. Login. or Join.