Wireless video surveillance has not been an easy market over the past few years. Ubiquiti drained money out of the market by making $200 wireless links a reality. And former 'leaders' like Firetide, have sold out.

However, one established wireless manufacturer, Siklu, is now entering the video surveillance market with a different approach.

In this note, we break down the features, pricing, core strengths and weaknesses of Siklu for video surveillance. 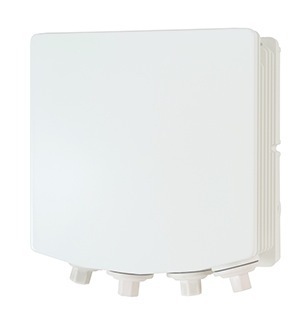 Siklu is targeting the EtherHaul-600T [link no longer available] for the video surveillance market with the pitch of "Palm-sized Gigabit radio for street level deployment." The radio has the following key features:

Siklu claims three key advantages over competitors such as Ubiquiti:

Siklu's main disadvantage in the security market is cost. While their claims of increased throughput and lower interference are differentiators versus lower cost products, these advantages are often unnecessary in surveillance deployments outside of backhaul applications. Even after dealer discount, the EtherHaul-600T is drastically more expensive than many common manufacturers. Update: After cutting the price by nearly 50%, this is not as significant and will help them overcome the price delta but it is still a notable factor.

For example, Ubiquiti's NanoBeam AC sells for ~$100 per radio/$200 per link online, a fraction of the cost of the EtherHaul-600T (though max throughput is 450 Mb/s vs. 1 Gb/s). Further, even less expensive Ubiquiti models are available, such as the NanoStation, which sells for $50 online (though limited to 100 Mb/s).

A secondary concern is the relatively short range. Though exact range depends on local rain / precipitation levels, typically the links are limited to 1km or less, which limits how far radios can be placed. While multiple radios can be used together to extend distances, this comes at a further increase in price.

Because of the significant pricing premium, we expect most will continue to use lower cost manufacturers such as Ubiquiti, Ruckus, etc., as Siklu's features are unnecessary in most wireless video surveillance applications.

In more critical, complex applications, Siklu is more attractive though still faces competition from established manufacturers such as Fluidmesh, Proxim, etc., who, though higher priced than Ubiquiti, are still lower cost than the EtherHaul-600T.

Siklu $400 Compact 60GHz Radio on Jul 24, 2019
Siklu first entered the video surveillance market with a $6,000 per link...
Siklu PtMP Millimeter Wave Wireless Examined on Apr 18, 2017
Siklu is attempting to make millimeter-wave wireless systems more applicable...
Favorite Wireless Manufacturers 2016 on Mar 07, 2016
Following up on our 2014 survey for Integrator's Favorite Wireless Products,...
The Next Failure in Wireless Video Surveillance: $18 Million Funding on Aug 21, 2015
Wireless video surveillance is one of the most difficult niches in the...
Comments (16) : Members only. Login. or Join.