Samsung Brags: Our Cameras Are Fragile!

Samsung wants you to know that their plastic domes are fragile. We are here to help. 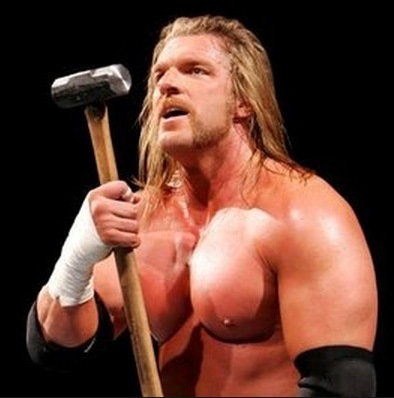 In a recent promotion, Samsung shared [link no longer available] tests to "verify to customers that our internal domes with plastic housings could continue to operate effectively even when attacked."

What type of attacks can Samsung withstand? An angry man with a sledgehammer?

Samsung tells us that their tests "produced some surprising results" and that is was "good news."

The news was that Samsung plastic domes garnered IK ratings of 6 to 8. Now what does that mean?

Vandal resistance is measured on the IK scale and consists of dropping a weight on the object being tested. (See IEC / EN 62262).

The big issue is that it is a scale and the rating / levels vary dramatically. Here's the official scale with Samsung's positioning marked up: 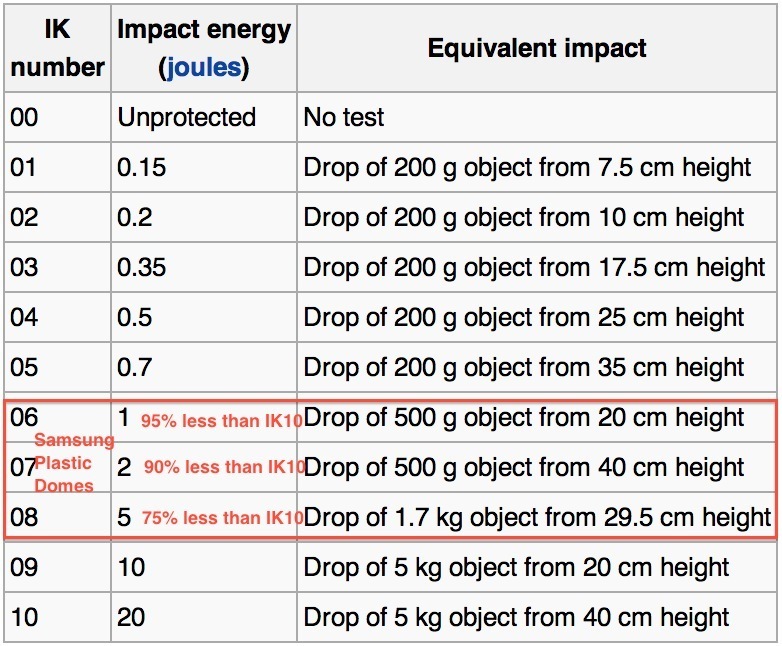 IK10 is pretty solid, though some would argue that a single blow at that speed / weight is not enough. Indeed, some camera manufacturers test to IK10++ which delivers 2.5x the force of IK10 (50 instead of 20 joules).

The worst part is Samsung cameras that are 'vandal resistant' to IK6 (i.e., max of ~1 pound weight from ~8 inches away). Not only is that 95% less than IK10, it is a trivial amount of force. Indeed, a camera that is IK6 implies that it failed the meager IK7 test, which is ~1 pound from ~16 inches away.

Unless you only need to stop a baby from slapping a camera and breaking it, Samsung's plastic dome vandal ratings are worse than worthless.

Police Station Video Surveillance Guide on Jul 15, 2015
This 18-page guide explains the key uses, design factors, and players in the...
Comments (11) : Members only. Login. or Join.