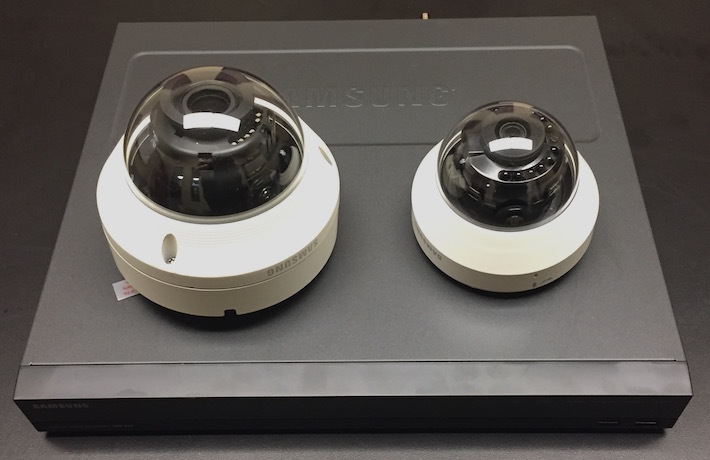 Inside, we see how this new AHD line stacks up against Samsung's own IP cameras as well as Hikvision's TVI models.

Finally, Samsung's AHD DVR still includes limitations, usability issues, and quirks not found in other manufacturers' recorders, such as requiring Internet Explorer (which must be run as an Administrator) and defaulting to CIF resolution (despite all cameras being AHD 1080p). These issues were present in our previous test of their low cost AHD kit a year ago.

Note, the Samsung DVR worked with both AHD and SD analog cameras, connected to TVI cameras but only with black and white video and did not produce any video when connected to CVI, unlike some upcoming competitive models.

Price competitiveness of Hanwha's AHD models compared to CVI/TVI equivalents varies depending on the model.

The SRD-494 is large for a 4-channel DVR, sharing the same 1U chassis size as larger 4 and 8 channel models, and nearly twice the size of other models, such as Hikvision's 4 channel TVI DVR.

The DVR's BNC video inputs automatically detect SD analog and AHD cameras without any manual configuration (though resolution bizarrely defaults to CIF for both, see below). These inputs are not compatible with TVI or CVI cameras.

We review this and its other physical features in this video:

The Samsung AHD domes are fairly typical for indoor and outdoor domes, though the SCD-6023R is notably larger than compact models from Hikvision or Dahua.

Most notably, both include a physical rocker switch/button which may be used to control the OSD menu for camera setup, not typically found on other HD analog models, which require users to use the DVR interface to control these functions up the coax. In our tests, we found setup to be much easier using these physical buttons compared to up the coax, as latency was much lower.

We tested image quality in full light in this test scene: 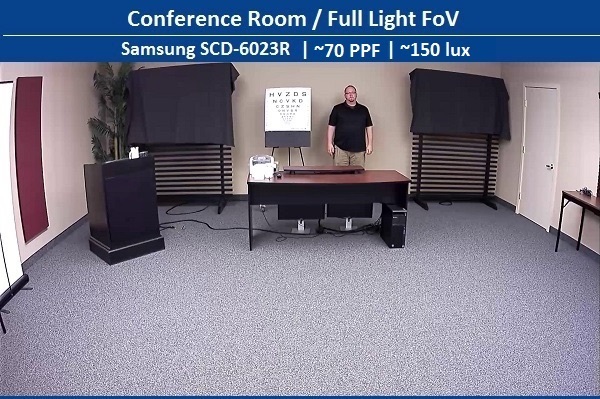 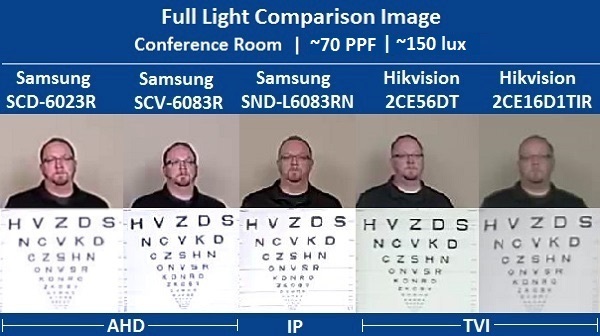 In low light the Samsung AHD and Hikvision TVI cameras perform similarly, and moderately better than the Samsung Wisenet Lite model, which appears slightly blurred (note that focus was not manually changed from day to night in any camera). 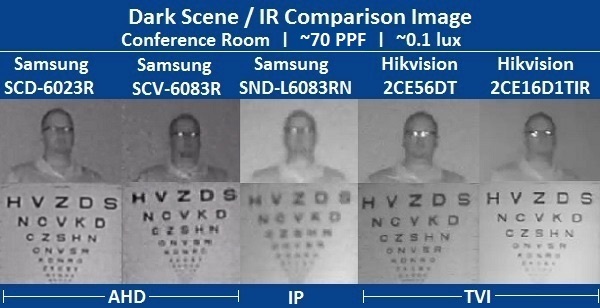 Both Samsung AHD cameras defaulted to slow shutter (1/5 second exposure), requiring users to change to 1/30s via the OSD menu. Many users may not be aware of this default nor realize how to adjust it. 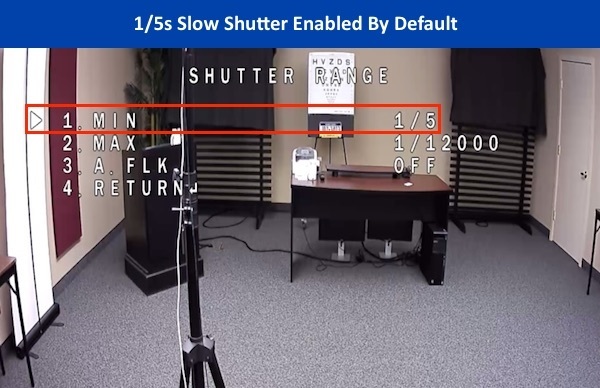 Despite slow shutter being enabled, there was little blur seen in our tests with IR enabled, seen below.

However, with IR off at night, slow shutter's effects are prominent, with significant ghosting.

The SRD-494 is compatible with AHD and SD analog cameras, without any manual configuration. The DVR automatically detects which format is connected.

The DVR had problems connecting with other HD analog formats. For example, video was monochrome only when connecting to TVI cameras, while CVI cameras produced no image at all. 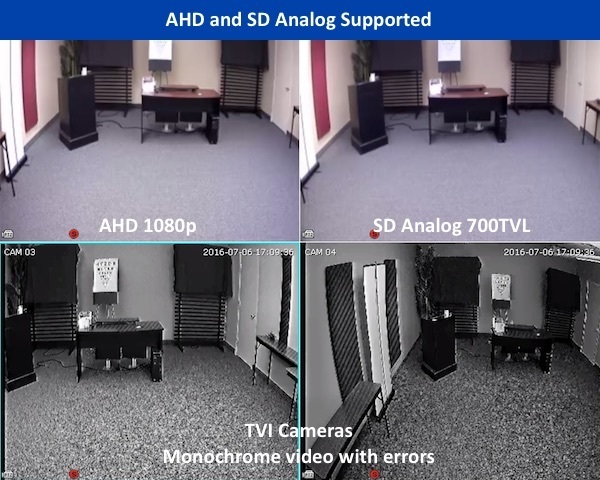 The SRD-494 DVR web interface is essentially unchanged since our test of Samsung's consumer AHD kit (video below). There were/are several annoyances/limitations in this web interface, reviewed below, including:

The following firmware was used on recorders/IP cameras: