With much of the world seemingly frozen over, icy cameras are a concern. If they are covered by ice, what hope do they have of collecting video? Well, all is not lost. One manufacturer takes its ice-proofing claims to the next level: the Dotworkz Ring of Fire Enclosures. 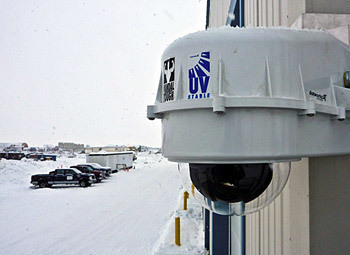 Indeed, the company claims extreme frigid temperatures and ice are no match for these housings. We take a look at the claims in this note.

Cameras and cold are not a big problem most of the time for much of the world. However, when winter blasts hit, just a few days of ice can mean serious problems for surveillance systems: 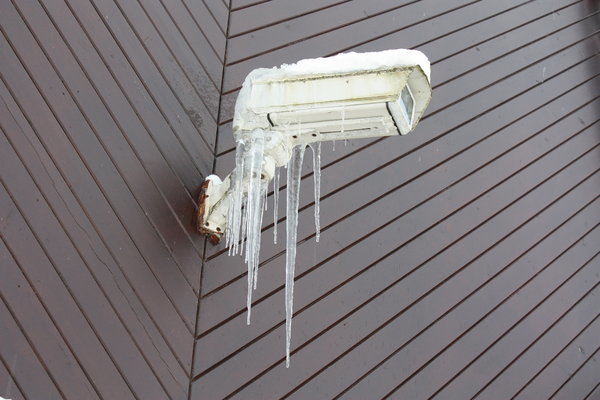 When ice is able to form on cameras, they quickly run the risk of being obscured and utterly useless in their intended purpose. This problem is where Ring of Fire claims to be the best solution. The company states: "[Unlike other housings] Ring of Fire features de-icing/defrosting circuitry that removes snow and ice that obstruct the camera's view."

In fact, Dotworkz is so confident in the housing, it touts "[the housing] is designed to expand all indoor camera models into complete rugged outdoor system solutions" using an IP66/67 rated housing and de-icing heating element. The promo video below shows off this ability:

The 'ring of fire' moniker describes the key feature: an inductive heating band that surrounds the camera cavity (ID'd below): 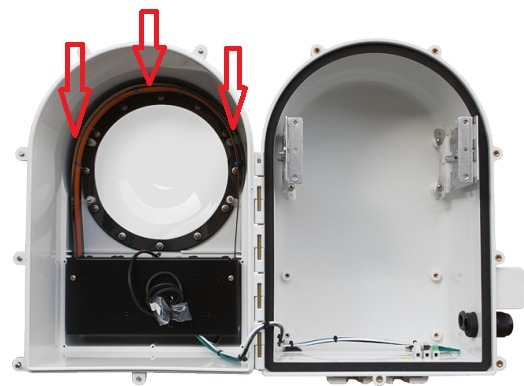 The location of the element next to the outside shell of the housing keeps it warm and makes it difficult for ice to form in a way that obstructs the camera view. The housing is available both in dome and box mount versions. The element is rated to -60°F and uses standard 24VAC or 110/220 VAC power supplies.

For the extreme rating, Ring of Fire enclosures run about $550 - $700, depending on form factor and power options. Dome units are more costly. A 1 year (limited) warranty applies to all models.

Other environmental housings focus on the more typical problem of extreme heat. For example, Moog's Thermiq Fusion Housing [link no longer available] (covered in this note) is rated to keep cameras cool in 135°F temperatures, but is rated for frigid environments as well, down to -50°F. That unit's built-in fins offer similar heat transfer between the housing and the heating element, keeping the surface warmer than the outside temperature.

Despite strong mental imagery and a catchy brand name 'Ring of Fire' is not the only housing suitable for cold, even icy deployments.

In a recent discussion thread, we asked members about what to do about ice on cameras? Rather than specify exotic specialty housings, many responses reflected a more pragmatic approach: Avoid mounting cameras where ice can accumulate on them. Other suggestions included fabricating an ice shield over them or other similar approach. The consensus on what to do with ice problems: Do not mount cameras where ice can be a problem to begin with.

This is what Ring of Fire claims to do; rather than melting long spears of ice or snowpack away from the housing, the housing stays just warm enough to avoid giving accumulation a foothold. Ring of Fire WILL NOT remove sheets of ice and snow from a camera once it collects. Smart location planning is a big step, but frigid ice exposure cannot always be avoided.