Store Employee Explains How They Stole

In 2004, Lauren started work at a large CVS in a Washington, D.C. suburb. She says she really needed the job after being unemployed for a while. But after a month on the job, a coworker turned her on to ways she could give friends free merchandise discreetly. Employee theft is the leading cause of shrink at retail stores, according to research from the National Retail Federation. They attribute 44 percent of losses to employees.

What the coworker didn’t warn her about was the three surveillance cameras watching the front of the store and her register. This interview is another installment of our series examining surveillance cases from the other side of the lens, from the perspective of the people who got caught.

How She Did It

Could CVS have had one of the earliest BRS Labs installations? It's hardly surprising that CVS declined to provide specifics. Congratulations, IPVM, for breaking the first confirmed story of precrime loss prevention enabled by video surveillance.

We'd be very interested in implementing similar capabilities if it were affordable.

One other quick correction: Exception Based Reporting (EBR), not recording.

I'm pretty certain that CVS is using EBR along with video analytics to augment their LP efforts.

The irony of this is that Lauren seems to base her rational for stealing on not getting caught, even being pissy that the coworker who got her started was probably a set up.

Another example of "integrity is about what you do when no one is watching". I say three cheers to cameras everywhere keeping employees honest, especially since they are responsible for such a high percentage of store losses that means higher prices for all of us.

She would still have her job and a good record if she had done the right thing in the beginning. When you steal, you steal from yourself.

Recorded video is the second tool loss prevention reaches for, after the first tool - exception based reporting identifies a store employee with higher refund, void, register variances etc and raises it to the level of visibility. Even with only a few dishonest transactions on video the investigator knows how thefts are being accomplished, the frequency and average loss and thus is armed for a successful interview outcome. We once investigated and prosecuted a new clerk who stole $40,000 in her first 60 days of employment in a VA suburb of DC. Due to poor new employee orientation and supervision she raking it in via voids and underringing sales to neighborhood acquaintances. Just 2 days of video made that a clean, quick investigation.

Retail LP has relied on discrete investigative video for 30+ years because its a tremendous tool capable of documenting dishonesty and making even an investigator trainee successful in interviews. The great blessing is now we don't need a luggage cart to carry reel-to-reel video recorders around!

What is it about Washington DC????

This is a fascinating story, Carlton. Fascinating that a major retailer could possess an LP entity and still allow for all that to happen. And I agree with all above - the P in LP stands for Prevention. As in, all the technology and reporting tools they've mentioned.

And if I had to rate the CVS LP crew in her store/region/corp, I would give them a similar grade...

I'm sure that low level employees might sometimes point out, especially in off-handed conversations with each other, some of the more obvious flaws in their stores LP set-up that could allow 'someone' to swipe a candy bar or lipstick on occasion - they are there alot and have eyes.

It's the craftier-thinking ones (notice I did not use the term 'more intelligent') who see these obvious flaws and then, over time, push the envelope further and further, leveraging anything learned over that time for more $$ - until the store simply can't ignore the escalated behavior. A kindergartener might know that they could steal a nickel or a dime off daddy's dresser without him noticing, but if they snag the whole money clip daddy's got to notice. I mean duh.

It sounds as if, at least in 2004 in that particular area, CVS employed 'none of the above' in reference to all of the technologies mentioned by previous posters in this string.

They finally were forced to open an investigation (and probably installed covert cameras on her register specifically) which showed all of the above-mentioned behaviors. I'm surprised everyone in the store wasn't fired once they realized how easy it was to do all that she was doing.

...or maybe they already knew?

CVS overall has an outstanding loss prevention group and program. You simply can prevent all inappropriate behavior in all locations by using only preventive programs and tools. Some folks are going to misbehave regardless of how well trained, how developed the culture of integrity, or how well appreciated they are. It simply will happen and its no reflection on the corporation.

Technology such as the arena IPVM is focused upon brings more effective tools to the task of prevention by deterrance and investigation of those who simply don't care to comply. 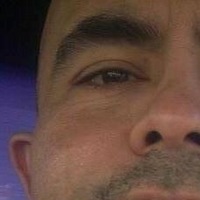 Wow Loss Prevention should have been watching the register areas constantly to begin with. Someone from the team should always be alert to cash register activitiy.