Though with integrated IR cameras and super low cost IR illuminators now commonplace, how useful are these?

We bought a Vario IP8 unit to find out, including multiple angles and ranges in a dark nighttime field: 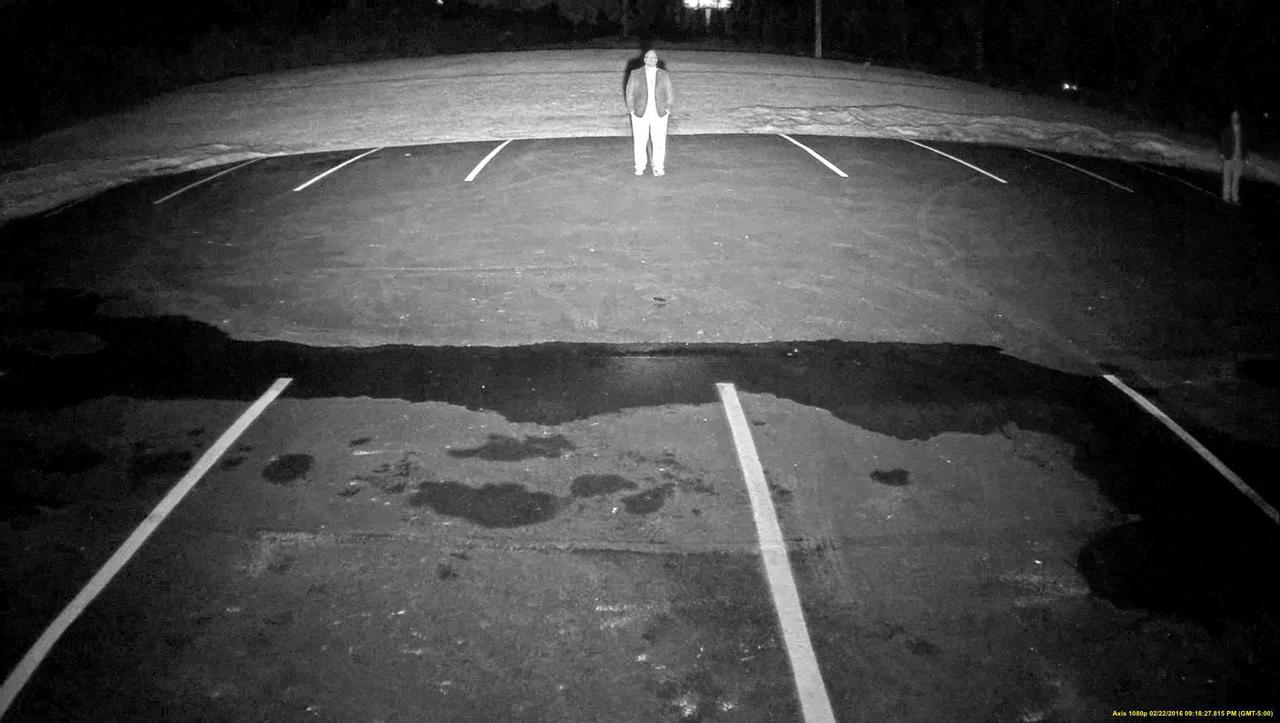 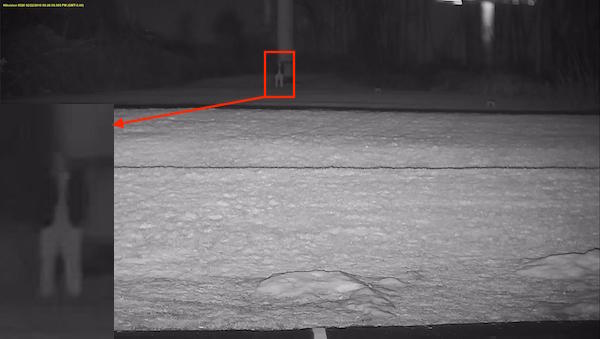 Vario IP's interchangeable lenses and web interface made it easier to adjust illumination for specific scenes, instead of choosing from fixed angles/ranges common in other illuminators. Additionally, specified coverage patterns were even, without center hotspots, and in our tests, actual illumination ranges exceeded specs (though, not we used low light optimized Axis and Hikvision cameras).

However, camera/VMS integration was complex, requiring manual event setup and many advanced features, such as deterrent patterns, event power adjustments, etc., are mostly applicable for white light not IR

Though the Raytec Vario IP performs well, with even coverage and exceeds max range specs, it is substantially more expensive than cheap illuminators which may be found online, such as those in our Low Cost IR Illuminators Test, the most expensive of which was ~$70, with 300' range. These illuminators may be a viable option for some users who do not need the bells and whistles of the Vario, though they come with some caveats.

None of the low cost illuminators we tested matched their illumination specs, with some having a much wider angle than expected while others were much narrower. In short, users should expect trial and error, potentially needed to try multiple cheap illuminator models to find the proper fit for their application.

Additionally, all of the low cost illuminators we have tested had bright center hotspots, causing overexposure in many cases, issues not seen in the Raytec illuminator. Finally, none of these models included any advanced features, switch on/off with a photocell only, with no integration to cameras or other devices. If this is required, more expensive models must be used.

By contrast, cheap illuminators may be purchased online for as low as $20, with the largest/longest range models selling for under $100. Though, beware of limitations discussed below (inconsistent range/angle, lack of advanced features, etc.).

In this video, we review the physical construction of the Vario IP and how to change lenses, which vary from 10-120 degree illumination patterns:

The usefulness of many of these features is lost when using IR illumination. For example, when using deterrent mode, intruders simply cannot see the illuminator(s), making the pattern useless. Additionally, flashing/cycling power on a group of white light illuminators will rapidly change light levels in the scene, potentially impacting image quality as the camera attempts to compensate for sudden bright/dark changes.

We review the web interface in this video:

While these features are novel, they may not be practically useful. Since IR illuminators are typically installed where cameras do not provide adequate low light images, running them at reduced power until motion is detected (a Raytec application suggestion) may likely reduce the camera's effectiveness the majority of the time. Using the camera to control a group of white light illuminators may be useful in some cases, but most users do not plan for this sort of lighting ahead of time, and already have outdoor lighting installed.

In the comparisons below, we show the differences in angle of illumination between three of the Raytec Vario lenses, 35, 60, and 120˚ options. We show each of these below using the same camera set to a ~90˚ FOV to show differences.

First, using the 35 degree lens, the edges of the FOV are noticeably dark, outside the angle of illumination. This image most clearly shows that the 35 degree lens illuminates a wider range than its specified angle, closer to 40-50 degrees. 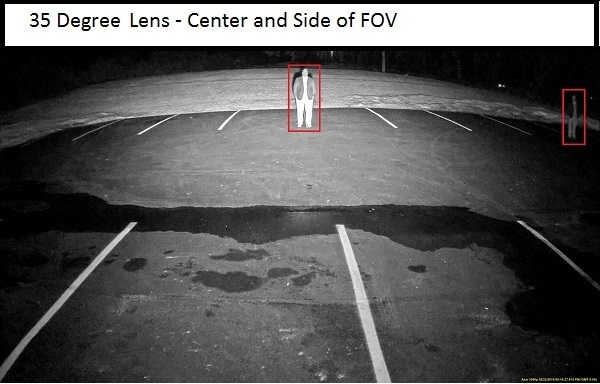 Switching to the 60 degree lens, illumination extends moderately further, but still not to the edges. 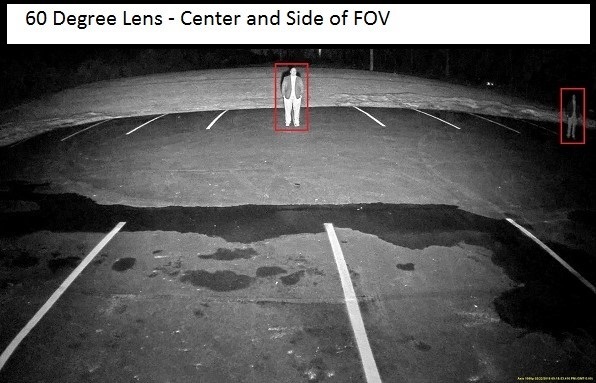 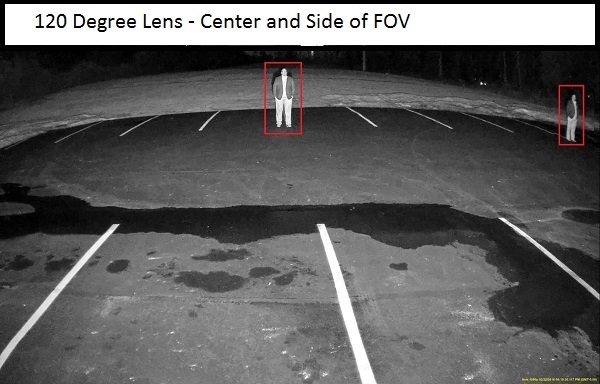 In our tests we found that Raytec understates illumination range at all tested angles of illumination. For example, Raytec specifies the 35˚ lens as having a max range of 394', but we found it illuminated our subject at ~450' (though PPF was low and details few). 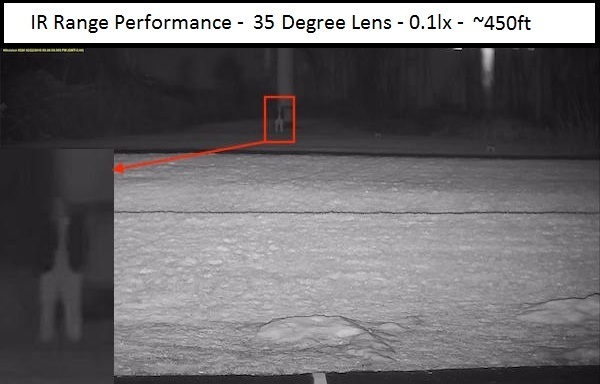 Using the widest lens, 120˚ with a specified range of 98', again illumination distance was understated, with actual range closer to ~150' on target. 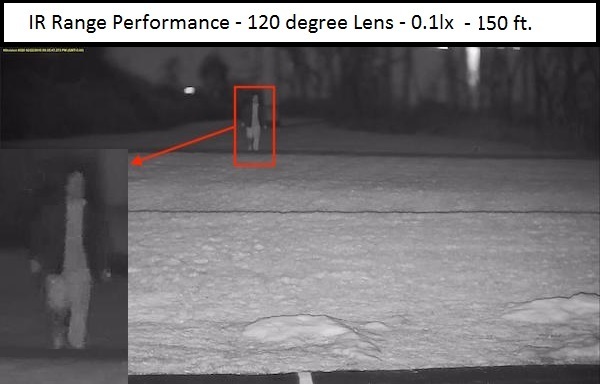