Here's an interesting example of problems with real world surveillance footage. Recently, Los Angeles was hit by an arsonist who lit dozens of cars on fire around the city. Needless to say, this created a panic around the area as people feared their neighborhoods and or cars would be victimized. At one point, the police found a suspect on surveillance video but the image was nowhere near good enough to conclusively identify the person of interest.

Let's take a look at what the problems were and how one could improve upon the situation. Let's start with an overview of the scene and the suspect in the middle of the image (black jacket, hands in pockets): 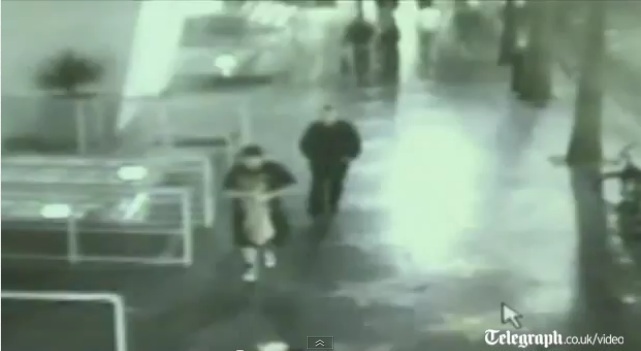 A fundamental element of all surveillance video is the Horizontal Field of View. Looking at the man and assuming he is ~2 feet wide at the shoulders, the Horizontal FoV at the point is between 20 - 25 feet. In our experience, this is a fairly average width. The marked up image below illustrates this: 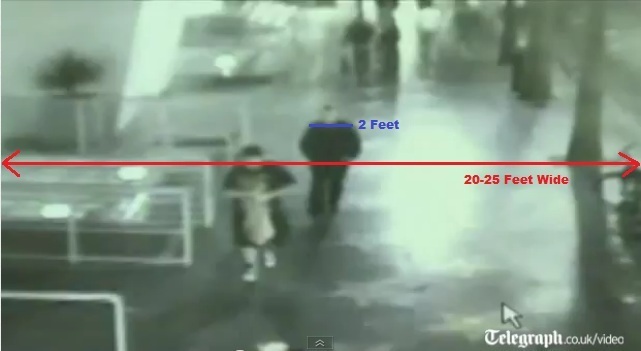 When assessing image quality and a camera's Field of View, pixels per foot is an often used metric. Assuming this is an analog camera recording at VGA (640 x 480), the ppf at that point in the scene is about 25-32 pixels per foot (i.e., 640 pixels / 20 feet - 640 pixels / 25 feet). That's a modest level all things considered that 'theoretically' should give some facial details. [For background on pixels per foot, review our PPF test report and specifying video quality / PPF guide.]

This noted, the video quality is obviously 'bad' and it's not feasible to make out any facial details. However, this is not a case of the light levels being too low. We regularly measure lux levels in similar public places at night and typically find such areas to have 3 - 5 lux - more than enough to capture a reasonably quality image.

In the image below, we marked up our estimates of the light levels in the scene: 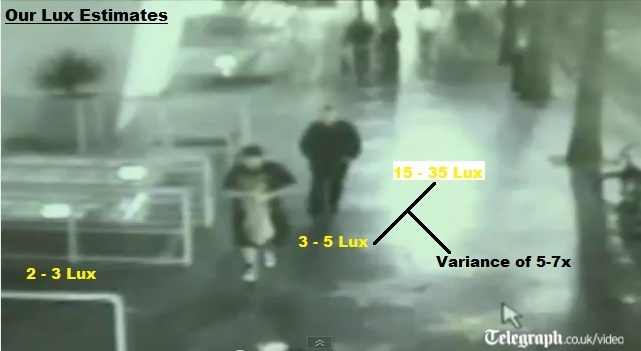 The first big problem we see in the image is the wide variance in lighting between the right center of the image with the streetlight glare and the darker left side. This 7x variance in lighting is a big problem. While most think of WDR as a daytime issue - bright sun through windows or doors, one can have severe WDR problems at night. Indeed, as we examined in our headlights harmful test results, headlights at night are a great example of this problem.

Look at the zoomed in image below and you can see that the subject's face is completely washed out. You only see this with a WDR problem, not simply if the FoV was too wide: 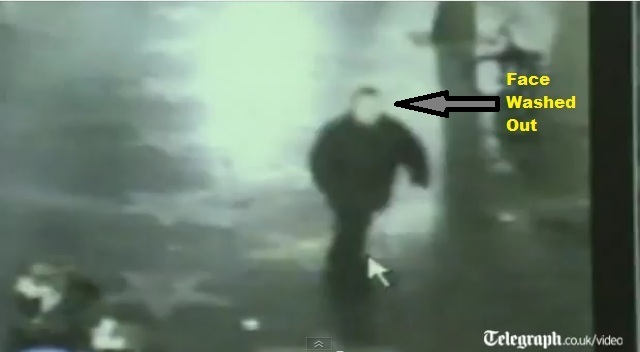 Compounding the glare/WDR issue is the downtilt of the camera. Take a look below at the last image of the suspect at the bottom of the screen in the narrowest FoV. The facial image is still almost completely washed out plus you can see how sharp a downtilt the camera has towards the subject.

This camera is likely mounted 15 to 20 feet from ground level. This is a secondary problem to WDR/glare but it further reduces the ability to capture a clear image.

With these issues in mind, we recommend the following improvements: