A study shows that camera marked with polite signange can reduce vandalism and theft. In this note, we review the details of the study.

The study on equipment protection by the Max Planck Institute for Ornithology found that cameras and equipment were less likely to be tampered with then accompanied by a polite message. In this note, we review the study and its results.

Researchers left dummy cameras unattended and unprotected in several public parks in Munich, Germany last summer to see if the type of labeling on the camera has any impact on if the camera was tampered with.

Sixty dummy cameras were semi-hidden in shrubs and bushes in three parks along paths for one week. For the fourth park, they were only there for three days because park visitors reported them as potential bombs.

Here’s how they look: 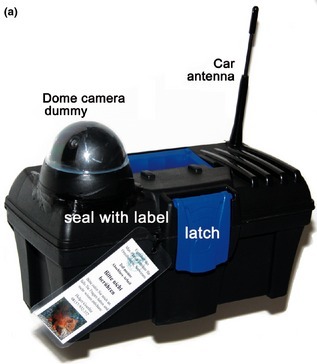 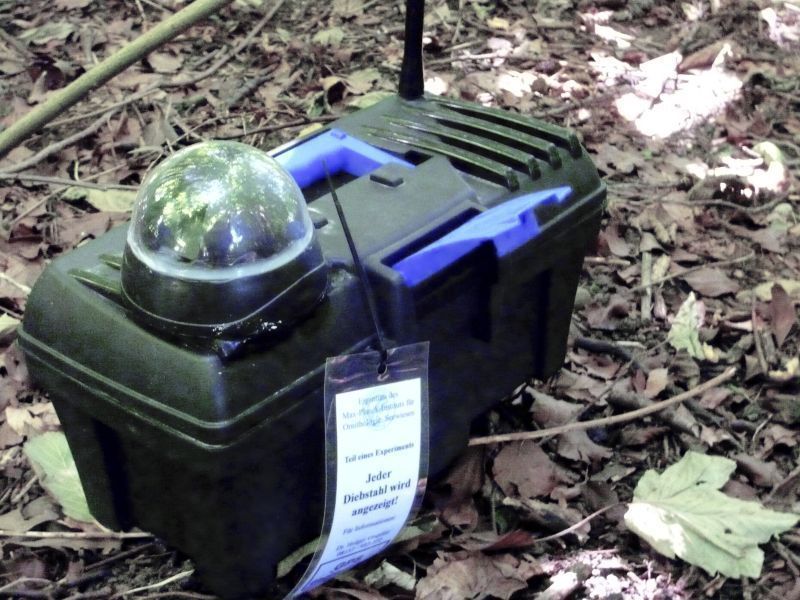 The researchers wanted to make them look very researchy and expensive. They put a latch with no lock on the front to make it look accessible, a dome cameras with a flashing red light and “black and transparent silicone to create the impression of humidity-protected electronics” to make it seem like it could be a high value item.

Cameras were marked with one of three labels (seen below) -- a personal message, a neutral message and a threatening message. Twenty cameras with each label were placed in each park. The study did not include cameras with no labels. 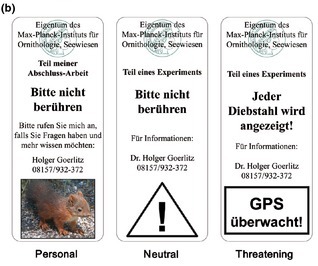 Interactions with the dummy cameras were classified in one of six categories:

If more than one interaction happened only the most severe was recorded:

The came to the following conclusion:

“We assume that the combination of the personal label's direct mode of address in a friendly tone, the implicit information about the experimenter and the squirrel photograph connected the reader more to the experimenter, both through the amount of information and through personalization or perspective taking, making this labeling more effective than the tone and information provided by the other labels ... A personal, friendly and appealing label most effectively reduced the overall number of vandalism and theft of unattended scientific field equipment.”

They recommend that in addition to standard security measures, labeling equipment with personal, friendly, informative messages.

Do you think this study could apply to surveillance cameras? Or for cameras in places people are worried about vandalism?

Is a camera with a sign that says “Smile You’re On Candida Camera” less likely to be vandalized than one that says “These Cameras Will Be Used to Prosecute ALL Shoplifters?"