Reports of video surveillance cameras being stolen are surprisingly common. While the crime is ironic, the theft of camera equipment can be costly. Cameras themselves are tools used to prevent items from being stolen, but what can be done to protect cameras from being stolen themselves? In this note, we examine why cameras might be a target of theft and describe 6 effective methods for keeping them secured.

News reports describing this problem emerge from all parts of the globe:

In the following section, we address six common methods of protecting cameras. We have listed these methods in order of effectiveness and aesthetic impact.

If cameras are difficult to reach, then they are more difficult to steal. Mounting cameras high is the easiest, most common and most disupted technique to stop cameras from being stolen or damaged. Many recommend mounting cameras between 12 and 15 feet high. This makes it impossible for a person to reach unaided.

Here is an example of a camera mounted high and out of reach: 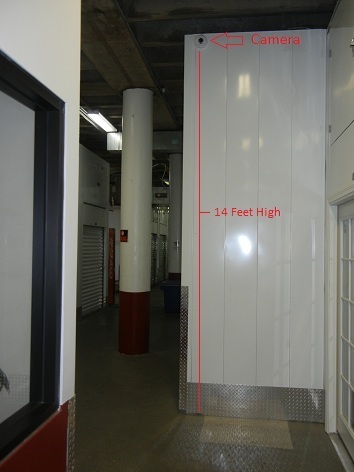 However, the big downside is that the higher the camera is mounted, the steeper the downtilt to monitor what is happening on the ground. This results in bad angles and seeing the top of heads rather than faces. This can defeat the purpose of having a camera as shown in the real world example below: 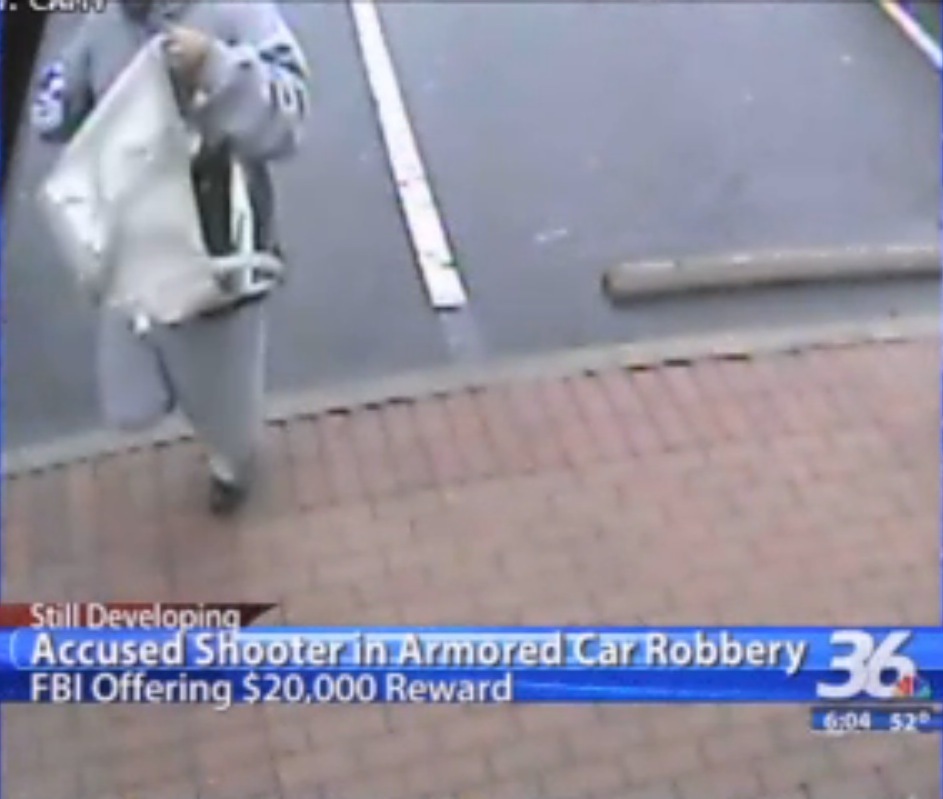 A simple and effective measure is to install all exterior cameras with tamper-resistant hardware. This hardware features a specially formed head that can only be turned by matching specially bitted drivers. Mounting cameras with common phillips-head fasteners mean they can be uninstalled with common phillips-head drivers. These tamper resistant fasteners are most costly than common mounting hardware (as expensive as $5 per fastener) and available in all sizes. Matching driver tools and bits can be order from a variety of sources, including security products resellers and tool distributors. 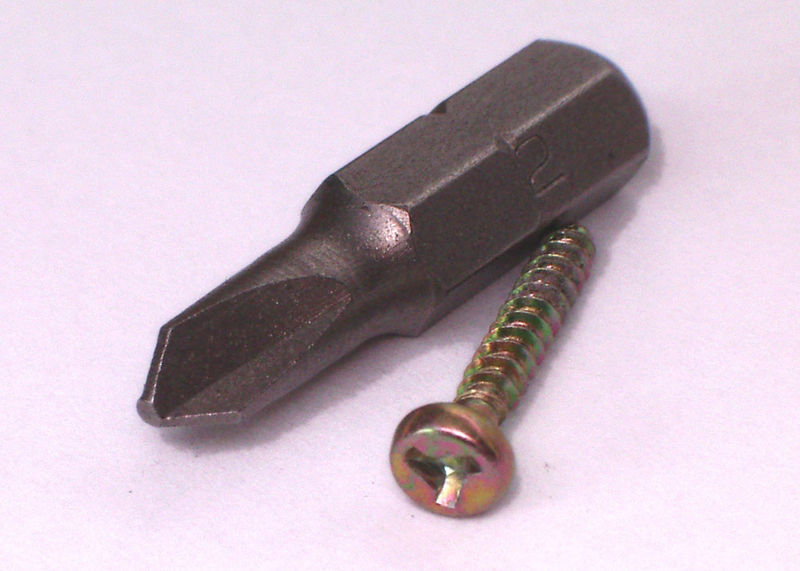 These brackets are a spiked harnesses that surround a pole just under a camera. This method of protecting cameras is aggressive, unsightly and not suitable for all mounting locations, but for cameras mounted on poles they are especially effective in discouraging tampering or theft. While mounted at height, these cameras are vulnerable to being accessed by climbing the pole to which they are mounted. These spikes present a physical barrier between the camera and the theft attempt. The effectiveness of this method may rely somewhat on the psychlogical effect of including sharp spikes. These brackets are available in a variety of configurations and can be bought for about $150 per assembly. 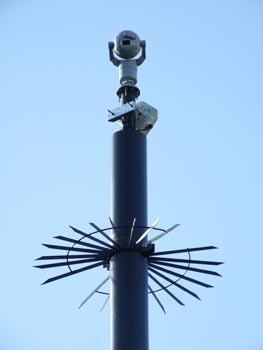 As a last resort, a camera cage can be considered. These products are unsightly, attract undue attention, and accumulate trash and attract pests. These problems do not even begin to address the impact a cage might have on a camera's Field of View. However, covering a camera in an expanded metal cage certainly requires devoted attention to defeat. These products are made to mount directly to a building with lagbolts, and may feature trapdoors or access panels secured close with padlocks. Camera cages are available in a variety of sizes and finishes, and cost about $300 per unit. 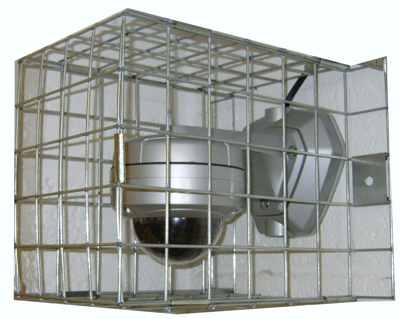 Some IP cameras support tamper alarming onboard the camera. This feature provides for the camera to send an alarm when the Field of View quickly and significantly changes as if someone spraypaints the lens or physically removes the camera from a mount. This feature does nothing to make it more difficult to steal a camera, but it does enable the camera to send an alarm out sooner than may otherwise be detected. For this feature to be useful, it must be properly configured and monitored, which minimizes the utility of the alarm. This feature is not available on all cameras but, if available, has a nominal configuration cost.

Video surveillance is best used as a single 'security layer' among other security systems. Training elements of the intrusion system on surveillance cameras is a prudent move. This may be as simple as orienting a PIR motion detector to include areas where cameras are located, up to including contact switches on the back of cameras themselves. Supplementing light in areas where cameras are located has a mixed opinion on preventing crime [link no longer available], but the additional lighting can also help the cameras perform better by avoiding low light situations. These methods are hard to quantify in specific costs, but generally existing systems can be inexpensively expanded to address these areas.

Surveillance camera theft is a global problem motivated by a variety of reasons. Using these methods will help protect cameras from being stolen. Spending money to protect these devices during installation can prevent much great expenses for replacing equipment later.