IPVM has been blocked by the PRC China government without any notice or explanation. This means IPVM.com is no longer officially accessible anywhere in China. 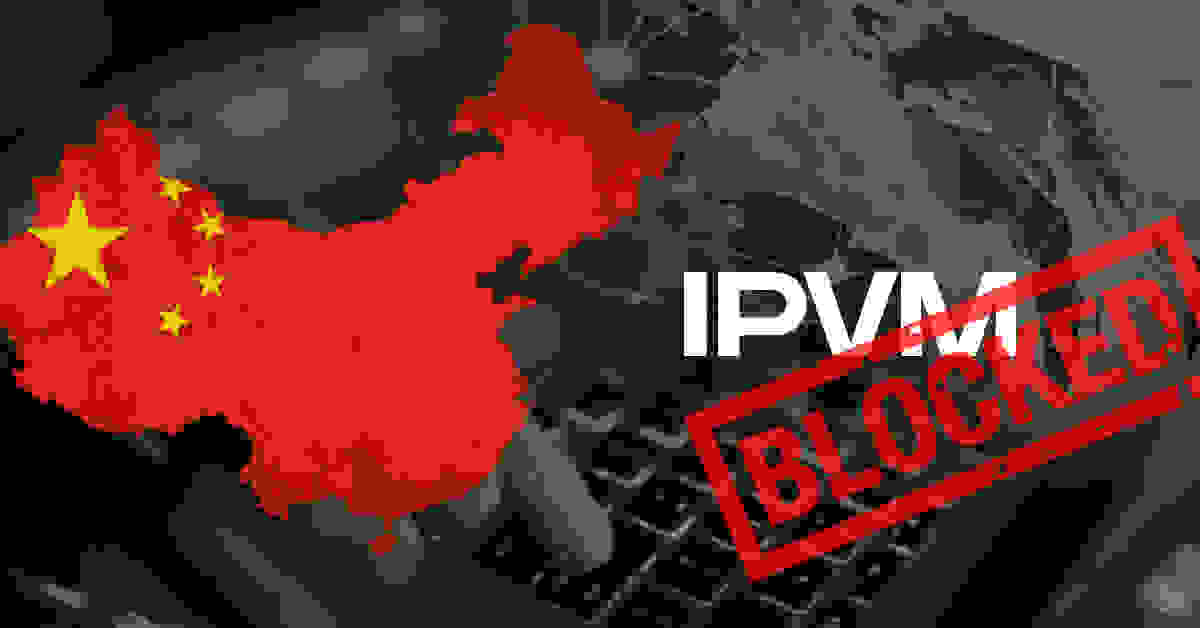 The move comes as Hikvision and Dahua face a global pushback over their track record on human rights, cybersecurity, and Chinese government ties – pressure that is in part motivated by IPVM’s reporting.

In this note, we examine what happened, possible reasons for the ban, China’s extensive system of censorship, and what this means for IPVM going forward.

IPVM discovered that its website was blocked in China late last week. Accessing IPVM.com in China now directs to a page which makes it appear as if IPVM is down or having server problems: 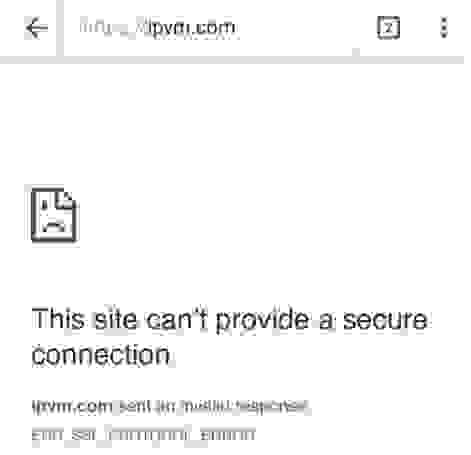 This is a “typical message for a blocked site” said GreatFire.org, a China-based organization that monitors Chinese online censorship. GreatFire confirmed to IPVM that its website is now “100% blocked in China,” as demonstrated by GreatFire’s China block tester.

Blocked sites in China do not show any official signs of being blocked, something done to mislead Chinese netizens into thinking the sites are simply not working rather than being censored, according to GreatFire.

No Explanation Nor Warning Given

The Chinese government did not give IPVM any notice or explanation for the ban. IPVM requested comment from the Cyberspace Administration of China (CAC), the government entity responsible for blocking sites, but received no reply.

“There is no appeals process,” GreatFire said, while “typically, nobody receives notice of a block.”

China’s government runs an extensive online censorship system known as “The Great Firewall”. Around 10,000 domain names are blocked under the system, according to GreatFire, including almost all Western social media companies – such as Facebook and Twitter – and Google, Gmail, and YouTube.

IPVM now joins a long list of foreign media outlets blocked by the Chinese government, including the New York Times, Bloomberg, Reuters, the BBC, and the Wall Street Journal. Some of these outlets were blocked as retaliation for specific reporting. 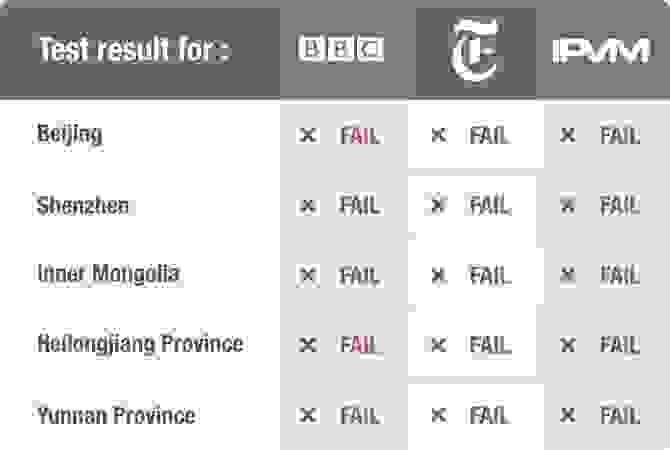 As an example, Bloomberg was blocked in China in 2012 right after it reported on the massive wealth held by relatives of President Xi Jinping. The South China Morning Post, based in Hong Kong, was blocked after reporting that a prominent Communist Party official’s son used his father’s connections to make a fortune.

China is ruled by the Communist Party, which exercises unchecked authority to determine all the country’s media coverage; consequently, China has no independent media and very strict internet controls.

According to a study by the think tank Freedom House, China has the world’s least internet freedom; press freedom watchdog Reporters Without Borders ranks China 176 out of 180 countries on its media freedom index.

Possible Explanations for IPVM Getting Blocked

The most plausible reason for IPVM's block is our critical reporting about major Chinese video surveillance manufacturers Hikvision and Dahua, such as:

This coverage has been impactful, directly resulting in:

No Way To Know For Sure

While the Chinese government will not explain, James Liebold, a professor at Australia’s La Trobe University and expert on the Xinjiang region, believes that IPVM’s Xinjiang coverage may have pushed Chinese authorities over the edge, explaining:

Critical international reporting and the exposure of human rights abuses in China, as well as the complicity of Chinese and international business in these abuses of power, have pushed the Party-state to try and wrestle back control of the narrative, by both censoring critical content and spewing forth pro-Party propaganda

China has recently gone on a public relations offensive about Xinjiang, claiming that the mass detention of civilians in re-education camps is for their own good.

China-based readers can still use VPN (virtual private network) apps to bypass the Great Firewall and access IPVM and the other thousands of global sites blocked within China. However, China began been cracking down on VPNs this year, making it more difficult for netizens to access non-censored websites.

However, IPVM will continue its independent critical coverage of the industry.

PRC's 5 Cybersecurity And Data Laws Explained on Aug 09, 2021
China (PRC) has enacted 5 major laws in the past 6 years, including 2 this...
Hikvision and Dahua Sanctioned for Human Rights Abuses on Oct 07, 2019
In a groundbreaking move that will have drastic consequences across the video...
Hikvision's Government Owner Website Blocked To World on Jul 11, 2019
Hikvision's PRC government owner, CETHIK, has had its website blocked outside...
Hanwha Moves Global Manufacturing From China To Vietnam - Factory Visit Report on Mar 05, 2019
In a Vietnamese industrial zone surrounded by rice fields and small...
Evidence of Dahua's Involvement In Xinjiang Surveillance on Nov 28, 2018
IPVM adds new details about Dahua’s activities in Xinjiang, a Chinese region...
World’s Top Press Freedom Watchdog RSF Condemns China's IPVM Block on Oct 26, 2018
Reporters Without Borders, the world’s top press freedom watchdog,...
Comments (59) : Subscribers only. Login. or Join.