One city is requiring business that cause repeated problems to get video surveillance. In this note, we examine what they are doing and the pros and cons of this approach.

Must require a minimum base line spec to be followed and approved by City through permit process.

Is that from a document? 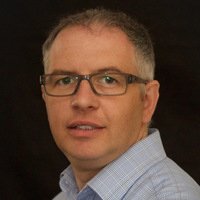 From a UK perspective, this is the default for bars, clubs. Part of the licensing conditions will be the requirement for CCTV.

The issue is its not "to a standard" but its still a general requirement.

More regulations imposed by bureaucracy that has minimal understanding of what they are requiring always sounds like a good idea. Also love the idea of mandating an additional cost of doing business.

The Police tend to find its a waste of time just arresting, charging etc,its often the same people fighting / dealing or causing issues. Using the CCTV they tie in "pub watch" schemes and Police orders banning individuals from the venues or the areas.

To work you need the full circle, councils, businesses and Police to buy in. If you don't its seen as an extra cost and wont be used effectively :)

Businesses are required to install surveillance as part of this plan...

Is this actually part of the Milwaukee Nusiance Ordinance, or some creative police interpretation of the statute?

Well, it would appear to be a strong arm tactic of LE since there is no explicit remediation involving purchasing video surveillance anywhere in the very long statute.

Police must approve of a plan, if they don't they can put a 24/7 cctv truck watching the property and charge you for it.

So I assume that threat is enough to make property owners comply with the far less costly suggestion of self monitoring.

Overreach for sure, but couldn't be for a better cause!

note: I voted "just show me the results".

Detroit is saying they will eventually require businesses that are opened past 10pm to connect to the PD.

"Chronic Nuisance Properties are those which receive three minor complaints in a 30 day period..."

Required upon COMPLAINT? Not upon conviction?

What a great new lever to push! Three noise complaints in a month? Thousands of dollars in costs as well as the disruption of an installation?

In one case, a disgruntled individual made verifiably false official statements which successfully enlisted the coercive power of government to place demands upon business resources. Resultant government inspections cost about half a person-day. Proving the statement false required more than an additional person-day. Beyond these costs, no long term ill occurred, but those false claims had the (unrealized) potential to terminate the business.

The individual wasn't punished -- for him: mission accomplished.

If only I were a trunk slammer....

Step two: Call in three noise complaints on each and every piece of city-owned property, forcing the city to install video surveillance.

Step three: Show up at City Hall with a van full of DVRs and Cameras.

As a potential downside for the business owner, some clientele, even those doing no wrong, may simply not like the notion that police may be "watching" (though live view access is not required and is unlikely) and stop frequenting the business, affecting revenue.

Why would the clientele think the police were involved at all, and not just think that the business put in a security system on their own?

Related: I just saw this article about a town in Iowa expanding their surveillance ordinance to businesses other than convenience and liquor stores:

Most of these businesses are likely to have systems anyway (which the police acknowledge in the article) but interesting that they require it by law for this many categories.

Video has not proven to be a deterrent for many of the named crimes listed above so that pro is out the window. Sounds like more uninformed government overreach.

This was mandated by the State of Florida in the late 80's for C-Stores and the like, open after 11PM along with lighting, clear windows, etc. Lots of pushback and rebellion from C-Stores until they could buy $300 DIY systems from Sams!

From the perspective of local municipalities… for private property deterrent alarm systems.

No permits, no registration, no regulations, no requirements of any kind, except fines/fees for false police reports, paid by the caller.   Calls from monitoring firms for emergency police response to private property deterrent alarm systems will receive the same priority as all other citizens.

Emergency police response only IF witness to a 911 type emergency.  Lower priority response would apply for all other "suspicion calls".

Remote Video or remote audio could qualify as remote witness (but not ECV).  This would be motivation for private upgrade to audio/video witness technology if wanting the emergency service.

This article is part of IPVM's 6,653 reports, 896 tests and is only available to members. To get a one-time preview of our work, enter your work email to access the full article.