Motion sensors are a frequent source of 'false alarm' headaches in many intrusion systems. 'PIR', or 'Passive Infrared' technology have been widely deployed over many years of use, yet these sensors are still a considerable source of false alarms. In this note, we examine the major types of 'PIR' sensors, including wall mount, ceiling mount, curtain mount, describing where each type is best used, how to avoid false detections, and how to estimate pricing.

As a basic function, PIR sensors monitor the change in infrared energy (IR) within a certain area. The 'passive' notation in the description indicates that these types of sensors do not emit or broadcast any infrared energy on their own; they simply monitor the infrared energy already present. The sensors have been built to be sensitive to subtle changes in radiated heat energy. Any object with mass gives off a certain level of energy detectable by these sensors, and when the sensor detects movement of that energy across the sensor face, it is used to trigger an alarm.

A common feature of PIR sensors are lenses with 'faceted' faces. Like an optical lens, the reception of the sensor is 'tuned' to be focused on specific areas. Notice in the image below how the PIR sensor lens is individually segmented: 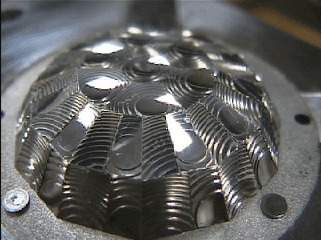 Each segment is tuned to a certain sensitivity tolerance or detection range. In many cases, multiple sensors are divided up to cover broad areas. This 'coverage range' is the key criteria for selection. Many patterns and coverage ranges exist, and choosing the PIR sensor with a detection area designed to match the monitored area is key.

Selection of the proper type of PIR sensor is key in reducing the risk of false alarms. These sensors are not designed to be 'universally' applied. In the following section, we describe the major types of PIR sensors and how application is affected.

Wall Mount: These sensors are typically used to monitor small floor areas, doorways, and hallways. The coverage range is typically configured to detect movement in a cone shaped zone immediately in front of and surrounding the sensor. Because this range is so tightly defined, the physical distance and angle of detection zone must be considered when specifying this type. 'One size' does not fit 'all'. 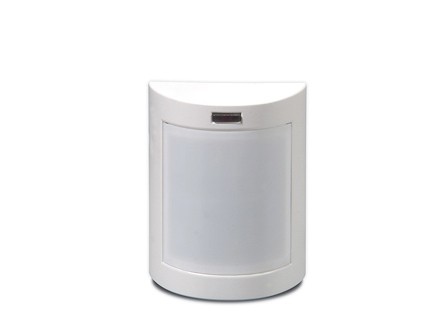 Ceiling Mount: These sensors are built to monitor broad ranges on all sides of the detector, but are not necessarily designed to be sensitive immediately underneath and close to the sensor. Mounting the sensors in the middle of large rooms is ideal, since all four sides surrounding the sensor can be covered. 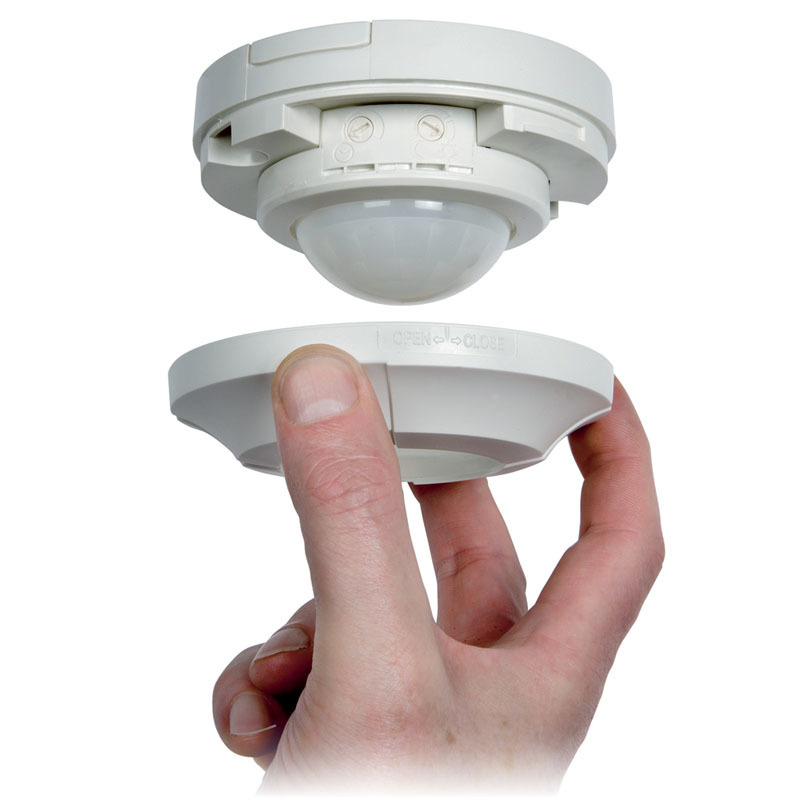 Pet Immune: Especially in residential applications, house pets moving around at night can trip motion sensors. PIRs designed with 'pet immunity' or 'pet resistance' typically have the lowest detection zones adjusted to be less sensitive than other zones. In this way, low-moving small masses like animals will not exceed the tripping threshold of the sensor, but a larger human being will. 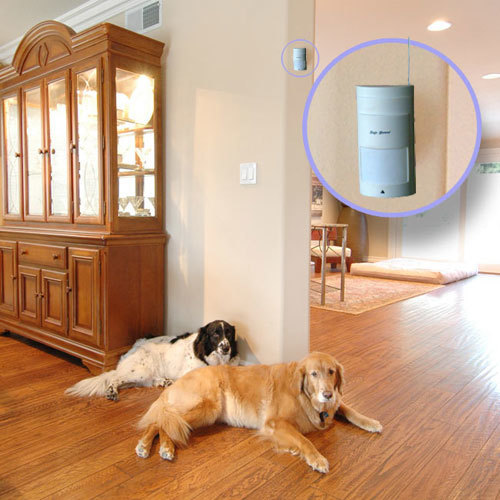 Curtain sensors: These PIRs are designed to detect movement in a narrow vertical band, akin to a hanging curtain. This is useful in setting up perimeter detections or boundary zones. Curtain PIRs can be set up adjacent to windows or doorways, triggered only when someone passes through. 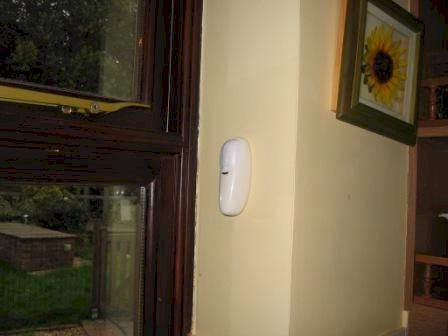 Multiple technology sensors: PIRs designed with more than one IR sensor reduce false alarms since both sensors must be independently tripped to alarm. The concept behind a 'multiple technology' sensor is the same, except that two or more different types of detection sensors must be tripped. Often, 'microwave' or 'ultrasonic' type sensors are paired with PIRs to achieve this effect. These sensors might appear cosmetically similar to 'single technology' PIR sensors but they can significantly cut the risk of false alarms. 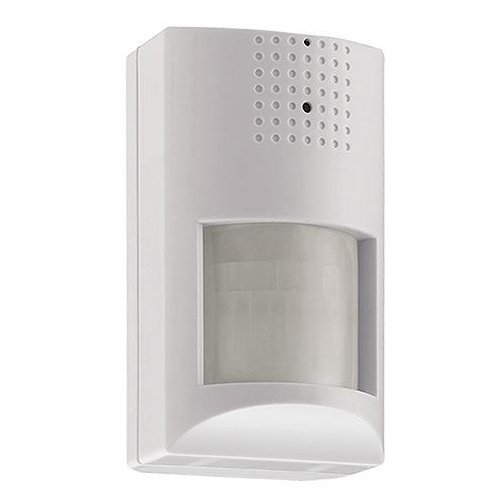 Notice in the coverage map below that two detection zones are depicted, one labeled 'Motion, IR' and the other 'Motion, Ultrasonic'.  These labels indicate the zones and sensitivity of both technologies working together in one unit. 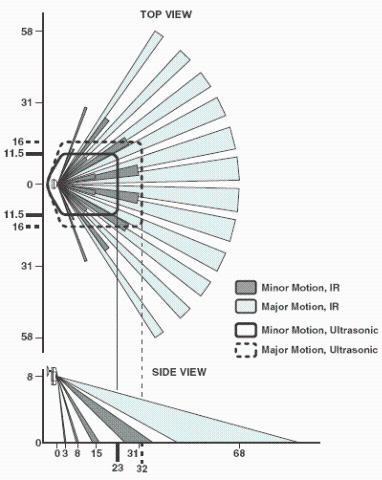 When properly applied, PIRs will not often be a source of false alarms. However, many factors contribute to "proper application".  The 5 item checklist below covers some of the basic considerations that contribute to good PIR use:

1. Place PIRs so they are not near windows: IR interference from sunlight or headlights can cause false alarms. Strong IR sources and heat can be found within ambient light sources. 'White light filtering' is commonly designed into PIRs, and especially should be used if the sensor faces windows.

2. Avoid air exchanger registers: temperature changes will influence the sensitivity of electronics, and airborne dust can interfere with or trip detection zones.

3. Do not mount PIRs adjacent to lighting: The ambient light might not interfere with detection, especially if proper white light filter is in place, but swarming insects, interference from light ballasts, and local heat zones can blind a sensor or trigger false alarms.

4. Confirm sensor power is adequate and stable: another source of frequent false alarms is insufficient device electricity. If a particular sensor is a frequent source of false alarms and no other obvious trouble sign is present, double checking device power can reveal problems.

The pricing guidlines below extend to the basic type of sensor, but more costly programmable PIRs are available. In general, unit cost increases with greater sensitivity range and longer detection zones.

Each sensor requires a source of power, and specific mounting hardware depends on the unit purchased.

Bosch Blue Line Intrusion Motion Detector Tested on Jan 03, 2017
False alarms from motion sensors are one of the most aggravating parts of...
Intrusion Motion Sensors Tutorial on Oct 04, 2016
Motion sensors are one of the most common, and most useful alarm sensors, but...
Intrusion Sensor Selection guide on Jul 21, 2016
When designing intrusion systems, a number of sensor types can be selected,...
'DIY' vs Professional Alarm Systems on Apr 18, 2012
A growing yet controversial trend in alarm systems is for people to do it...
Comments : Subscribers only. Login. or Join.