The UK's favorite camera this year [link no longer available] is from an American subsidiary of a French conglomerate. So what makes Pelco's thermal cameras so special and worthy of the IFSEC award? In this note, we examine the details of the Pelco Sarix TI series [link no longer available], contrasting to FLIR and Axis and examining Pelco's key differentiator claims.

Based on a detailed discussion with Pelco, we see 3 major differentiators claimed: 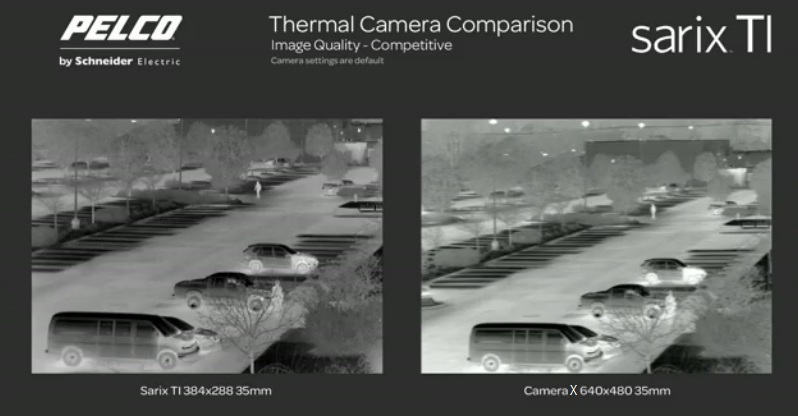 Beyond those 3 key features, Pelco's thermal camera lineup is fairly standard. They offer fixed and PTZ models with resolutions ranging from 240 x 184 to 640 x 480. All models are outdoor - no indoor options are provided.

Pricing for the line starts from $5,000 MSRP for the entry level 240 x 284 fixed model to $12k+ for the 640x480 line. Given that Pelco uses a security dealer discount model, that makes it moderately more expensive than the Axis Q19 line, though Pelco includes a broader variety of video analytics.

The two big questions coming from Pelco's claims are (1) improved video quality/detection and (2) improved analytics. Both are impossible to assess without testing. We are looking at a shootout later in the year to better understand actual performance in a market that is heating up with bigger claims (e.g., Pelco's performance claims, DRS's super low pricing, etc.)