Now, ONVIF has launched an “Education, Enforcement Campaign to Ensure Product Conformance [link no longer available]” with ONVIF’s chairman pledging that “we take protection of this brand very seriously.”

This is a much needed about face from his Spring 2014 remarks where he emphasized that “ONVIF is not a policing organization … who want(s) the industry to manage that in the best possible now.” This was practically an invitation to abuse.

As IPVM showed in the ONVIF faking directory, manufacturers aggressively took advantage of this, positioning unauthorized ONVIF conformance as the core of their value proposition.

Here are a few of the most egregious examples:

And, of course, spam king Cantonk, with the full on fake: 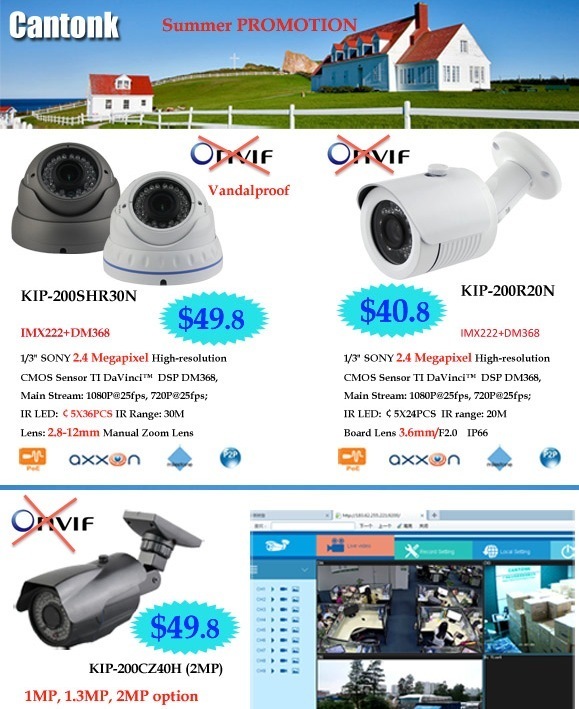 Those are just a few of the most prominent advertisements.

To be ONVIF conformant, one needs to submit passing test results with the current test tool, enabling listing in the official ONVIF product directory [link no longer available].

Here are 24 manufacturers who market ONVIF conformance but are not:

Note: these are certainly not the only manufacturers faking. As, hopefully, manufacturers resolve their issues, we will remove them from the list (simply email us at onvif-abuse@ipvm.com when your products are added to the official ONVIF directory).

A Good First Step But…

Taking a clear, public stand against abuse is an important first step for ONVIF.

At the same time, let’s keep the spotlight on these issues to continue to motivate ONVIF to take action.

A strong interoperability standard that works reliably is a key benefit for all us in the industry. We can help make it happen.

ONVIF Favorability Results 2017 on Jan 11, 2017
ONVIF has been one of the most debated aspects of the video surveillance...
Milestone Releases 'ONVIF Edge Storage' on Sep 05, 2014
Lack of VMS support for IP cameras with on-board storage has been a key...
Comments (6) : Members only. Login. or Join.