Last Chance - Camera Course Winter 2020 on Jan 30, 2020
This is the only independent surveillance camera course, based on in-depth product and technology testing. Lots of manufacturer training exists...

Security Sales Course January 2020 - Last Chance on Jan 02, 2020
Notice: This is the last chance to register for the course. This sales course is customized for the current needs and challenges specific to...

Mining Company Security Manager Interview on May 10, 2019
First Quantum Minerals Limited (FQML) is a global enterprise with offices on 4 continents and operations in 7 countries with exploratory operations...

Verkada Attacks ONVIF on Jun 27, 2019
Verkada has now gone after ONVIF, expanding its attacks against the 'dinosaurs' of the 'ancient' video surveillance industry. In a recent... 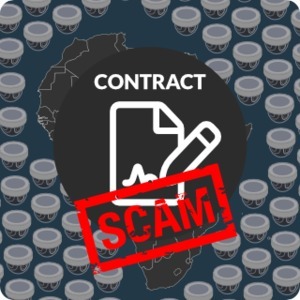 Beware African 50,000 IP Camera Contract Scam on Jul 12, 2019
A “Nigerian Prince” scam for the video surveillance market is going around. You, or at least we, could be lucky enough to be the single bidder for...

IPVM Opens 12,000 Sqft Testing Facility on Dec 16, 2019
IPVM is proud to announce the opening of the world's first video surveillance testing facility that will allow us to significantly expand our...

Milestone Launches Multiple Cloud Solutions on Feb 18, 2020
Milestone is going to the cloud, becoming one of the last prominent VMSes to do so. Milestone is clearly late but how competitive do these new...

Video Surveillance Architecture 101 on Feb 18, 2020
Video surveillance can be designed and deployed in a number of ways. This 101 examines the most common options and architectures used in...

UK Stands Behind Hikvision But Controversy Continues on Feb 18, 2020
Hikvision is exhibiting at a UK government conference for law enforcement, provoking controversy from the press, politicians, and activists due to...

IronYun AI Analytics Tested on Feb 17, 2020
Taiwan startup IronYun has raised tens of millions for its "mission to be the leading Artificial Intelligence, big data video software as a service...

Access Control ADA and Disability Laws Tutorial on Feb 17, 2020
Safe access control is paramount, especially for those with disabilities. Most countries have codes to mandate safe building access for those...

ISC West 2020 Removes China Pavilion, No Plans To Cancel Or Postpone on Feb 17, 2020
ISC West plans to go on next month, amidst concerns over coronavirus. However, the Asia / China Pavilion has been removed, show organizers...