Ask five integrators how an office should be covered with surveillance, and you'll get five different answers. Though it is one of the most common applications in the industry, surveillance of office buildings still suffers from a lack of planning and design based on realistic threats, with arbitrary camera placement which may ignore vital areas. 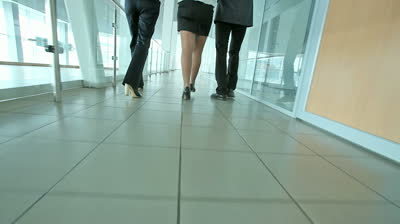 Though the size, layout, and specific business may vary, office spaces share many common features, as well as common concerns:

Though the above are most common, each office is unique, and its individual conditions should be evaluated independently. Facilities which are staffed 24/7, for example, are less likely to experience burglary and vandalism, though employees coming and going at night may become targets for muggers.

With the above threats in mind, there are a few locations where cameras are regularly deployed in office facilities: 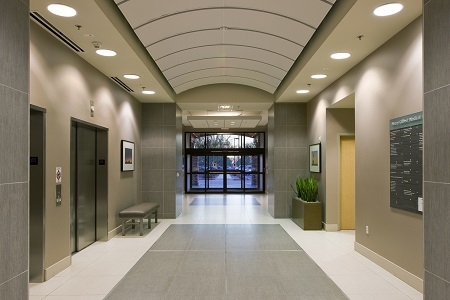 Entrances: Typically, the main entrances of the facility are covered, to capture comings and goings. This may be a single entrance only, or multiple, if there are employee, visitor, and shipping entrances, for example. These doors are covered to capture both internal and external threats. Employee theft may be detected in this way, either by catching the thief overtly carrying material, or via a trend of abnormal behavior over time. These areas also most likely to be penetrated in case of burglary, and may be held open or left unlocked during the day, potentially becoming an entry point for criminals.

These areas are typically covered by interior cameras, with a tight field of view centered on the entrance area. Wide dynamic range cameras should be installed if the location is subject to strong backlight conditions, see this IPVM WDR shootout for examples. In facilities which use door intercom systems, users should consider integrating them with the surveillance system, as discussed in our tutorial. These cameras are most likely to be viewed live, with receptionist or guard staff watching comings and goings for potential issues, or simply to see who is at the door. 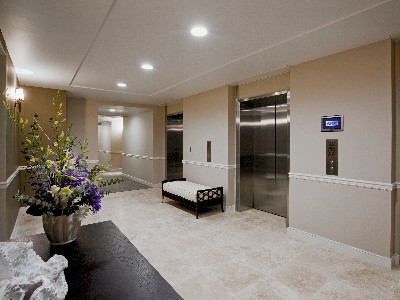 Elevator lobbies: In multi-story buildings, the factors affecting entrances above may extend to elevator lobbies, as well, as they are the entry point to each individual floor. This is normally only common in higher-security facilities, who wish to visually follow subjects as they move between floors. Other facilities simply view exterior entrances. Many times, an owner will request cameras in the elevator cabs, which require specific travel cabling or wireless transmission methods and specific types of cameras, adding cost and complexity to the system. 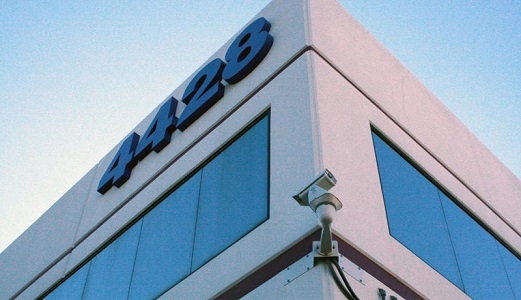 Building exterior: Exterior cameras are typically used to capture vandalism or burglary. This is most often accomplished via cameras mounted at the building's corners, aimed along the outside walls. 100% coverage of every wall is not necessarily required, as these acts are far less likely to occur in public-facing areas, such as those near well-lit residential areas or thoroughfares. Areas out of the view of the public are key, in these case. If slip and fall is a concern, exterior cameras should cover public use areas, such as sidewalks and pathways, as well. The cameras are normally used for forensic purposes only, as businesses are often not staffed during off-hours, when incidents are more likely to occur. If budget is a primary concern, here's a list of low-cost exterior cameras that should be helpful. 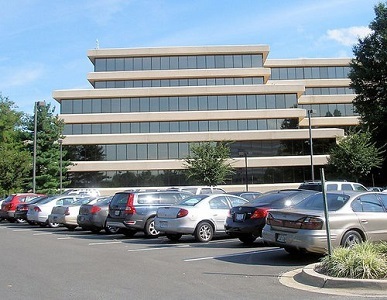 Parking lots and garages: Facilities with large parking lots or garages may decide camera coverage is necessary, especially in cases where staff comes and goes during nighttime hours, where they may become criminal targets. Parking lots are notoriously difficult to cover well with cameras, as they are usually not brightly lit, and their size makes covering them with usable resolution difficult. High-megapixel cameras are often used for these purposes, though they are not without issues, as many are low frame rate, monochrome- or color-only, and less sensitive to light by nature. Users are often better off installing more lower-resolution cameras (1-2MP) with smaller FOVs. IPVM has performed specific tests in parking lots and parking garages that should be helpful with camera selection. 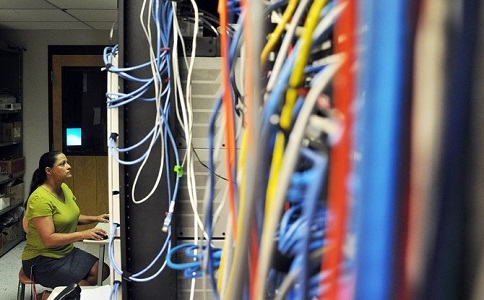 Data centers: In facilities with dedicated data centers, comings and goings are often recorded. This provides a record of who entered the data center, and when, and potentially their actions within. This may be used later if equipment tampering or theft of data has been discovered. Often times this is where the video surveillance head-end or network switches are located, having cameras in this area is beneficial to deter tampering with the system. 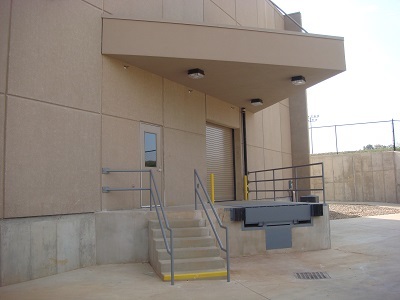 Loading docks: Coverage of loading docks serves two purposes. First, loading docks are often used in the theft of large items, as it is easier to move items through overhead doors than man doors. Second, it provides a record of shipments, incoming and outgoing, which may be helpful in damage claims and quality control. These areas often require wide dynamic cameras, as open overhead doors create strong backlight. An additional loading dock camera may have prevented this multi-million dollar pharmaceutical heist. 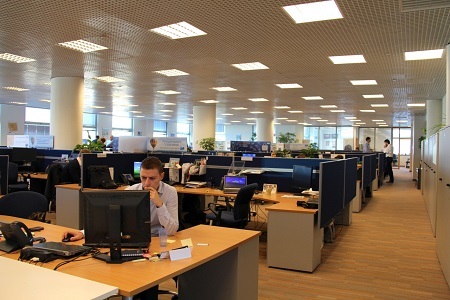 Offices: Some offices choose to place cameras throughout the interior of the office, in addition to these areas. This is a hotly debated practice. Cameras in these areas generally negatively affect employee attitude, and they may attempt to disable them or block them if possible. However, if there is a legitimate risk in these areas, there may be no other choice. In these cases, if the intent is not to watch employee activity, users may crop the FOV or mask employee workspaces if possible.

As is the case in most instances, IP camera deployments in offices most often use a dedicated network as reflected in our network deployment survey. The security LAN and corporate LAN are often connected, however, so that staff on the corporate LAN may access video. Surveillance systems may also need to be made available on the internet, if remote access or mobile apps are desired.

How video is viewed most often depends upon the size of the facility. In small offices, video is rarely viewed, instead used for forensic purposes. Receptionists or managers may also use a dedicated monitor for periodic monitoring. In mid-to-large facilities, viewing may be more deliberate. Many larger facilities have front desk staff, or full-time guard staff, who view video on a regular basis. If the building is only one location of a multi-site company, video may also be viewed remotely, in a central security command center. 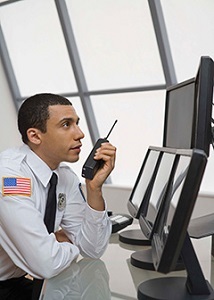 In small offices, managers and owners may find mobile applications useful, as they allow for look-in and notification of events while they're away from their offices. In larger facilities, where staff is dedicated to security, this is likely less attractive and useful.

More often than not, private office facilities purchase through negotiations with a single vendor, without any sort of RFP formal process. Some may prefer, or be required by company policy, to acquire multiple quotes. Large, corporate facilities may issue RFPs, but this is rare compared to those that do not. Owners requiring multiple quotes should exercise due diligence to ensure that the proposals are as close to "apples to apples" as possible in terms of number type, style and resolution of the cameras, as well as the recording schedule, frame rate, resolution, and retention duration as well as the operation of the system.

Obviously, system price will vary widely depending on the size, layout, and security level of the facility. Generally speaking, small offices with light requirements will budget $10,000 or less for surveillance. It is not uncommon to see larger facilities budget in the range of $15,000-25,000, especially if multiple outdoor cameras or parking lots are involved. For very large facilities, such as multi-story "cubicle farms" and call centers, $50-100k is likely.

From what we have seen, there are certain trends in the types of equipment being installed in office facilities:

An office video surveillance system can vary as greatly as the people that occupy the building or companies that install the system. We hope this guide can serve as a base template for the design and layout of office building video surveillance systems. It is not meant to be all-encompassing as each installation has its own individual priorities and challenges. However, most office environments face similar threats and common building features that we have addressed here.