The HID card readers you may have used in the past are changing.  As old stocks of standards like R10 and R40 readers dwindle, new part numbers and a new series takes their place: iClass SE.  In practical terms, what does this change mean, and more importantly, is it a benefit?

In this note, we examine HID's iClass SE readers, survey what has changed, and how it may impact your designs.

HID frequently obscures the practical difference between device generation with marketing buzzwords and vague claims of improvement, leaving many just scratching their heads as to what is actually different, ie:

Cutting through all the vagueness, the biggest technological difference SE offers is OSDP compliance, while older reader models do not. As discussed in our Wiegand vs OSDP post, this protocol offers bigger throughput and bi-directional communication between reader and controller/interface. OSDP supports larger amounts of credential data, and allows tighter security monitoring of the access device most vulnerable to tampering.

Physically the updated readers are the same size and have very similar performance characteristics of previous models. The only noticeable difference is the LED status bar adds amber and blue illumination to the red/green indicator. Otherwise, previous reader sizes and options are the same with SE units: 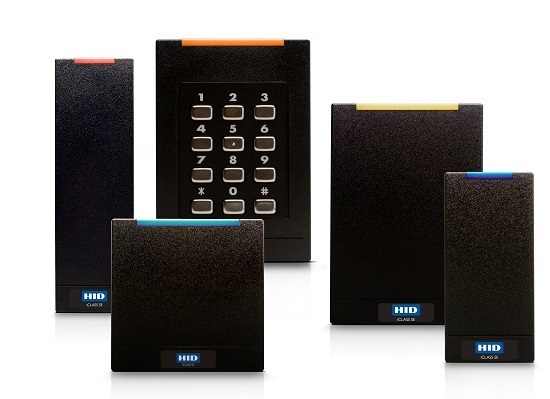 Other important notes about the line include:

As previous reader model stocks dry up, designers and end-users specifying HID should expect to replace them with SE series units. Pricing between the options is usually within 5% of equal, and very often priced the same between generations. For example, street pricing for popular models:

The crux of much debate surrounding access system security surrounds the reader. While SE reader offer 'security improvements' like OSDP and SIO, they must be applied as a system, with both the upstream controller and/or downstream credential also supporting those features.

By themselves, SE readers will do little to increase system security, but as a 'link in the chain', they can protect both credential data and access systems from direct attacks.

Startup GateKeeper Aims For Unified Physical / Logical Access Token on Apr 04, 2019
This startup's product claims to 'Kill the Password' you use to keep your...
"Future-Proofing" Access Control Guide on Jul 30, 2015
Its one of the most misused phrases around: "Future-proof". However, even...
The Coolest New Access Control Product In Years is from Tyco on Oct 22, 2014
Cool. Access control. Tyco. 3 things that you or I may have never...
Comments (3) : Subscribers only. Login. or Join.