Axis has released a new generaton of their P33 dome camera line, incorporating hardware improvements and price changes. In this note, we examine features and pricing comparing to existing P33 models and similar ones from Sony.

Here are key features of the new P33 domes:

We see a number of key differentiators:

Axis's new domes will be notably less expensive than Sony's current premium offerings but still more than their mid range ones. Sony offers the SNC-DH140 vandal indoor model at a street price of ~$950 and the DH180 indoor model with integrated IR at ~$1,100. By contrast, Axis's vandal indoor HD model has an MSRP of $799 and the model with integrated IR has an MSRP of $899. This gives Axis a $100 - $150 price advantage over Sony premium cameras. However, Sony's mid level SNC-DH120 HD indoor non vandal dome has a street price of $550 USD, still notably less than the new Axis comparable P3354 with an likely street price of ~$650 USD.

Image quality is likely to be a split decision. Sony's premium models offer strong WDR, an area Axis remains weak with the notable exception of the box only Q1604. On the other hand, Axis Lightfinder likely provides a significant low light performance advantage over Sony who has average to below average low light imaging.

Ultimately, comparative testing will be needed to determine fine differences in performances. However, Axis's new generation cameras are clearly an important competitive advance in cost effectiveness and low light capability. 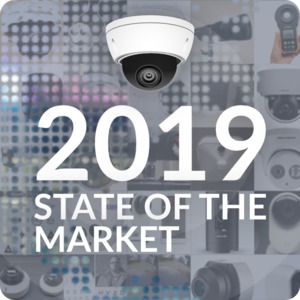 2019 Video Surveillance Cameras State of the Market on Jan 07, 2019
Each year, IPVM summarizes the main advances and changes for video surveillance cameras, based on our industry-leading testing and... 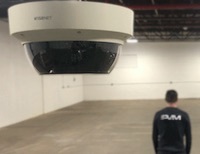 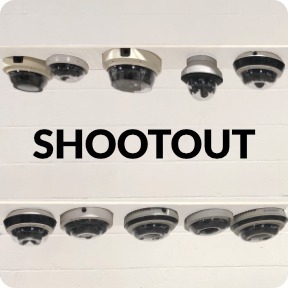 Intersec 2020 Show Report on Jan 20, 2020
IPVM is in Dubai for Intersec, the Middle East's largest security conference. In this report, we cover the main booths and issues out of the...

Favorite Camera Manufacturer 2020 on Jan 20, 2020
The past 2 years of US bans and sanctions have shaken the video surveillance industry but what impact would this have on integrators' favorite...

Severely Impacted Mercury Security 2020 Leap Year Firmware Issue on Jan 17, 2020
One of the largest access controller manufacturers has a big problem: February 29th. Mercury Security, owned by HID, is alerting partners of the...

Apple Acquires XNOR.ai, Loss For The Industry on Jan 16, 2020
Apple has acquired XNOR.ai for $200 million, reports GeekWire. This is a loss for the video surveillance industry. XNOR.ai stunned the industry...

Halo Smart Vape Detector Tested on Jan 16, 2020
The Halo Smart Sensor claims to detect vaping, including popular brand Juul and even THC vapes. But how well does it work in real world...

PRC Government Entity Now Controlling Shareholder of Infinova / March Networks on Jan 16, 2020
A PRC government entity is now the controlling shareholder of US security manufacturer Infinova as well as its wholly-owned subsidiary March...

Network Cabling for Video Surveillance on Jan 15, 2020
In this guide, we explain the fundamentals of network cabling for video surveillance networks, how they should be installed, and the differences in...

ONVIF [Un]Trashed Statement, Confirms Dahua and Hikvision Still Suspended on Jan 15, 2020
ONVIF has 'trashed' the suspension statement for Dahua, Hikvision, Huawei, etc. but confirms to IPVM that those companies are all still...