Poor lighting is a common problem for video surveillance.

To solve this, a big trend in the past few years is to add IR lighting inside the camera but how about the other way?

What if 'smart' light bulbs added cameras inside? This is an emerging niche we examine inside this post, looking at the logistical and operational tradeoffs of such an approach.

The Snap, from Sengled, combines a White LED, PAR38 sized flood lamp with a Wi-Fi connected 720p camera with a mic and small speaker. The entire unit screws into a standard light fixture and is powered by a high voltage circuit.  The image below shows off the latest product mockup: 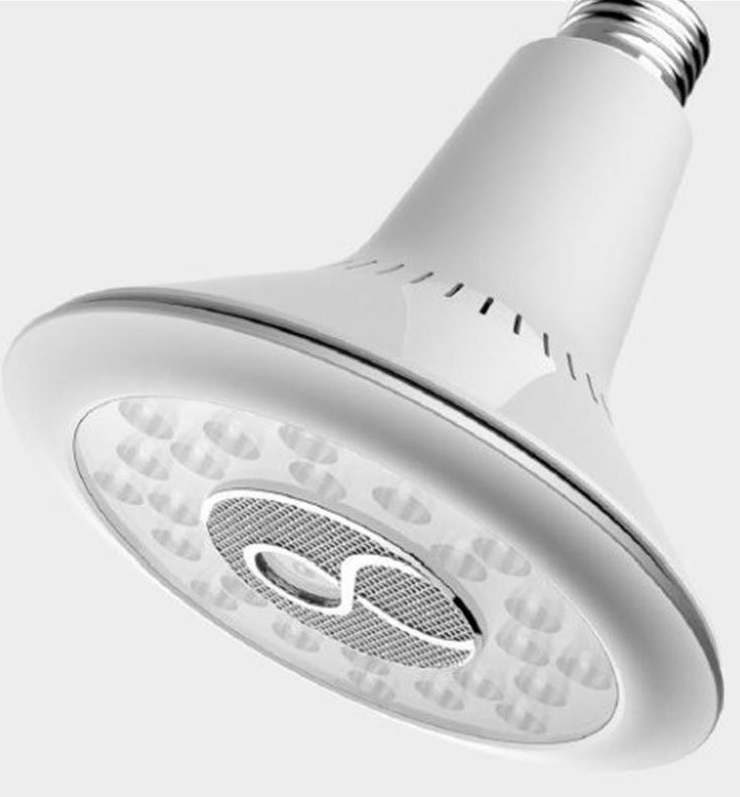 While the unit is pre-production, the manufacturer claims it will offer some notable features when released:

The manufacturer is not giving out details like camera specifications, wireless range/repeater range, or unit price.  However, they are claiming the unit will be available in the market by the end of Q1 2015.

Pairing lights with cameras is a smart idea, since low-light is a classic fundamental weakness of many cameras.  Because Snap pairs a white light into the camera, potential lighting issues are likely to be diminished.

Lighting aside, one of Snap's strongest features will be ease of install.  Rather than running new cables and hanging a new mount, the Snap just screws into place, likely in spots where security lighting already exists. Integrating lights with security cameras is no longer an external job, since everything is packaged in one device.

However, even at a high level, we can see major issues that will prevent Snap from taking off.

In recent years, the market has produced a few examples of lights equipped with cameras. For example, a camera equipped light fixture startup called Kuna raised nearly $230k in just over a month.  We covered Kuna in our Startup: The Smartest House Light Ever? update. The major structural difference between Kuna and this bulb camera is Snap will likely be easier to install for the casual DIYer.

A similar light fixture product named Nightwatcher has been on the market for several years, but unlike Snap or Kuna the unit's camera is not networked and simply writes video to local storage.  The unit is not able to send alerts, but simply traverses the light head to track movement within range of the unit's PIR.