In May 2011, ObjectVideo expanded their patent infringement claims, significantly increasing the scope of their charges and raising new concerns about the impact of their lawsuit campaign. In this note, we examine new evidence shared with IPVM citing documents more than 10 years old that could invalidate the ObjectVideo patents.

As we explained when we reviewed Sony's defense, the key tactics are: (1) to establish prior art and/or (2) demonstrate inequitable conduct.

In this new evidence, provided by the same group in our May 3rd report, they cite 4 key documents. Read their full Second "Defense" Document (46 pages) or see the summary conclusion below: 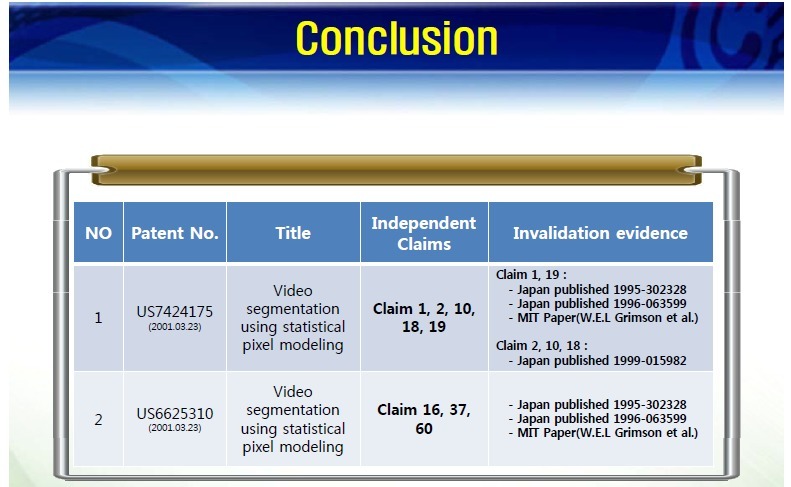 This report is based on 2 fundamental sources:

The heart of this argument is that these documents pre-date any of the ObjectVideo patent applications by more than one year, which could qualify them as prior art and a basis to invalidate OV's patents. Secondly, the group argues that ObjectVideo had a legal obligation to disclose the relevant VSAM research. Since they failed to do so, this could result in a judgment for inequitable conduct.

Certainly, ObjectVideo is well aware of the VSAM program and contributions of their employees prior to working at OV. We would expect them to have some counterargument and to make that response during the course of the trial.