Share surveillance images and crime information with your neighbors, using a social media app. A startup that received $40 million in funding is supporting and promoting this. In this note, we take a look at how Nextdoor works and its potential.

Nextdoor restricts access to only those people in a given neighborhood by verifying personal information (such as social security number and credit numbers), ensuring that only neighbors can see what is going on locally.

Neighbors can then see a news feed with postings from their neighbors. They can post videos and photos, look for a dog sitter or organize events in categories like Classifieds, Crime & Safety, Documents, Free Items and recommendations. The company says it is being used in more than 27,000 U.S. neighborhoods and passes over a half million messages a day. 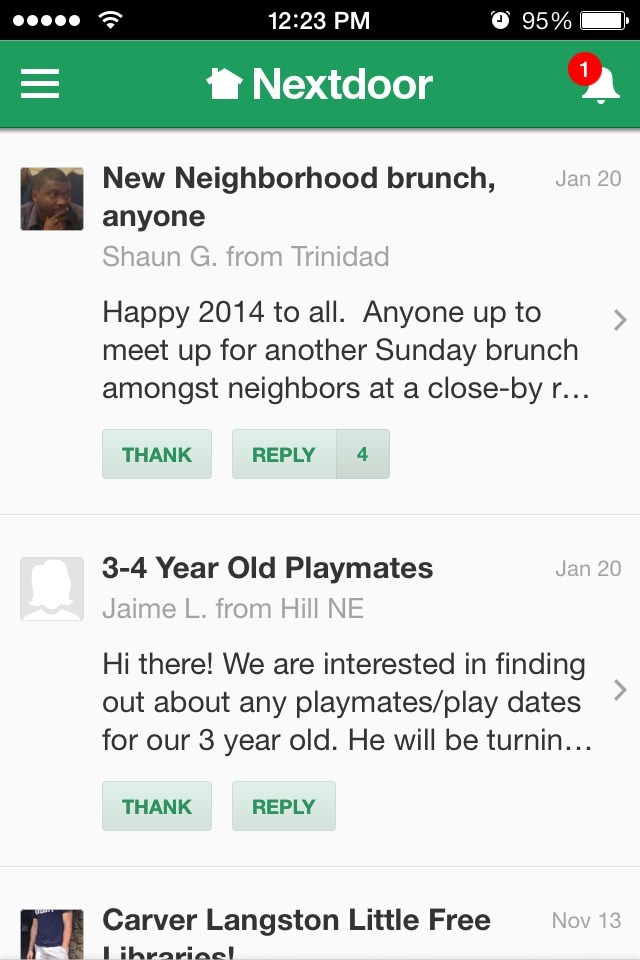 Here is what the crime section looks like for my neighborhood:

It is extremely sparse and misses the overwhelming majority of crimes, but relies on neighbors to input information so the crimes posted are usually ones where people are personally involved.

Residents can include any type of multimedia in the postings, making it quick way to disseminate information to the people around you. The service also sends users a daily digest via email of activity in the neighborhood.

The company has raised $40 million since 2011, proof that investors believe in it, but as with any of these crowdsourced content apps, they are only good if people are willing to provide content. The more users it has, the more value it provides. In contrast to another neighborhood watch-type app we recently examined, which showed no users on the entire east coast, I logged into this app and found that hundreds of my neighbors had already signed up. But of 268 immediately around me, only about five were regularly active.

In this area, we already have neighborhood blogs and forums that serve this same purpose. I asked some of the neighborhood bloggers around D.C. why they don't post their content to Nextdoor. Some replied that they were signed up, but they already run and have followers their own blogs and Twitter pages so they wouldn't get much value from posting to Nextdoor.

But as the 20/20 segment shows, in places where people want to enhance or coordinate neighborhood watch, it could become useful.