IPVM went to numerous locations and measured the lux readings / light levels at each one. Here is an example of the approach we took and output created: 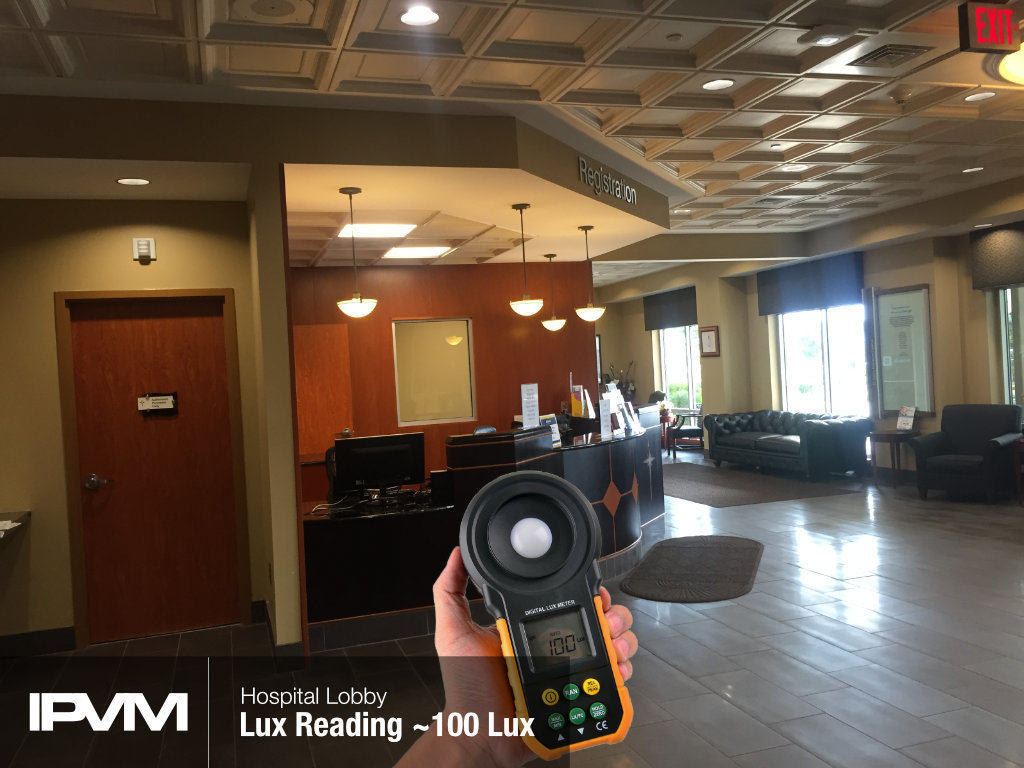 Many surveillance professionals know that knowing light levels is important but tend not to have a good sense of what light levels realistically are.

By contrast, sunny daytime outdoor scenes generally had 10,000+ lux levels, leaving a large gap in light levels for what is typically faced by surveillance cameras.

In particular, given that indoor cameras are most common, and indoor cameras will generally face somewhat poor light levels (<200 lux), keep that in mind when assessing camera performance as those light levels may undermine image quality (e.g., 4MP Low Light Weakness Tested).

The exterior scenes we have included at night are fairly bright (7-30 lux). We have not included darker scenes here as camera performance would greatly skew the quality of the sample, with super low light models displaying brighter imagers than average, and higher resolution models potentially displaying as simply black.

Readers should be aware of this when reviewing the samples below and not assume that typical exterior low light scenes are so well lit.

The test scenes and their respective Lux levels can be seen below. Readers may also download a .zip file of these scenes (~7MB). 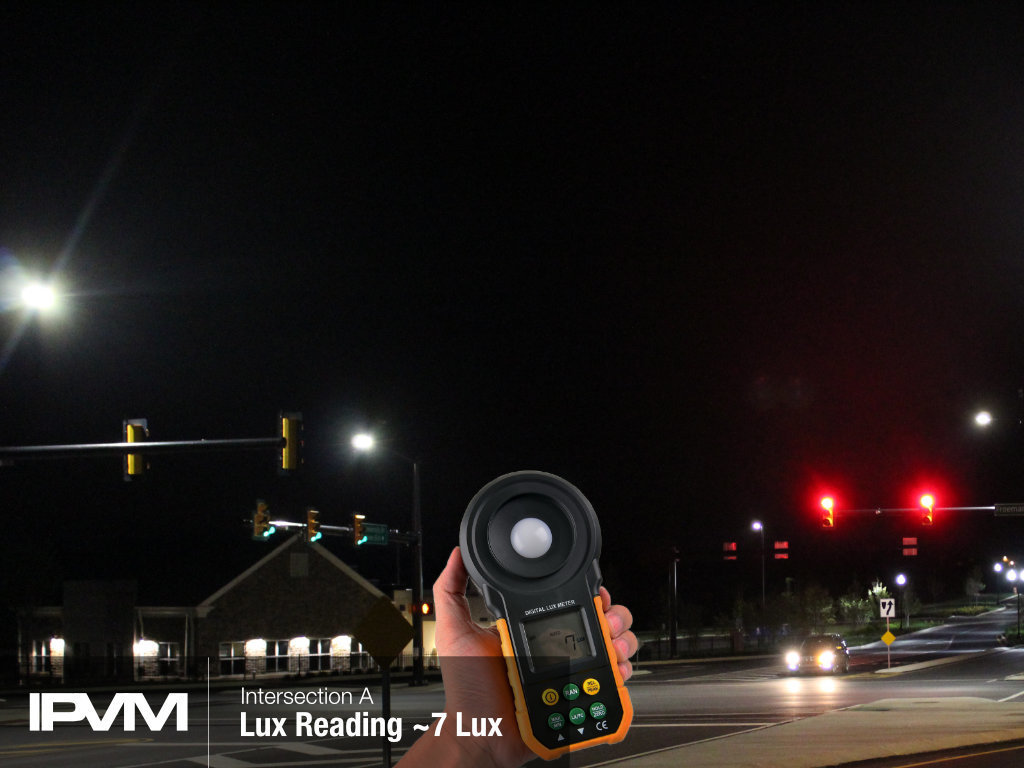 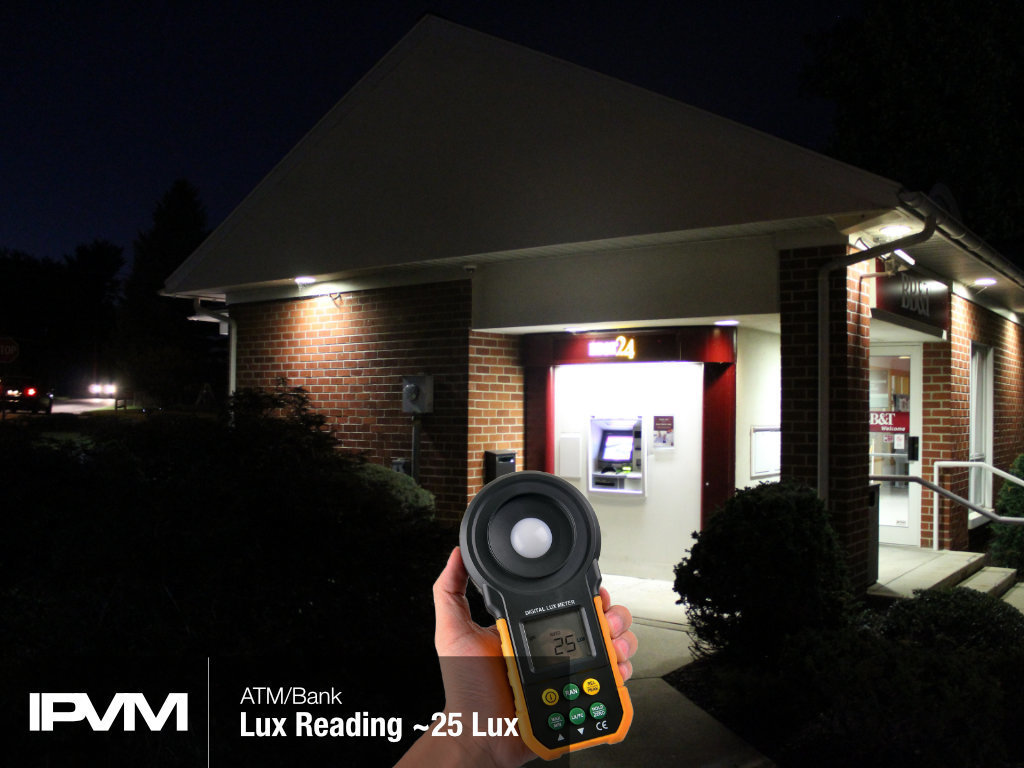 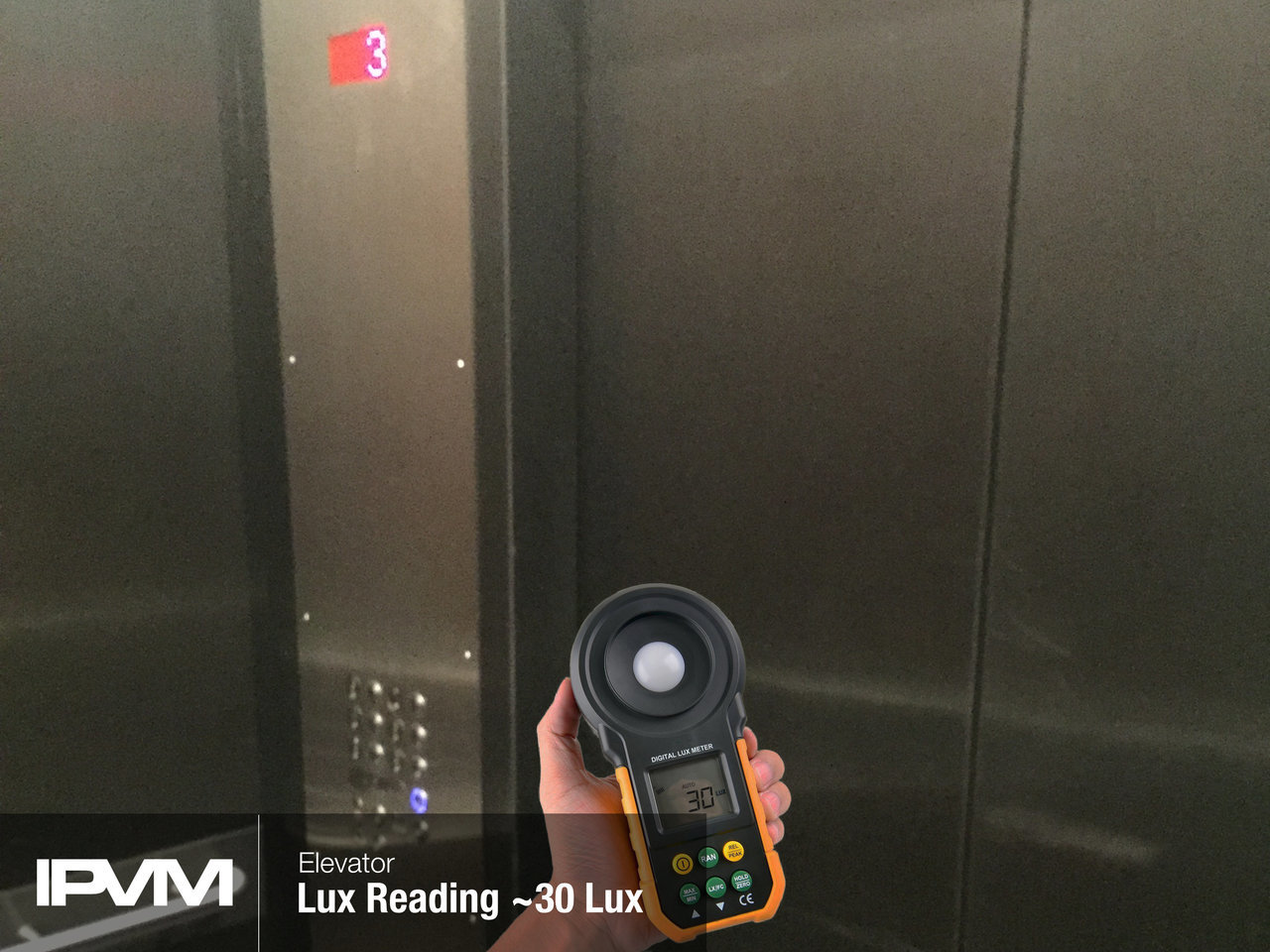 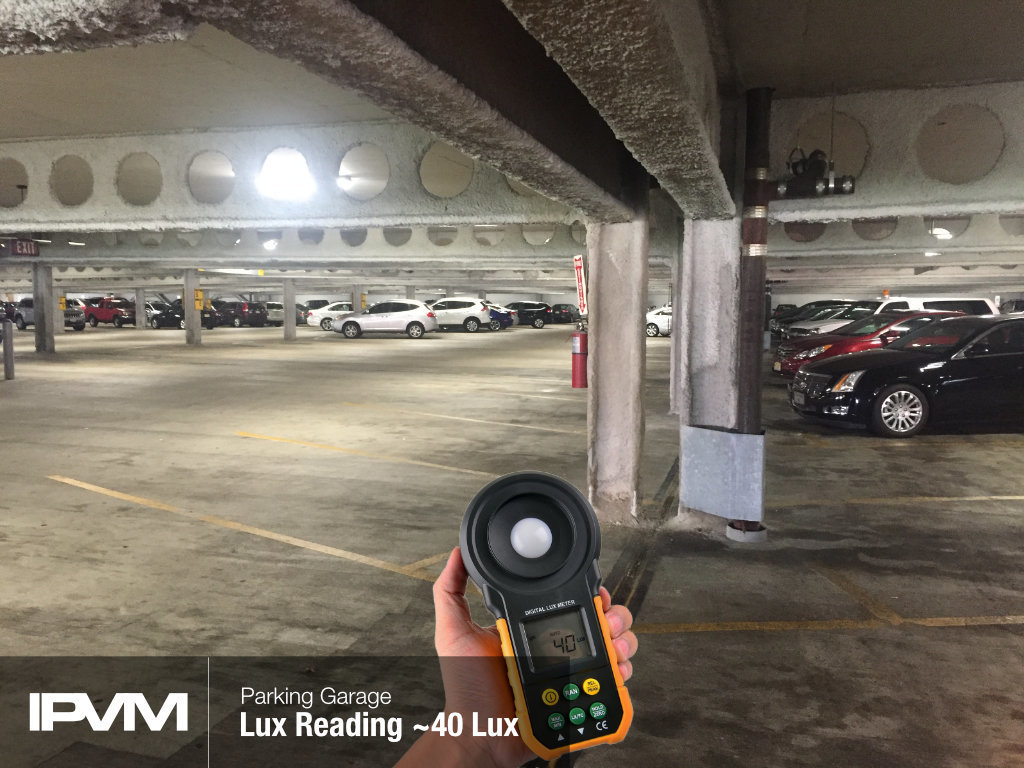 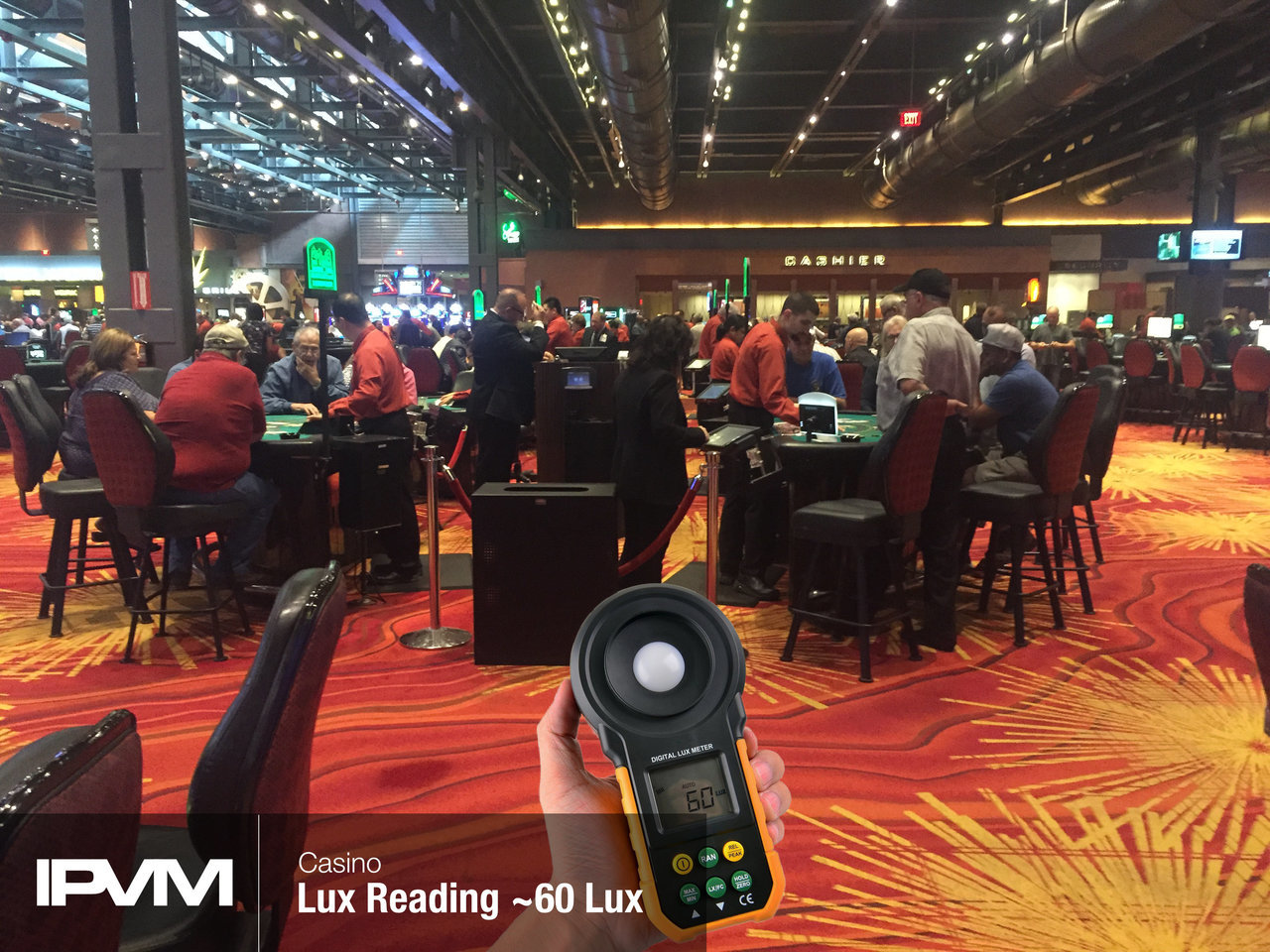 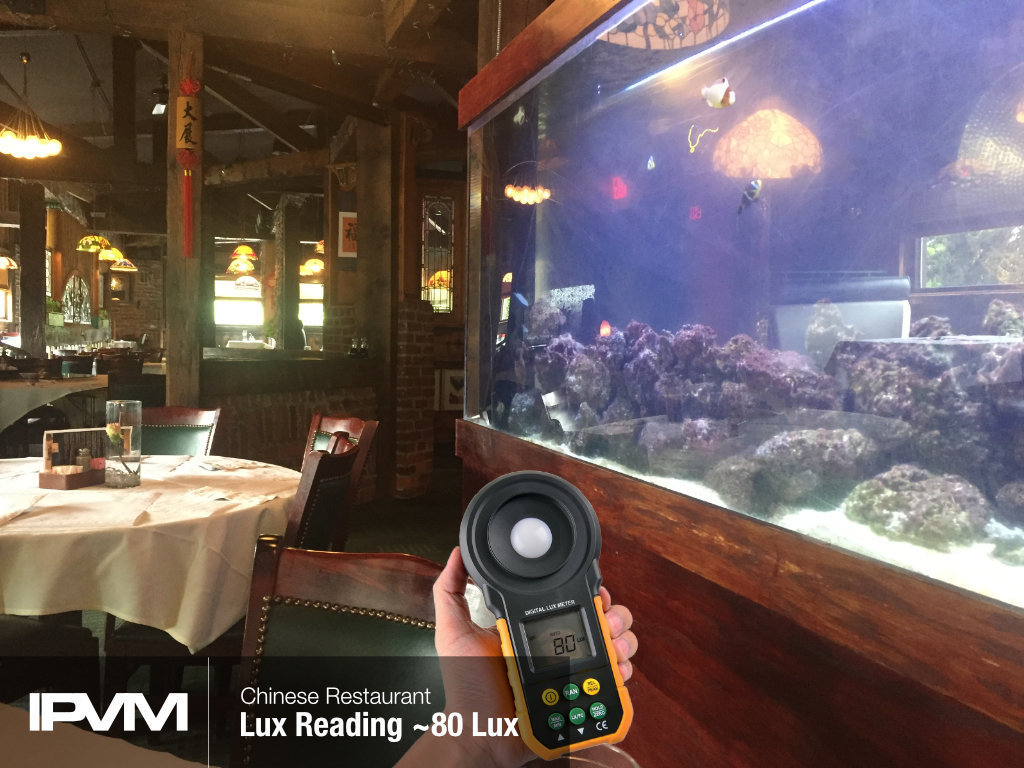 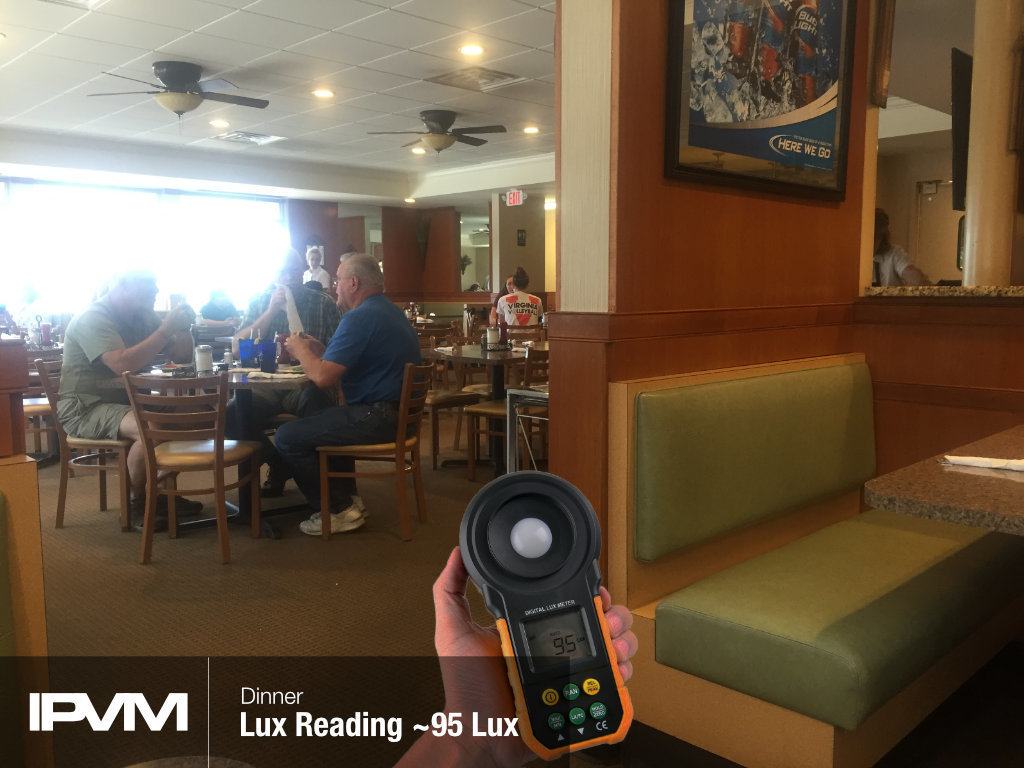 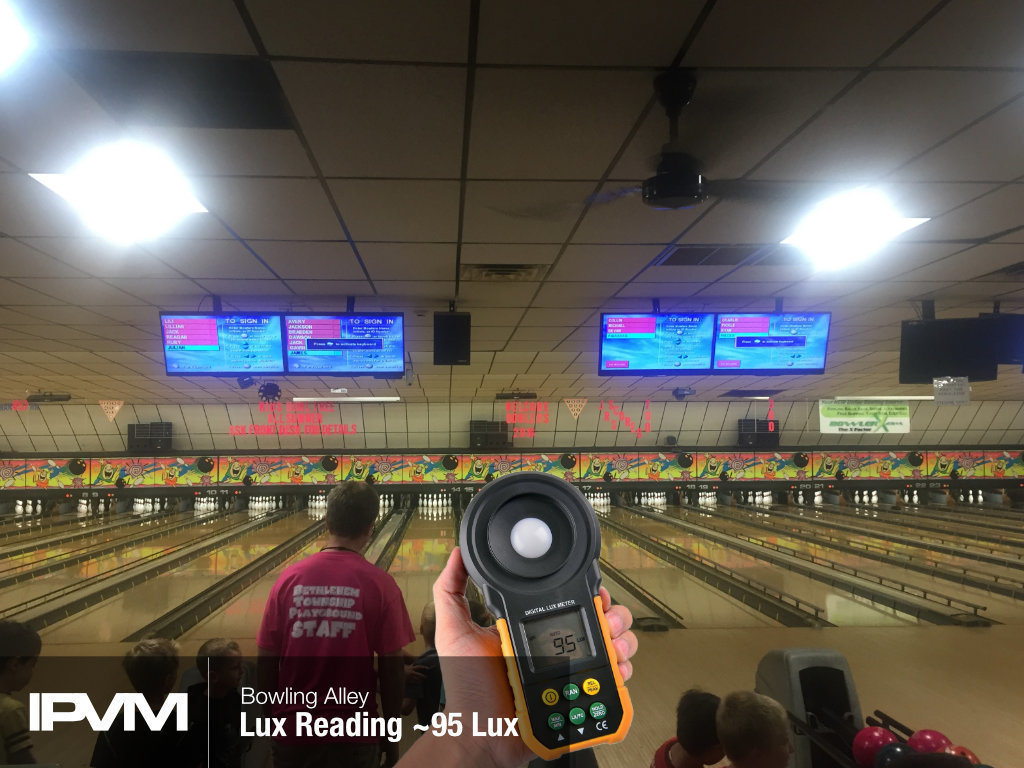 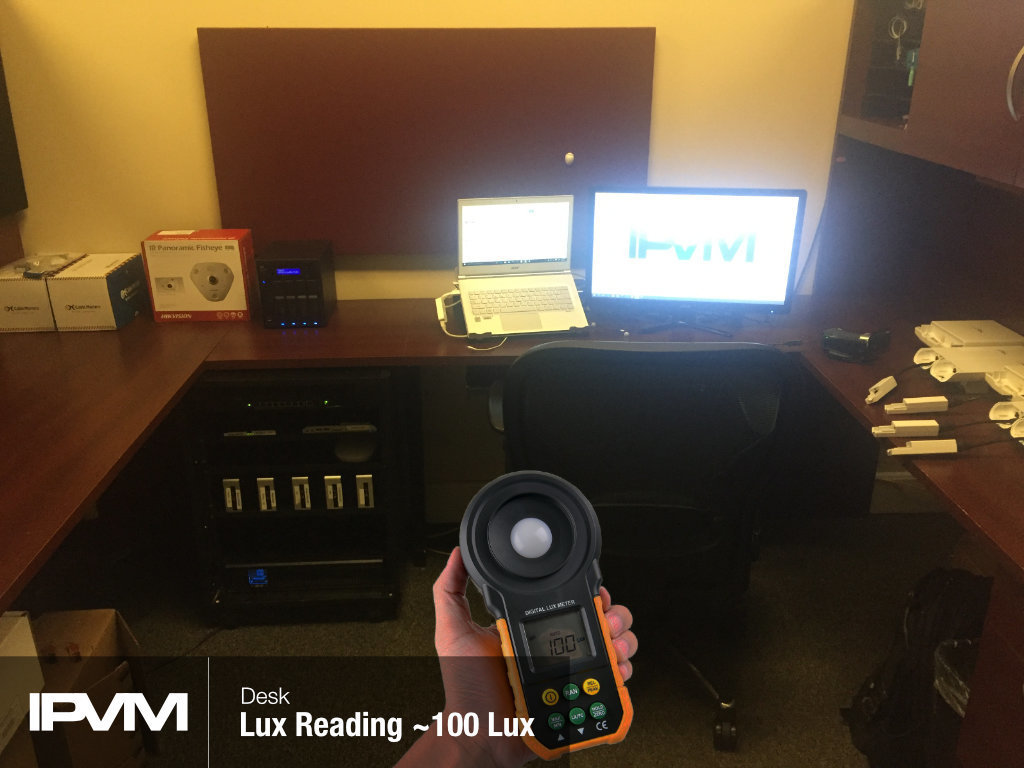 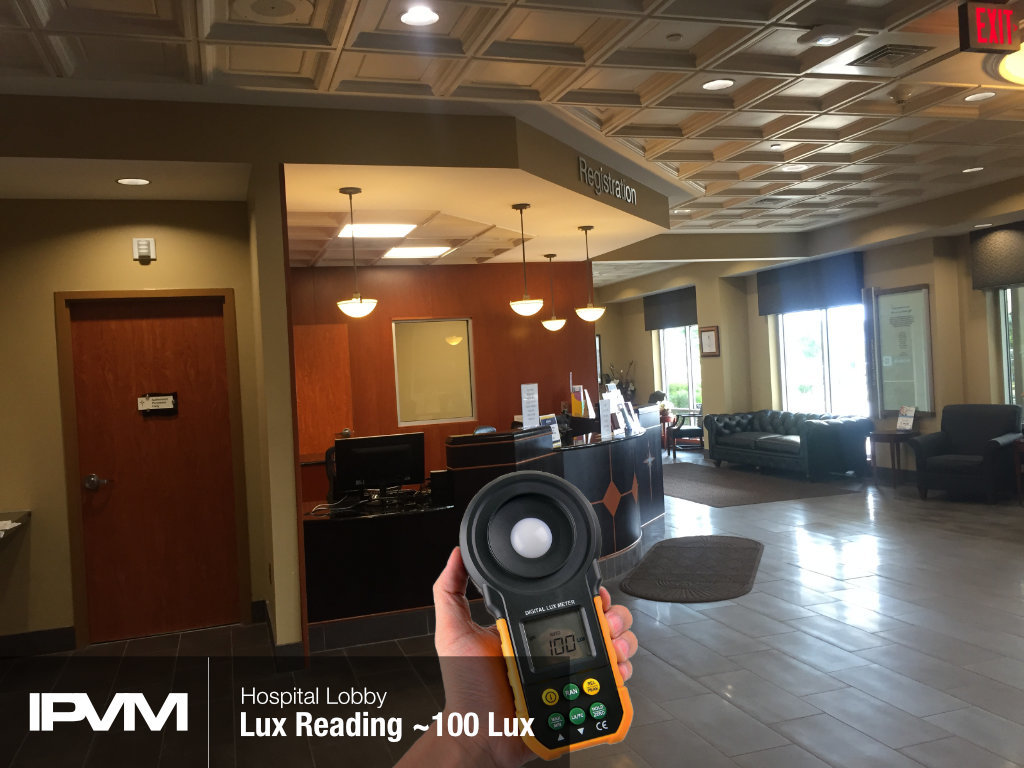 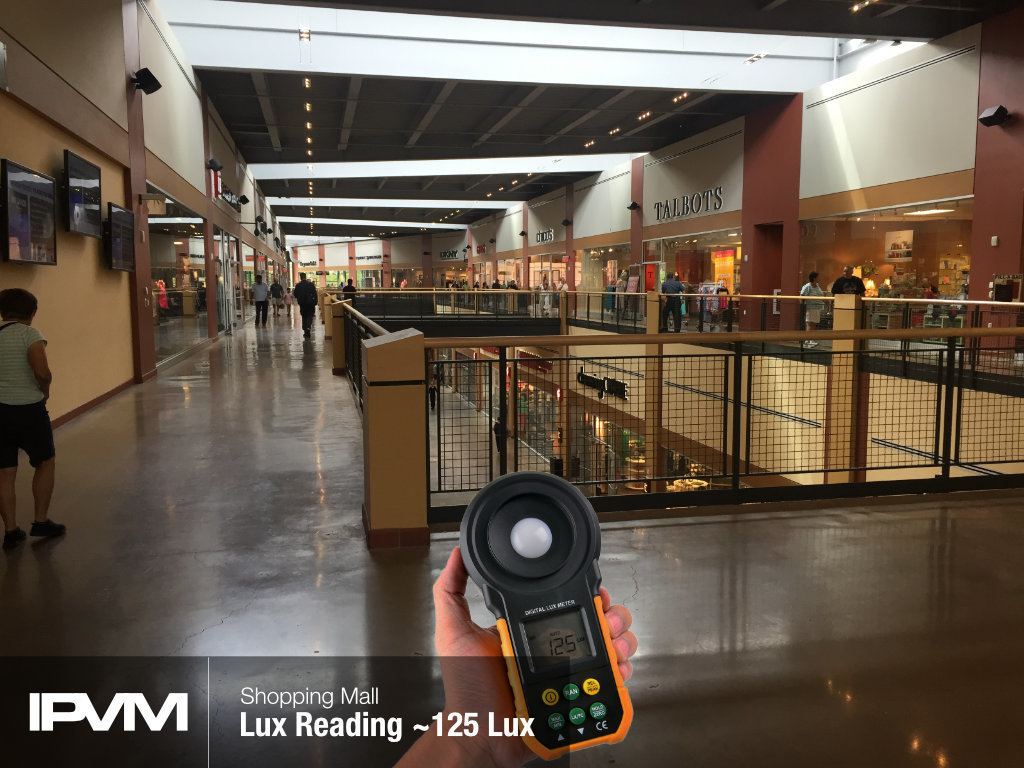 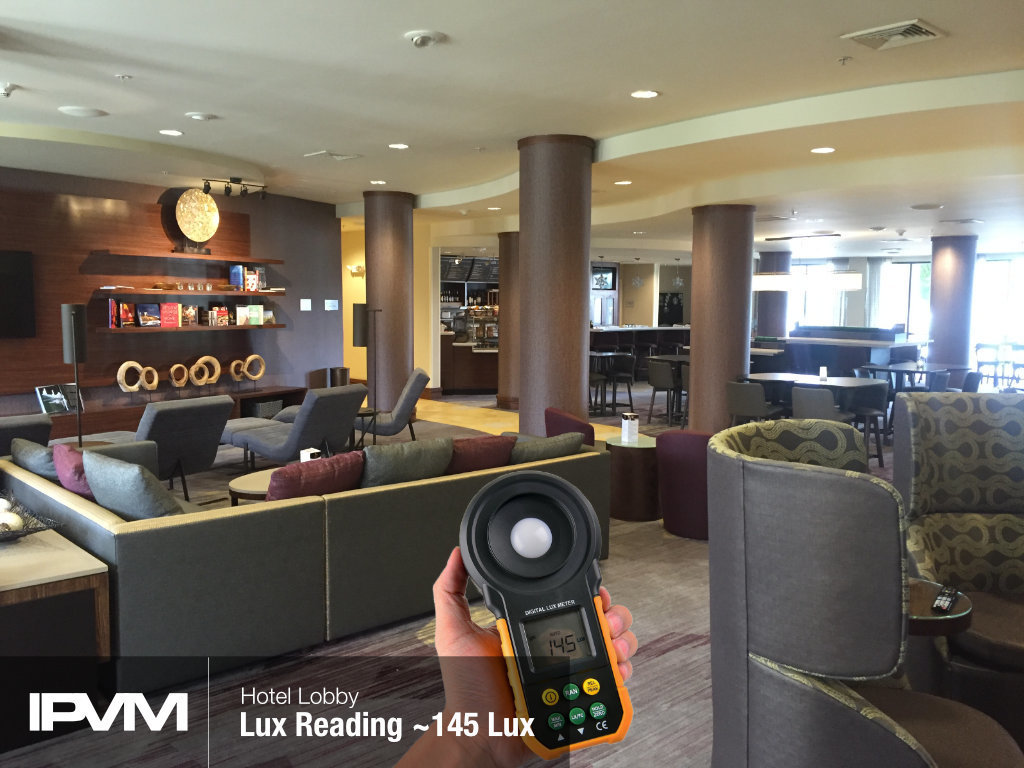 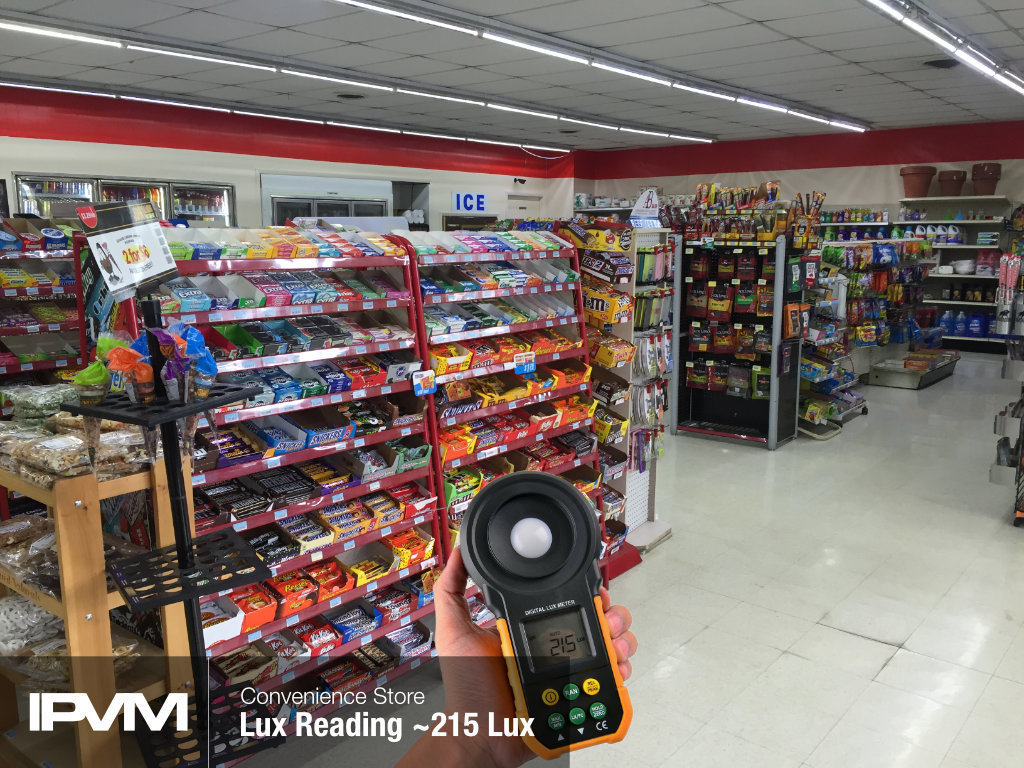 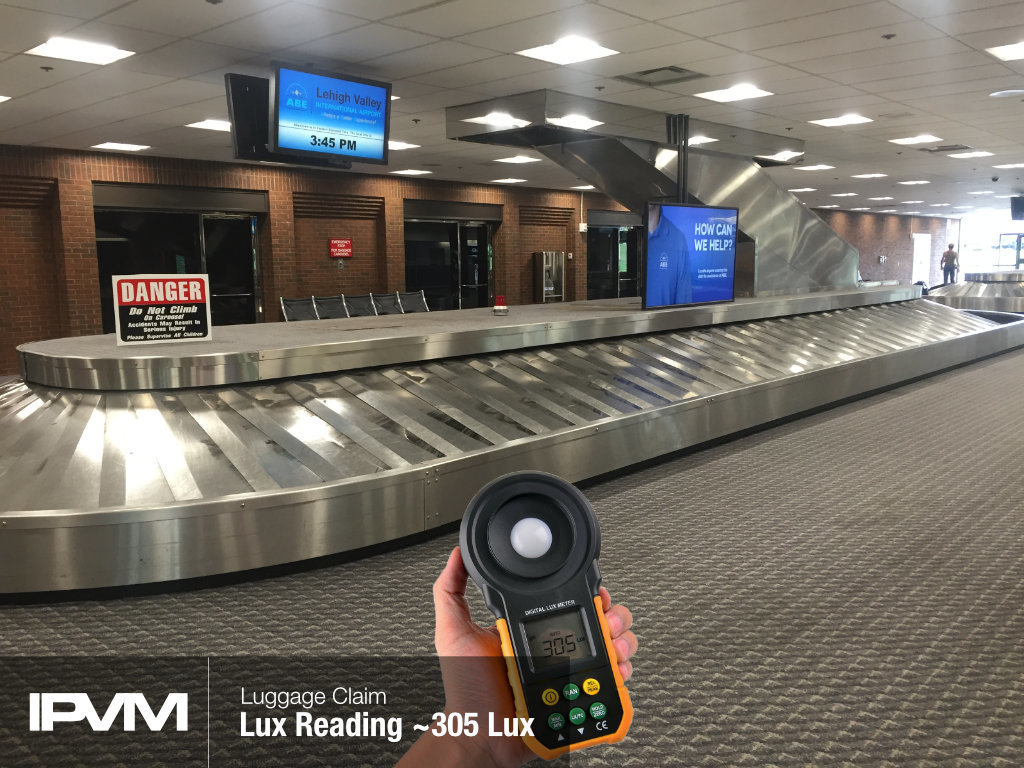 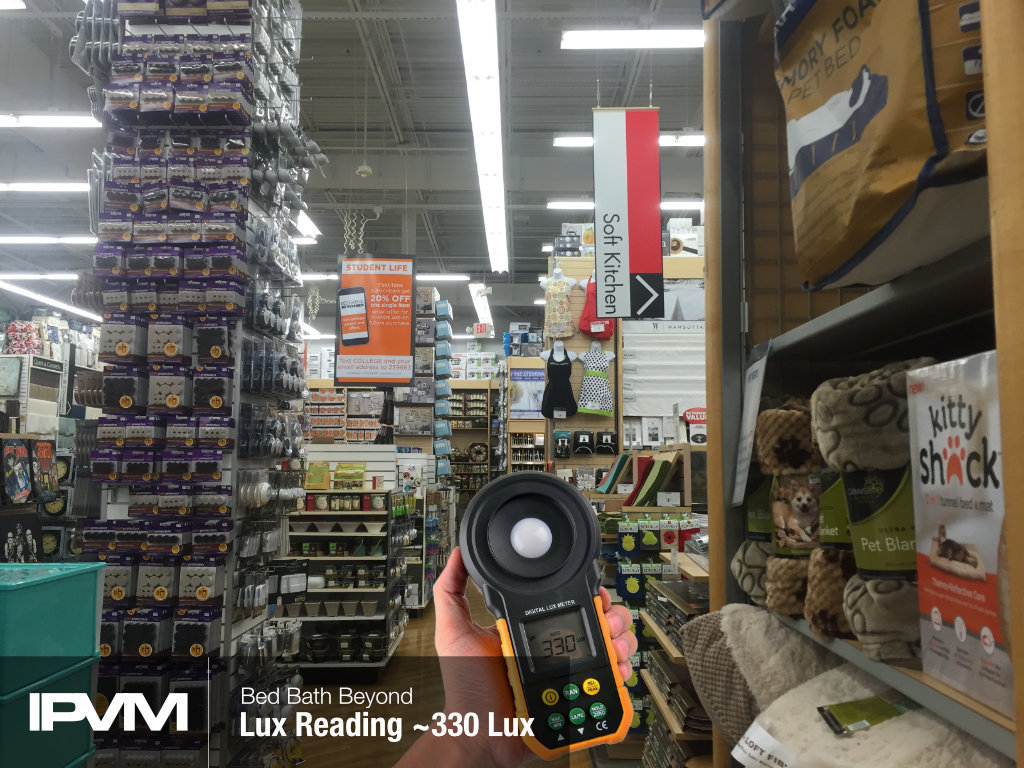 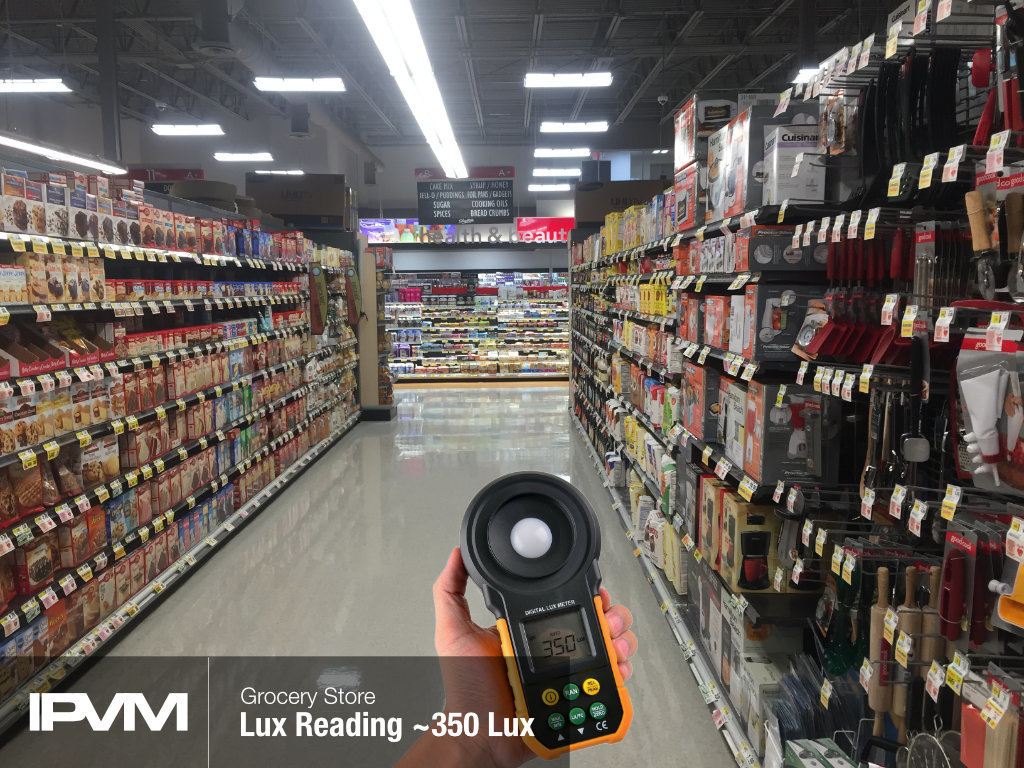 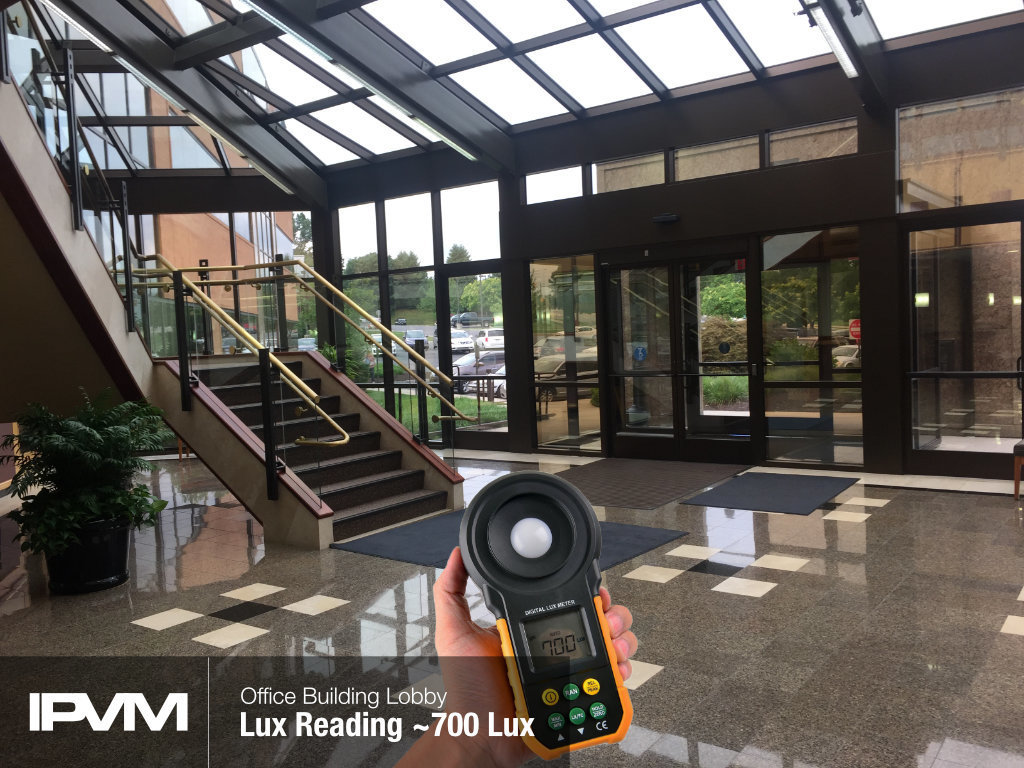 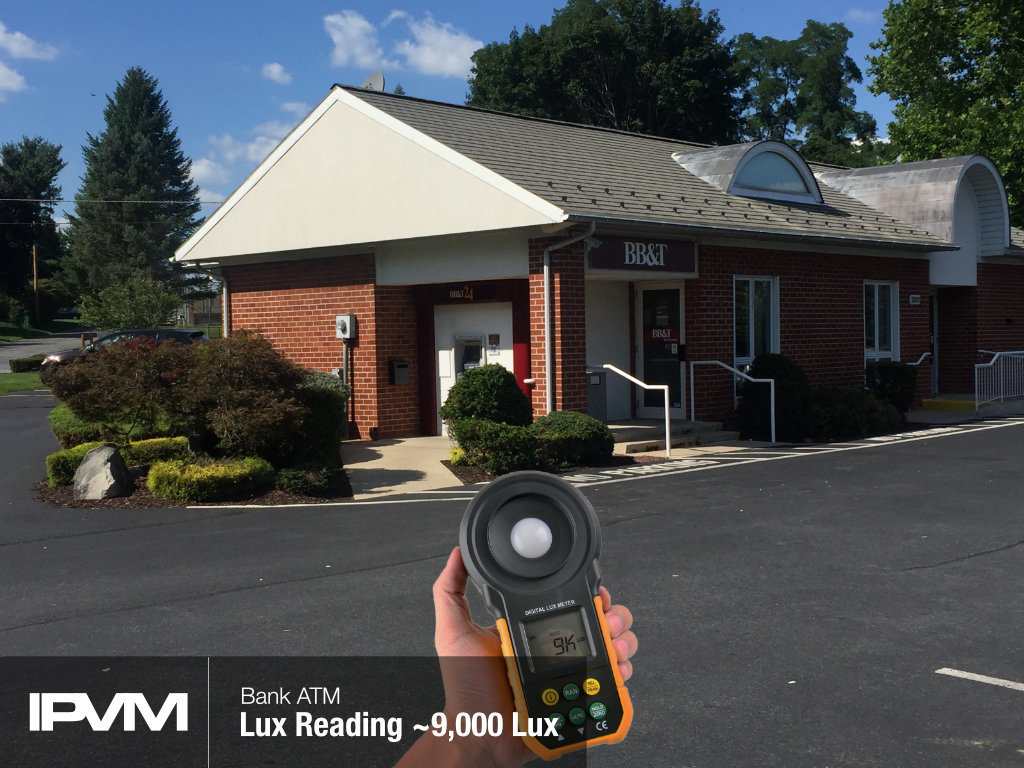 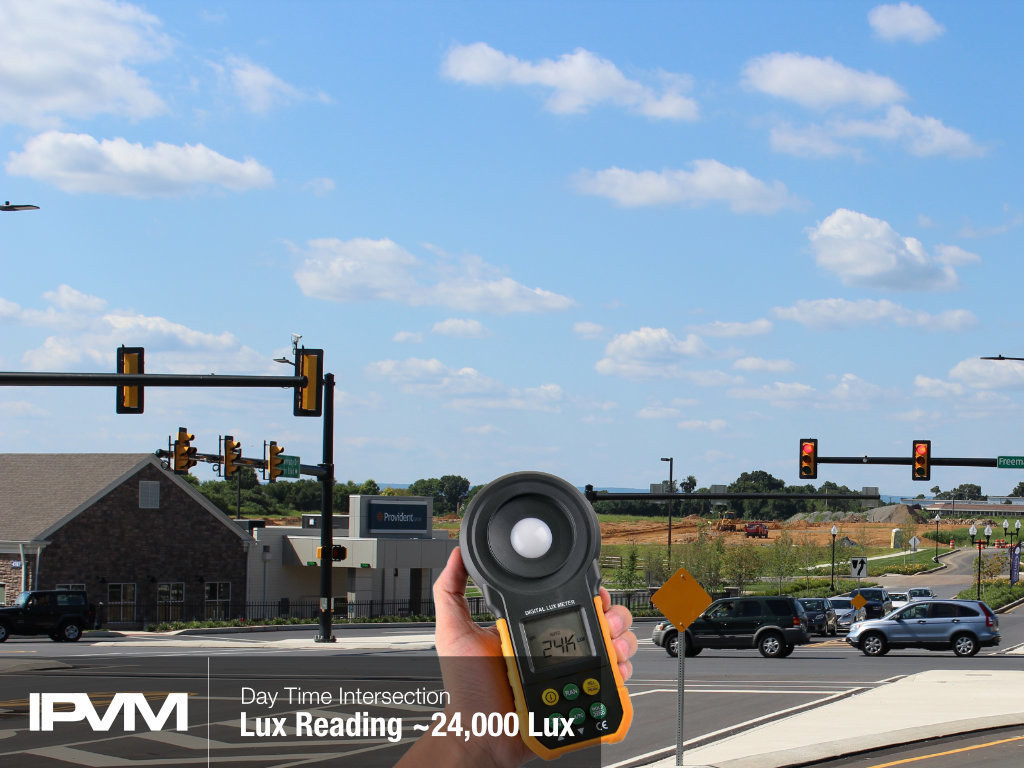 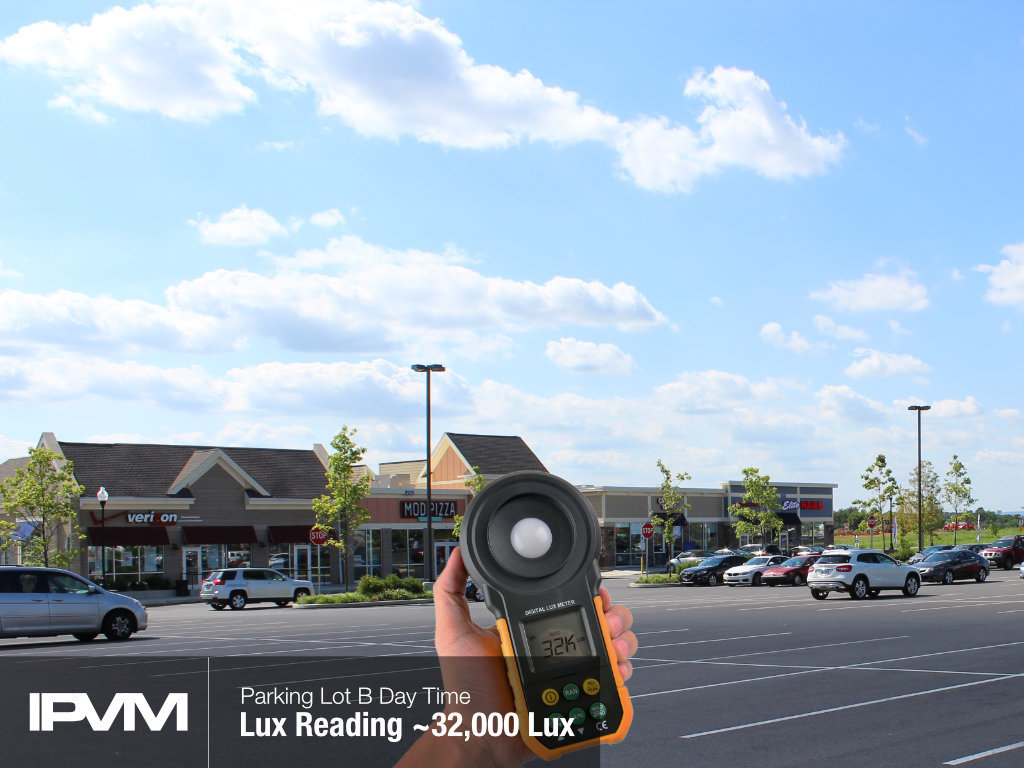 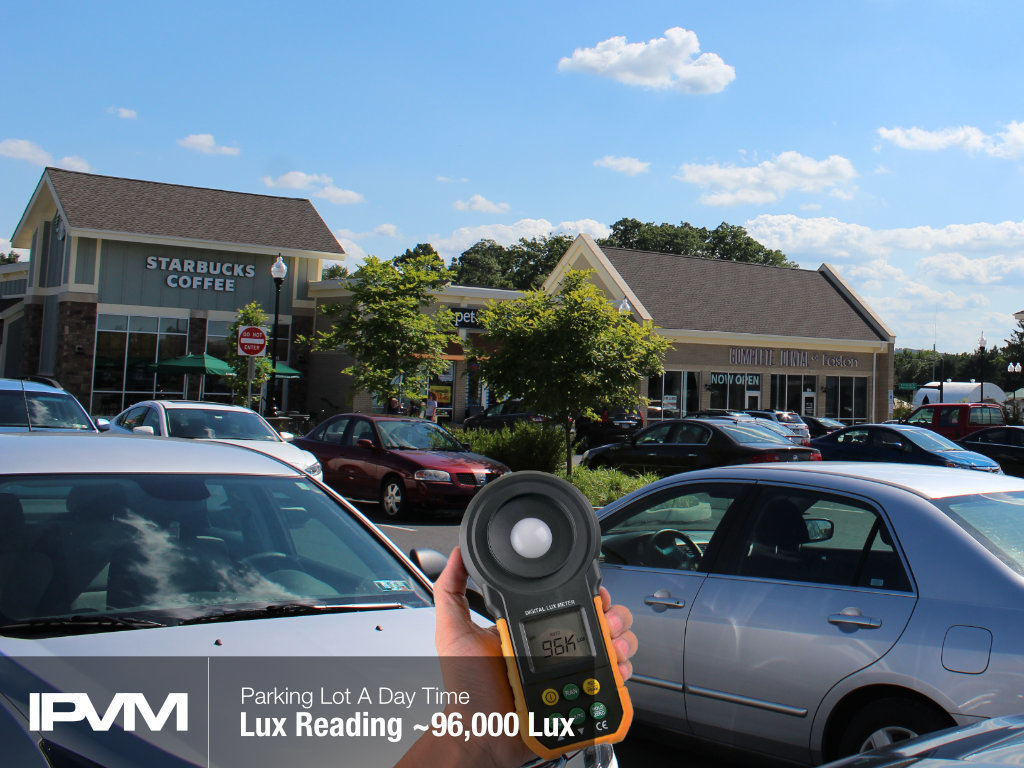 In this report, lux levels were measured with the meter facing the camera, as this provides an accurate measurement of lux level on target. By contrast, most lighting designers and recommendations measure lux levels with the meter aimed up, which captures more direct downward lighting, sunlight, etc., but is not an accurate representation of light on target.

We review how to use a lux meter and the differences in these measurements in this video, from our Training: Using a Lux Meter report:

Because of the differences in measurement methods, designers should not simply refer to light level recommendations, though it is useful to be aware of what professional designers recommend for specific areas.

There are several sources for lighting design information, with the Illuminating Engineering Society (IES) dedicated to lighting standards and education, though for the most part for general use, not specific to security. Most of these standards are not publicly available.

The United States General Services Administration publishes some standards for typical light levels in facilities, which are similar to other published guidelines as well. Typically, the GSA guidelines recommend 500 Lux in work areas (offices, training rooms, kitchens, etc.), and 200lx in common areas such as hallways, lobbies, stairwells, etc. (again, these levels are measured up, toward lights).

For the most part, interior recommended light levels should be sufficient for daytime imaging with most cameras. However, designers should beware when using newer higher resolution models (4MP, 4K, etc.) as their sensitivity is typically reduced compared to 1080p/720p models historically used. Readers should see our 4MP Low Light Weakness Test for more detail