Longse Wants To Be Your OEM 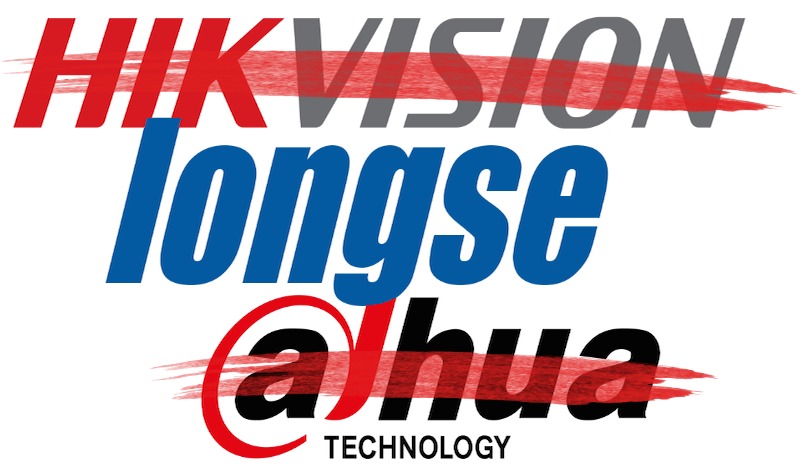 Hikvision, Dahua, another China rival is out for you.

The outlaw Guangzhou manufacturer Longse recognizes the growing conflict for Hikvision and Dahua with their OEMs (see Dahua OEM directory, Hikvision OEM directory) and wants to be the solution, as they explained to IPVM at ISC West.

In this note, we examine the pros and cons of Longse as an OEM to major Western brands.

And how long will it be before Longse follows their Chinese compatriots and starts promoting it's own brand and selling against the western OEM's? Or before we find out that Longse has all those back door and hacking issues as well.

And how long will it be before Longse follows their Chinese compatriots and starts promoting it's own brand and selling against the western OEM's?

However, I am skeptical that there will be many, if any, big brand pushes from the other Chinese video surveillance manufacturers. It's really expensive to build a brand and you have to absorb fairly significant losses at first to even hope of eventually succeeding. For example, Dahua USA with ~100 going to 200 employees is likely to lose $10+ million this year on their branded USA business. There's very few Chinese video surveillance manufacturers able to withstand that loss / investment.

Related, we spoke to a few of the 'bigger' non-Hikua Chinese manufacturers and that was a common theme - how expensive it is to sell / market in the USA, e.g., the $100,000 to $200,000 average sales person compensation is incredibly expensive to them (their words).

We have tested Long see

What models have you tested? When do you test them? What specifically did you find? Can you share any details or evidence from your testing?

We certainly concur that Longse's quality is not at the same level as Dahua and Hikvision overall. However, their quality has improved and in some areas it is becoming comparable. For example, unlike yourself, we shared / linked to our test results.

I welcome criticism but if you are going to do it please share some supporting evidence since we have already shared ours.

Huge Risk to OEM from Longse, the brave ones can take this risk to move forward.

Sales people at this company are like a hungry dog with a bone. Once they get your email address they think they can hound you into submission. Relentless!

They emailed saying they stopped or changed their practice last year but not from what I continue to see.

Update: Longse says they manufactured 8 million cameras in 2016. I don't have independent verification so factor that in but thought it was worth sharing.

This article is part of IPVM's 6,593 reports, 889 tests and is only available to members. To get a one-time preview of our work, enter your work email to access the full article.

Longse Promoting Hikvision Partner Fullhan Chip Based Cameras on Oct 14, 2020
With Huawei HiSilicon production being shut down at TSMC, camera...
NDAA Compliant Video Surveillance Whitelist on Aug 10, 2020
This report aggregates video surveillance products that manufacturers have...
Sunell is The First China Manufacturer to Market NDAA Compliance on Jul 30, 2020
Most China manufacturers are going to be impacted by the NDAA 'Blacklist...
Honeywell Warns of Huawei, Advocates Futureproofing on Aug 31, 2020
For years, Honeywell has profited from OEMing Dahua and using Huawei...
Uniview H1 2020 Financials Examined on Sep 08, 2020
While Dahua and Hikvision, helped by fever camera sales, are recovering from...
Salesforce Drops Dahua and Hikvision on Aug 12, 2020
Salesforce has dropped Dahua and Hikvision as customers, forcing the two mega...
Axis Exports To China Police Criticized By Amnesty International on Sep 21, 2020
Axis Communications and other EU surveillance providers are under fire from...
Dangerous Hikvision Fever Screening Marketing In Africa on Sep 15, 2020
A multi-national African Hikvision distributor is marketing dangerously...
US Passes Uyghur Human Rights Law Condemning Mass Surveillance on Jun 18, 2020
The US government has passed the Uyghur Human Rights Policy Act of 2020,...
Infinova, March Networks and Swann H1 2020 Financials Examined on Sep 02, 2020
While Dahua and Hikvision, helped by fever camera sales, are recovering from...
Low Voltage Nation Wants to "Help You Carve Out A Fulfilling Career" Interviewed on Jul 06, 2020
It is difficult to make your way in this industry as there is little formal...
Colombia's President Promotes Bad Hikvision Fever Camera Setup on Jun 17, 2020
Colombia's President Iván Duque has promoted a haphazard Hikvision fever...
Dahua Profits Surge Due To Fever Camera Sales on Aug 25, 2020
While Dahua's overall revenue is down, driven by challenges within China, the...
Temperature Tablet Shootout - Dahua, Hikvision, ZKTeco, TVT + 5 More on Sep 30, 2020
Temperature tablets, aka terminal or stations, have emerged as a 'low-cost...
False: Verkada: "If You Want To Remote View Your Cameras You Need To Punch Holes In Your Firewall" on Jul 31, 2020
Verkada falsely declared to “3,000+ customers”, “300 school districts”, and...