The most important security show in the world...

According to New Yorkers.

Plus full videos of the entire show floor and the big name booths.

Here is a series of videos that you can scan through:

And here is a walk through of the entire show floor:

ISC East is roughly 80% smaller than ISC West and has 75% less visitors.

However, it is situated in a long tube layout with only a single entrance, helping to funnel exhibitors into the booths.

Salespeople we talked to were happy, with the most common theme being, "If you're not here, then where are you?"

The biggest 'names' without a booth included Hikvision, Dahua, Arecont and ACTi.

However, even those who did exhibit had relatively small booths. For example, Axis had one of the biggest booths at 600sqft, but that was down 88% from their 5,000sqft monsters at ISC West and ASIS.

184 total exhibitors were listed and the avearge size booth was a tabletop 10 x 10.

Hot off its acquisition by Anixter, Tri-Ed had one of the biggest booths and the best positioned one at the entrance. 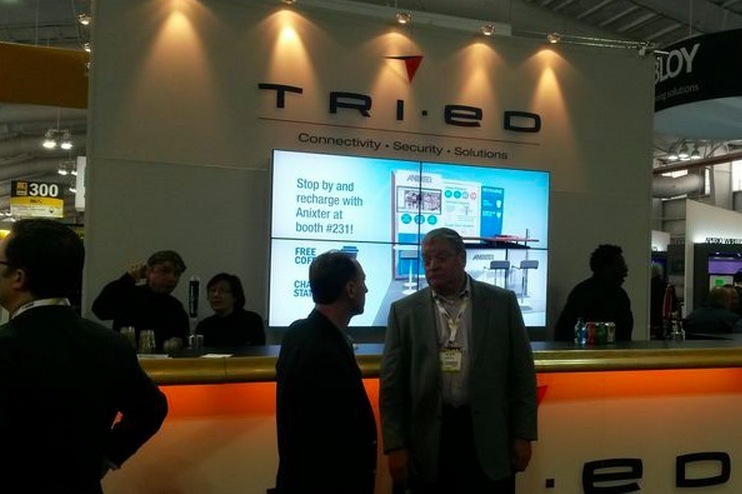 They continue to stick with the basketball theme:

Plus were giving away free drinks: 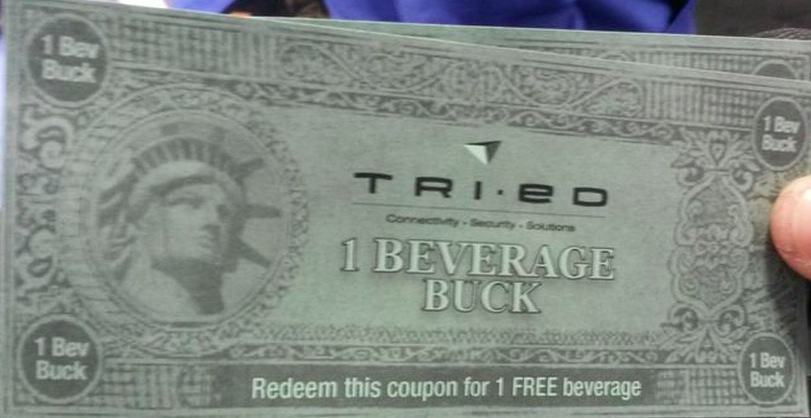 Despite the acquisition, Anixter had little presence at the Tri-Ed booth with a single stand up display: 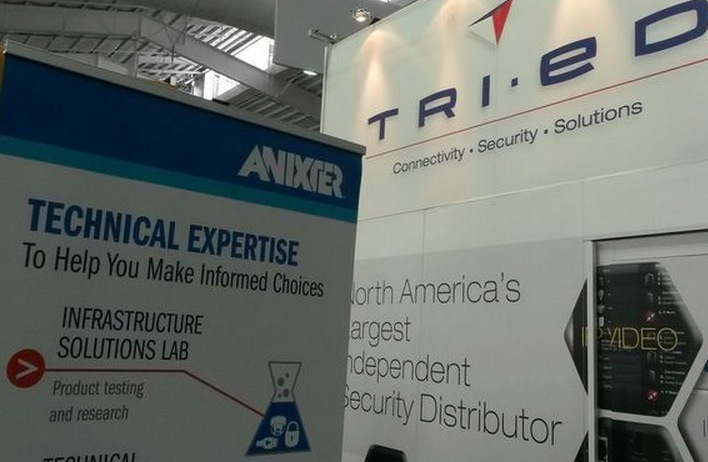 Yes, Anixter Lab will give advice like H.264 Video 'Pretty Much Unusable' With Cat 5E.

ADT loomed large with booth a big booth and advertisements, wooing alarm installers to join them: 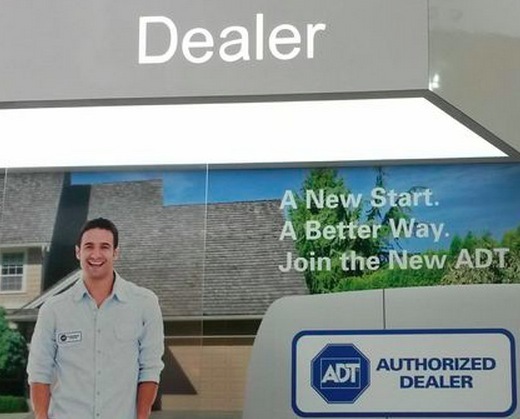 Because you would be giving yourself: 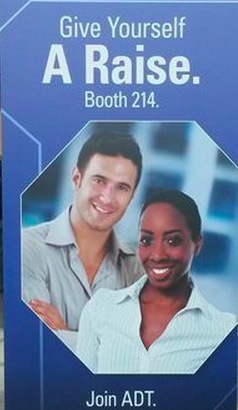 Despite NASCAR's low NY popularity, it was the major promotion at the show, with an opportunity to 'drive' a car:

Beer and cars? Evidently perfect together at ISC East:

Missed this? They say the same demonstration is going to ISC West 2015 in Vegas.

The lowest end of the analog HD options, AHD was being showcased:

Axis announced a new product last week - an HD corner mount camera - that looks to be an advance in that niche category.

At the show, Axis gave out:

An Avigilon sales representative spoke with IPVM says their new 16mp h.264 is better then their 29MP JPEG2000 camera, specifically citing faster frame rate (10 FPS over 3fps), same low light quality as their newer non ir bullet cameras, and upgraded analytics. That is either a deviation off script or an acknowledgement of reality that there is more to camera quality than maximizing pixel count.