LinkedIn has become one of the most powerful marketing sources for both integrators and manufacturers, surpassing trade magazines, banner ads, Twitter and other online advertising options.

In this note, we share data from our own campaigns as well as analysis of notable video surveillance vendors to show how you can and should make use out of LinkedIn for marketing.

Company Updates are free, letting you create a short post with an image and a link to your website. You can then take any company updates and run them as ads.

Below is an example of a successful IPVM company update that we have sponsored. 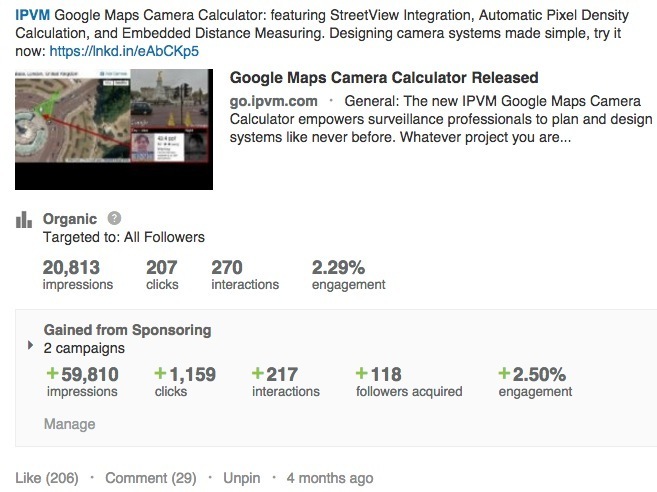 Most impressively, we have received at least 4 phone calls based on that update, converting into memberships. Surely, if that many people called, many more joined directly online.

Even without spending any money with LinkedIn, company updates are literally free marketing. As the chart below shows, IPVM gained over 600 click throughs in a week from LinkedIn users:

Indeed, these numbers are even more impressive, considering we had only started a LinkedIn company page [link no longer available] the prior year and had less than 1200 followers then. We historically focused on Twitter, where we still have a strong presence and still get decent engagement but (1) there are now more qualified surveillance professionals on LinkedIn and (2) Twitter ads have become really bad, with much higher costs yet poor targeting abilities.

By contrast, most surveillance manufacturers, who started pages years ago, have thousands and even a few with 10,000+ company followers.

IPVM continues to have great success with LinkedIn:

Even sad petitions to get votes on pointless awards can generate many likes as the update below shows:

Between Arecont's own followers and the connections of the people who liked it, this post, that took 2 minutes to do, easily got thousands of impressions.

Moreover, LinkedIn likes are far more common than Twitter likes, plus Twitter likes do not get shared with others while LinkedIn's does.

More than any other social network, LinkedIn's impressions are much higher quality, for 3 reasons:

Here is an example of how we targeted to very specific groups / regions / skills from our ad post last year:

There are so many options. Here are some other ideas:

Posting company updates is a no-brainer, given that it is free, takes 2 minutes to post a nice update (with picture) and that it can easily reach thousands of people.

Even the 'sponsored' updates are attractive given the low cost involved and the ability to easily create, run and stop campaigns.

Sure, you could spend $5,000 for a trade mag ad or $10,000 to sponsor breath mints at a trade show, but the cost per impression and the ability to target are nowhere near close to what LinkedIn delivers. Try it. Let us know how it works for you.

Really interesting post , where in linkedin do you get all the stats , clicks info etc on your account etc ?

Craig, go to your company's LinkedIn page and if you are an admin, you will see more options for analytics and notifications. Under analytics, you get this info, see below for example: 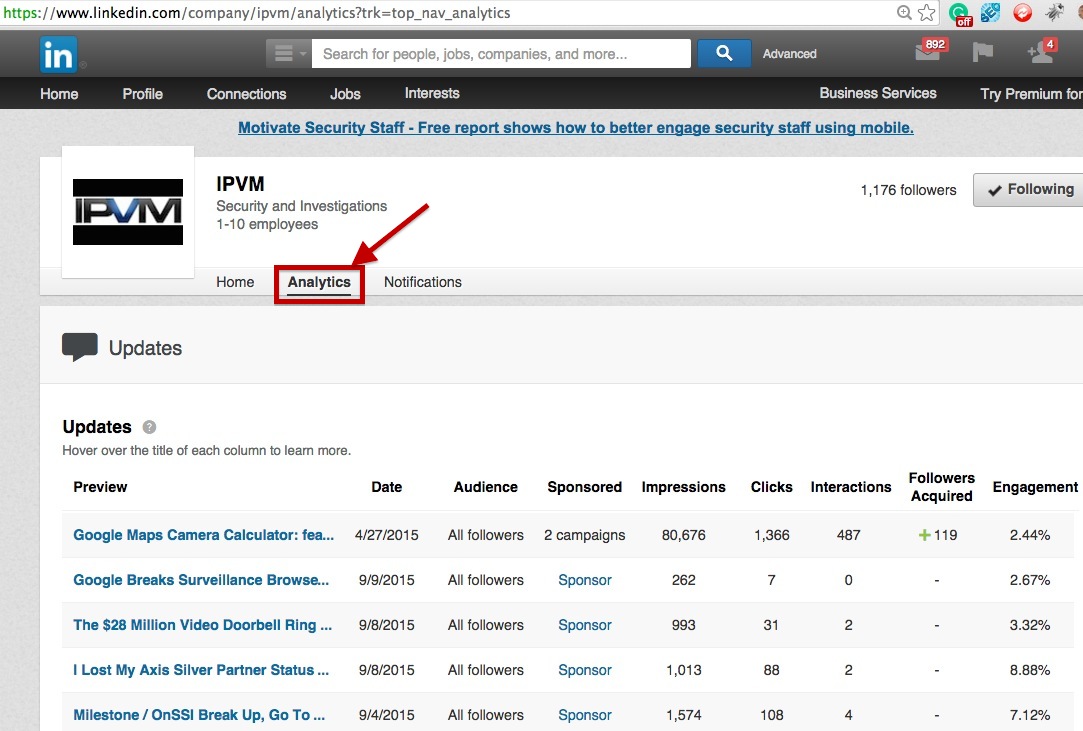 I love this post for so many reasons! First and foremost, being that I am primarily in Sales, it gives me ideas that I would likely never have pursued. But what I am really impressed with is how IPVM shows themselves to be really connected to its membership. Great job!

See, when I read the headline, "LinkedIn's Emergence as a Video Surveillance Marketing Power", my first thought was, "yeah, it's become a wonderful spam tool for offshore manufacturers."

Todd is an on-shore manufacturer....

But yes, LinkedIn groups are ruined (at least for physical security). I once thought they would do great but LinkedIn never committed the resources nor abilities to stop spam / allow legitimate profit from those groups so they have become wastelands where the average 'contributor' knows nothing or is pushing junk.

For what I am talking about here though, I mean the 'News Feed' where you get updates from your connections and companies you follow. If you are getting spam from offshore manufacturers, that is on you :)

Related: Longse has a LinkedIn page with ~400 followers but have not sent any company updates out. Let's not give them any ideas.

Speaking of off-shore spam, has anyone seen this ad? 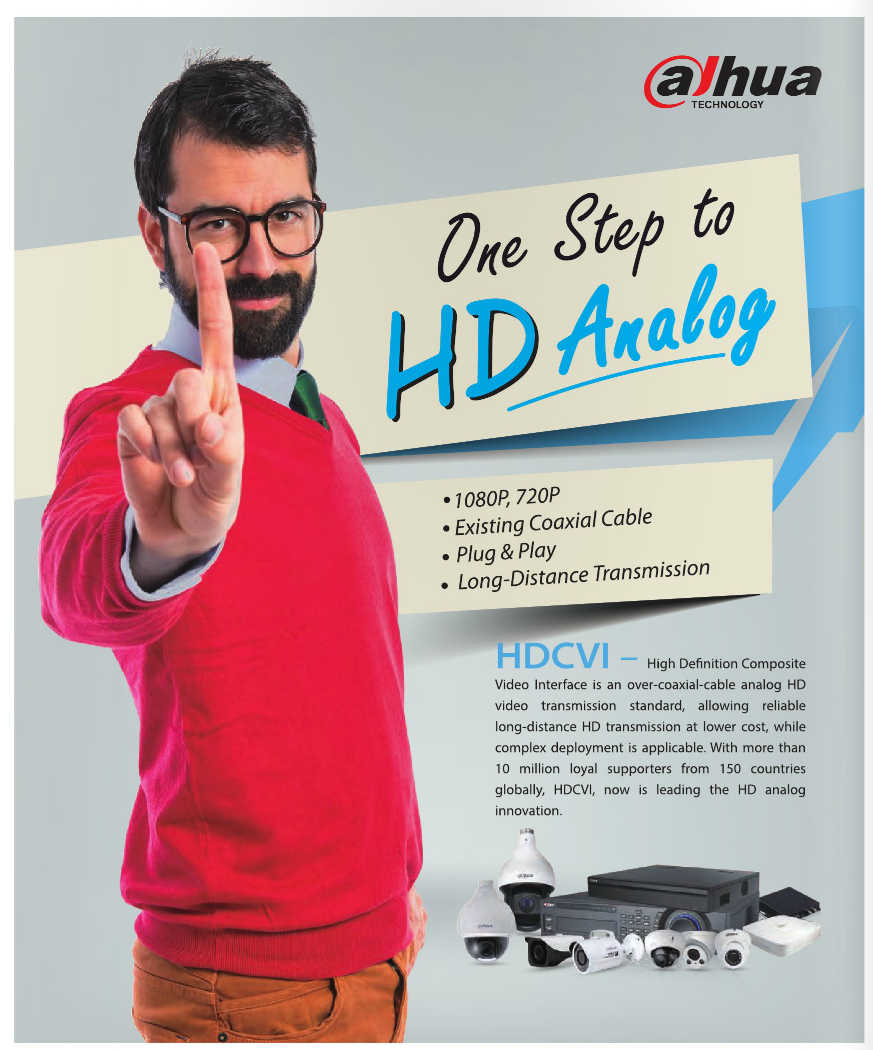 Longse has a LinkedIn page with ~400 followers but have not sent any company updates out. Let's not give them any ideas.

I recently interviewed several companies about their use of social media, and LinkedIn came in first across the board as their platform of choice. 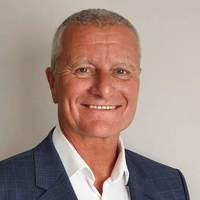 Also during this post I fell (LOL) for your evil strategy and hit the follow button on Linkedin... Congratulations... It worked

Thanks, Geoff, my scheme is coming to fruition! 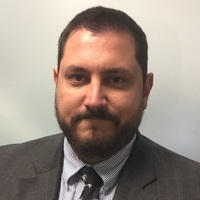 It's more than just LI that is worth "following" and working. Facebook with it's 1 BILLION users are a prime target of consumer and buisiness advertising. See the Wired article from this month. http://www.wired.com/2015/09/facebooks-way-past-friendsit-wants-whole-world/?mbid=social_fb

Jeff, The challenge is how to make use out of Facebook.

Hey, if any video surveillance marketing people have success with Facebook, I'd be glad to hear / learn. 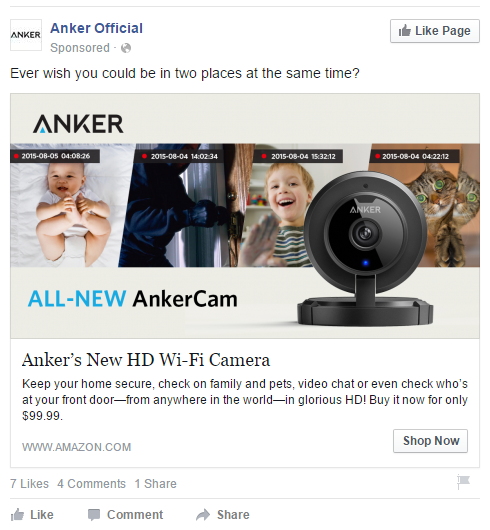 I don't think I have seen commercial gear ever promoted on Facebook though.

Update: We re-started running the Calculator ad and it continues to do great. Here are our latest stats: 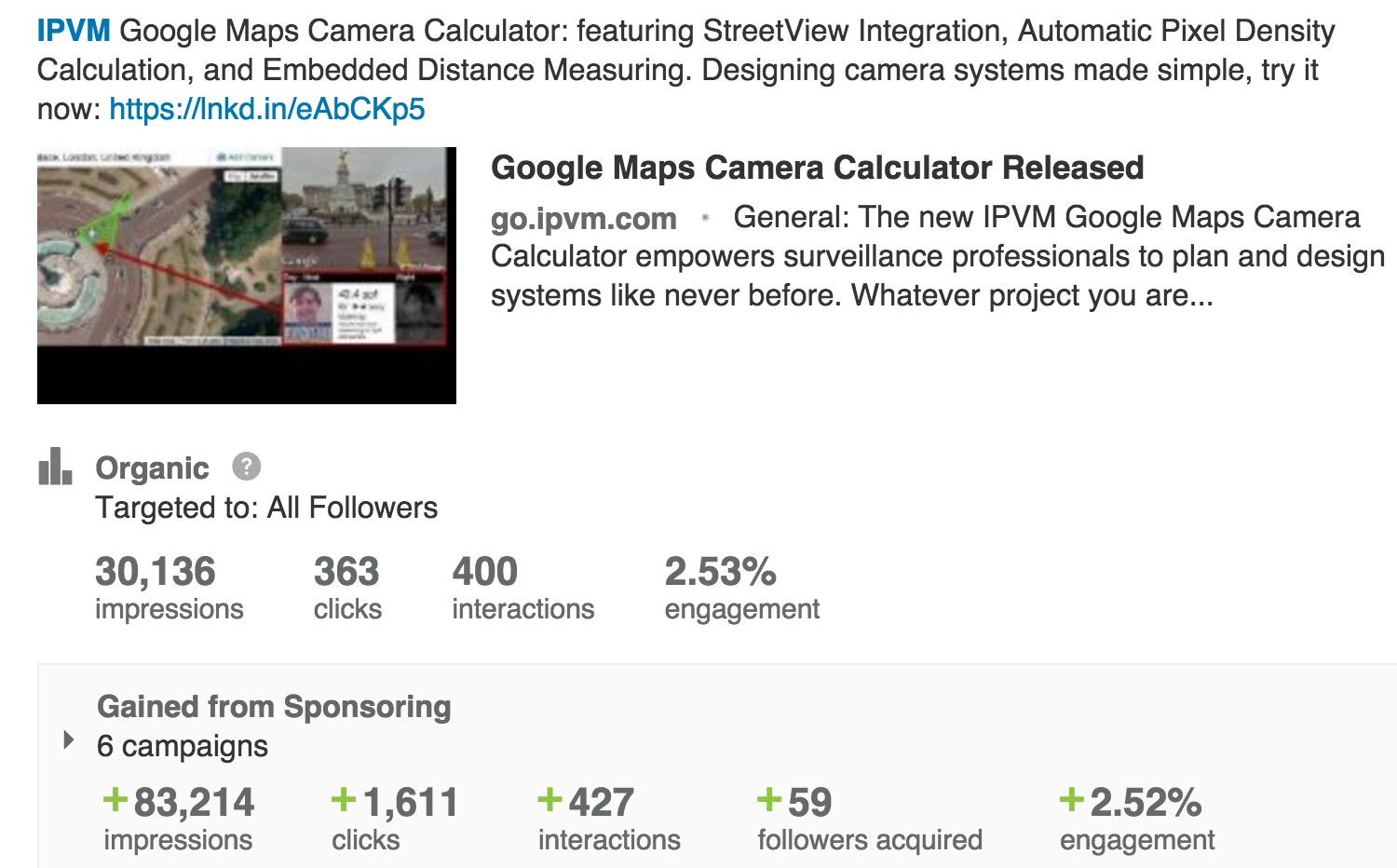 In addition, it must have been shared by other members at least 50 times, I count 15 just this week.

Of course, it depends what you are advertising; The calculator is our most interesting tool. But LinkedIn has done a great job of building awareness and getting new people to use / pay for IPVM.

Just checking our social media traffic statistics and LinkedIn is delivering 2x the amount of traffic than Twitter. This is despite us using Twitter far longer and building a larger follower base on Twitter.

I suspect two factors help LinkedIn: (1) Likes are way higher on LinkedIn than Twitter for our industry and (2) each LinkedIn like shows the post to the liker's following unlike Twitter which requires a retweet.

One other tip. We've started to link to videos in LinkedIn updates and these do very well.

All you do is paste in a YouTube link and LinkedIn automatically embeds the video. The embedded video that can immediately be watched by anyone scanning the LinkedIn news feed. These get a lot of likes and views so great way to get information / awareness with minimal effort.

IPVM continues to have great success with LinkedIn:

Not sure how permanent this is and I am going to speak with our LinkedIn account manager but these have been significantly negative.

That noted, posting regular free updates on LinkedIn still getting good responses and that is, of course, free. 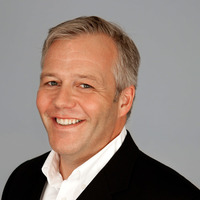 Great article.  Any updates as we head in 2019?  Did the acquisition of LinkedIn by Microsoft have any impact?

Thanks for the question. I think average impressions per LinkedIn post / update are either flat to down.

Also, the new LinkedIn (ad) campaign manager, which LinkedIn will force all to use starting next month (February 2019) is much more difficult to use.

Overall, still useful, but not as much as before. Also, still rarely see surveillance manufacturers making use of LinkedIn advertising, which I still think is a mistake.

I had a call with a LinkedIn salesperson today who provided me tech support on the broken UI of their new campaign manager. It's pretty absurd. For example, the link to the page where you can pause / remove an ad is hidden and a separate page from where one can add an ad. Microsoft is really working their magic on these guys....

Overall, LinkedIn's audience is still the best for professional security people but LinkedIn sure makes it painful to use their ads. 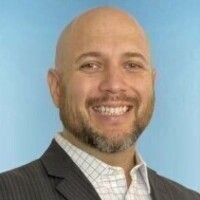 The traffic is impressive John. Congrats on all the successes!

I tried a little bit of LinkedIn advertising last year and found the cost/benefit analysis to be very poor. The Return on Ad Spend was terrible. Very expensive with very few results. I assume at the time of the writing of the original post it was not a flooded market and the cost was generally low.

Im curious if you are seeing decent results from Linkedin still?

Update: LinkedIn has an interesting new feature where a company can notify its employees once per week about a new post. The benefit here is to get one's employees to share the post: 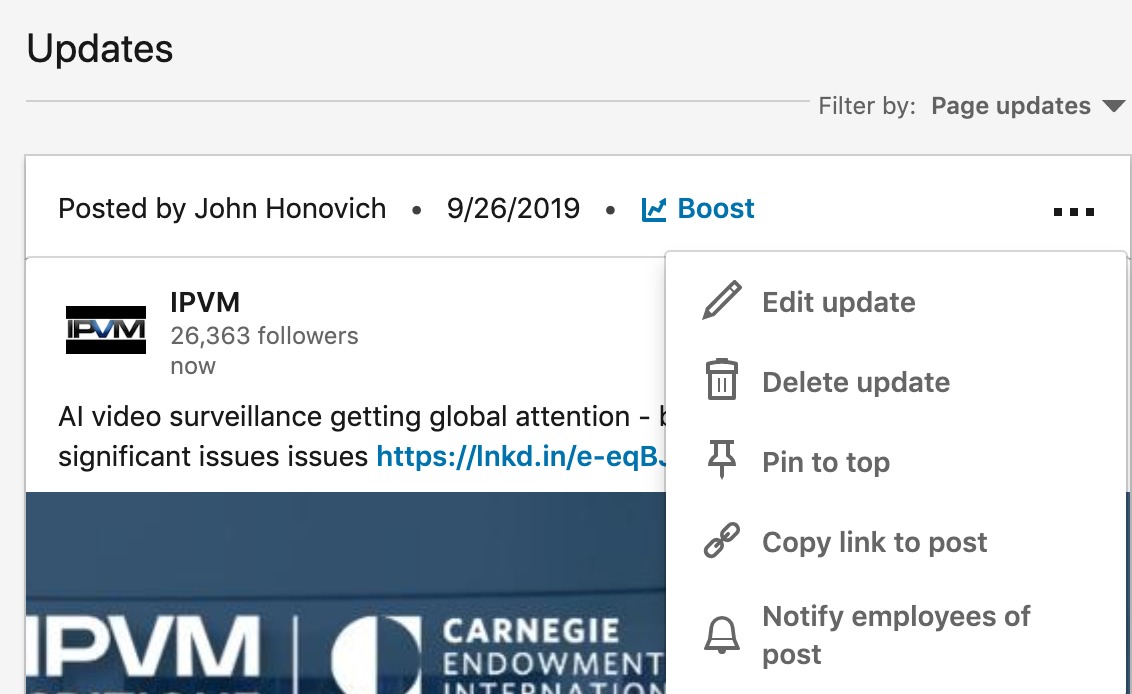 While LinkedIn advertising has gotten more expensive, the organic power of employees liking and sharing content has become even more powerful.

Related: Did IPVM Accidentally Say Something Nice About A Manufacturer (Assa Abloy)?