A few years ago, Lenel OEM'ed OnSSI (who OEM's Milestone, etc). Now, Lenel is changing the way it does VMS by introducing a new product named PRISM. Unlike previous offerings, PRISM has been developed internally by Lenel. At the recent ASIS show, Lenel promoted the new platform prominently in advance of its upcoming release. However, despite the publicity, does PRISM improve over Lenel's previous offerings? In this note, we examine PRISM and contrast it to other.

The demo system in Lenel's booth at ASIS showed an updated GUI and device management system. Following layouts similar to Avigilon ACC or Exacq interface, all associated network cameras are displayed in a server tree structure along the left side of the screen. Specific video events are searchable by time/date stamp or via a 'timeline' graph along the bottom of the screen. Alarm events are shown as color-coded boxes along the right margin, and are user-classified according to alarm type, location, or urgency. The image below shows a general breakdown of the main system screen: 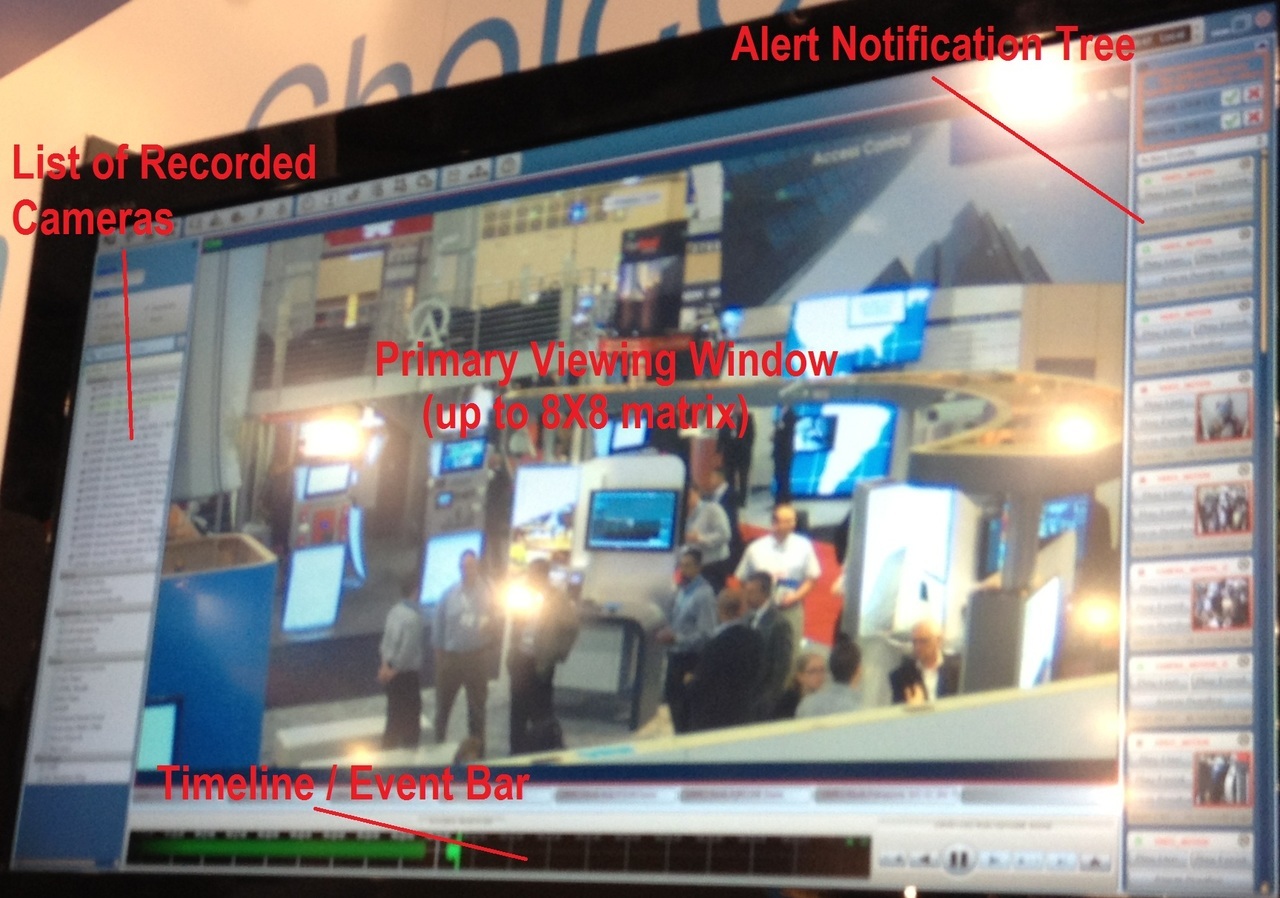 Prism allows for tighter integration with EAC product than SkyPoint: One of the overarching criteria for releasing PRISM was so the VMS would share common development architecture and modules with the OnGuard platform. 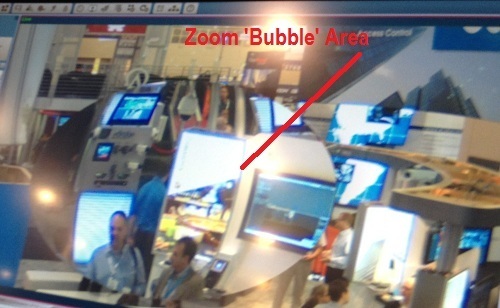 While PRSIM has been rumored and discussed for some time and shown at ASIS, the scheduled ship date has slipped to November 2012. Given its the release of an all new VMS, a complex task, it might slip again and it might need more upgrades to optimize the software.

The best feature of PRISM is Lenel's impressive (and fairly locked-in) access control customer base. That noted, success is not guaranteed even if you have existing customers (e.g., Lenel with SkyPoint, Cisco with video surveillance in general).

The biggest risk is developing all the dozens (hundreds?) of features that high end VMSes have accumulated throughout the years. Even large end customers may only want one or two of them but those few can be the difference between choosing or rejecting a VMS. While we will wait to see the final specification once released and will need to see it in action, the big question will be how many critical elements are missing that will impact selecting PRISM.

Directory Of 120 Video Management Software (VMS) Suppliers on Aug 30, 2018
This directory provides a list of Video Management Software providers to help...
Lenel Partners Angry, Lenel Does Not Care on Sep 01, 2016
Even more than Arecont, one manufacturer stands out for consistent complaints...
Lenel Access Control Company Profile on Feb 23, 2016
In our 10th access company profile, we examine Lenel OnGuard access control...
Lenel OnGuard Tested on Sep 17, 2014
Lenel is one of the biggest names in Access Control with many thousands of...
Comments : Subscribers only. Login. or Join.