Lenel is one of the biggest names in Access Control with many thousands of systems installed around the globe.

In this report, we examine Lenel's OnGuard access management platform, look how it is typically used, organized, and configured with over 25 minutes of screencasts explaining core features.

This quick video overviews what is inside:

Inside we cover these major points in detail:

Along with details like pricing and dealer channel structure, available to IPVM PRO Members only.

Access Control functionality between versions is consistent, with the big differences between versions coming in the maximum number of connected readers , concurrent client licenses, and 'backend' support for databases, redundant servers, and multi-server management tools.

Other 'Add-on' features are available based on which OnGuard version is installed, including:

While OnGuard contains multiple applications, there are two main utilities that are used most of the time:

In the following sections, we review these functions and which application they are located:

In this video, we look at the basic appearance and function of the main user interface:

The 'master list' of all system activity is displayed here, and 'right click' commands allow users to drill deeper into each event, performing additional filtering on events, queueing up companion video (if surveillance is linked), and adding acknowledgment or dispatch notes for each event:

Similar to mapping in VMSes, users can lay out the entire access system in a floorplan. Instead of struggling to matching reader names with specific openings, users can drop reader icons in place where they are actually located in a facility. From there, manual operations like 'opening doors' or looking at logs can be executed with right-clicks:

In addition to access control equipment, other integrated systems or devices can also be controlled from the map. For example, live view from surveillance cameras can be triggered, or devices like horns, strobes, or global 'Lockdown' commands can be created and issued for a map.

This feature displays the badge ID picture and credential holder name when a badge is scanned by the system: 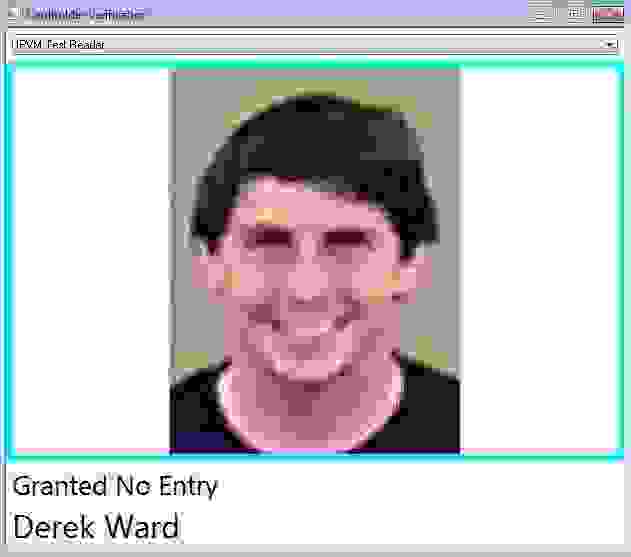 This thumbnail image allows a manned operator to visually see who is entering a facility, and especially for smaller systems or guard stations near main entrances, allows a quick visual check that the card presenter matches who the card was actually issued to.

Doors and openings can be manually opened from several prompts in the interface, including toolbar menus, icon buttons, or map locations. Those methods are shown in the clip below:

Surveillance feeds can be linked with specific readers, so that when a badge is scanned the cardholder information is displayed next to live video. This clip shows how Lenel handles this feature:

No cameras are directly connected to OnGuard, but must first be associated with a recorder or NVR added to the system like a controller or reader. Lenel supports ~20 VMS integrations, including platforms like:

Lenel's video support includes its own recorder and VMS platform (PRISM), with camera compatibility depending on recorder support.

The other major application for system management is 'System Administration' for making settings adjustments, adding to or maintaining system databases, and performing deep integrations with other platforms. The video clip below shows the basic layout of this module and describes how attached devices are connected:

This video shows how the three basic variables of access are situated, with cardholders created or modified in a tabbed menu, and the 'when and where' of where they are allowed access setup and associated with specific cardholders or doors:

While adding system devices is an uncommon task for end-users, reconfiguration and additions are handled through System Administration. After system hardware is connected to an online panel or the network, it is added to the 'System Tree' and configured through a series of tabbed menus:

Devices are organized in menus by Lenel part numbers, not physical location. The step of naming them and grouping them together happens in Mapping or System Group screens, not hardware configuration.

Variables like acceptable card formats, multi-factor authentication, and anti-passback methods are configured into the reader as a hardware setting, and must be done for every device.

Users managing large systems can be overwhelmed with routine, non-urgent messages in Alarm Monitoring. To help prioritize important events, users can change the default 'priority' of alarms so the most important alerts are displayed first and with eye-catching colors.

This method is not the only way users can filter these events, as messages can be outright disabled or hidden from operator views. However, Alarm Priority management gives operators the full benefit of all system information but promotes events like 'Invalid Badge' or 'Access Denied' to the top of the list.

In many cases immediate changes are desired. In order to force updates to happen, the 'download' feature forces a sync event between management software and controllers or readers downstream. This video details that process:

In terms of displaying information collected by the system, OnGuard features over 150 stock reports that export activity ranging from who use a reader and when, to which specific cameras a system user has access to. In general, the vast number of stock reports will cover the queries of most users. The video below details this module:

System reports are generated as Crystal Reports, and can be exported to various print formats or text outputs from the viewer.

Reporting is accessible from either Alarm Monitoring or System Administration, and most users will not need to login to a separate interface before running a report.

In addition, the reporting utility permits creating reports on a schedule that can be automatically emailed.

OnGuard uses an external database to store system information. While OnGuard utilities keep this resource in the background, it must still be installed and available to the system during operation.

The range of database types supported range from Oracle, SQL Express, and full enterprise SQL versions. Smaller systems will likely opt for the free versions of SQL (ie: SQL Express), while enterprise versions can be configured to work with existing instances of SQL databases.

The mix of hardware compatible with OnGuard to Lenel-branded devices that typically are manufactured for Lenel by Mercury Security. Even 3rd-party hardware options, like those from HID, typically are sold in products especially branded for Lenel (ie: Onity's ILS platform [link no longer available]) 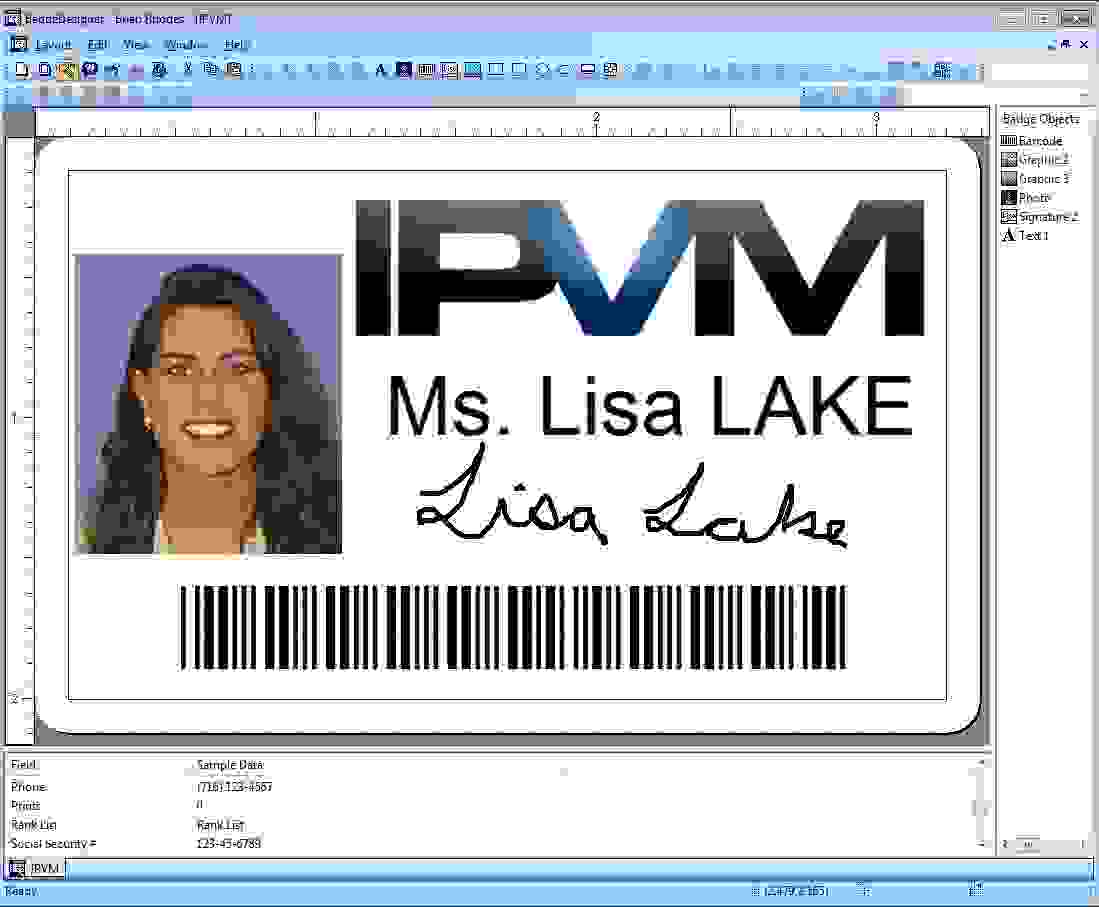 Another companion module is a standalone surveillance viewer that features live view and basic playback controls. Video from any connected recorder and camera can be seen from the client, which can be installed independently of the other access management pieces: 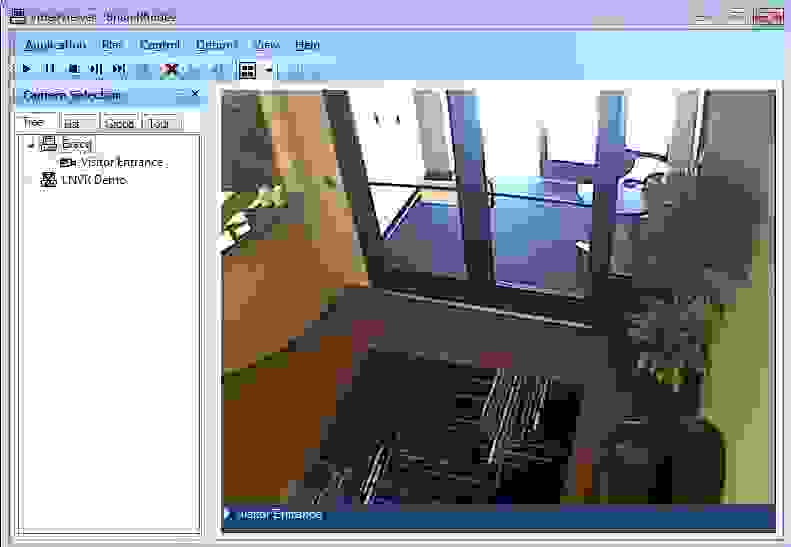 While the viewer is no cost, access to video feeds is limited to that maximum number of concurrent clients licensed through OnGuard.

Some users may have responsibilities that only need access to the cardholder database (like HR or Receptionists) but are responsible for maintaining visitor management discipline. For those users, the 'Visitor Management' client can be installed without requiring a full cost client. This allows non-access management users to set up and fully configure permanent or temporary cardholders. 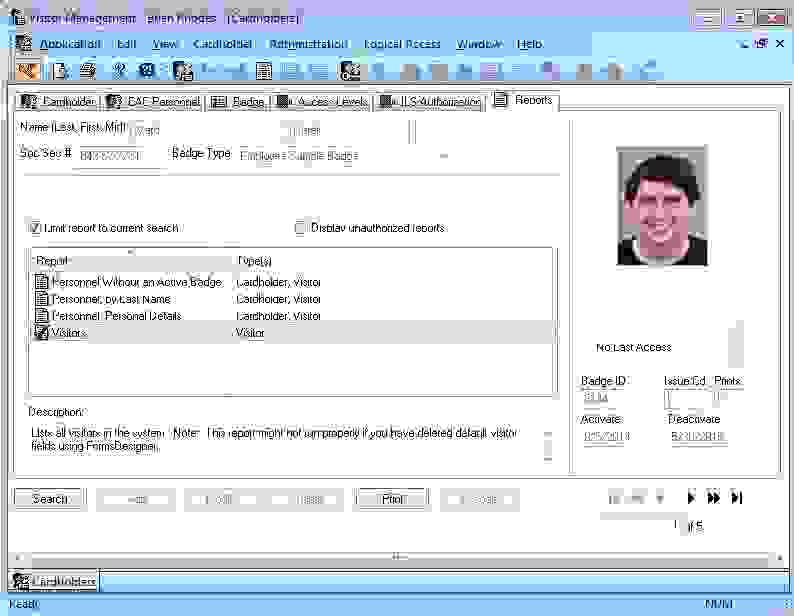 Lenel requires both software licensing and controlling hardware for every system. Base OnGuard costs vary between versions, with different numbers of door licensed according to version. MSRP pricing for these critical parts is listed below:

Per door controller cost is between $300 - $550 depending on the number of control points, but drops with bigger volumes.

Lenel is restricted to authorized resellers only with no sales through distribution or online. Typically, there are a limited number of dealers per territory [link no longer available] but Lenel gives no limitation to which areas they can sell or service. However, multiple dealers are allowed in larger markets, and end-users typically have more than a single VAR they can choose for support.