This note focuses on products only, no marketing or gimmicks and is a recap of information gathered from booth visits to:

This information will eventually find its way into upcoming reviews and tests.

For our marketing commentary, see the Live from ISC West 2014 post, and for videos, see our 20 Manufacturer ISC West 2014 Booth Videos.

Arecont has announced a version of their Megaball 2 dome equipped with an ImmerVision M12 lens [link no longer available]. Though Arecont is known for their multi-imager panoramic cameras, this model is intended for smaller areas which do not require the higher resolution of the SurroundVideo line, at a lower cost. Pricing is expected to be in the ballpark of the existing Megaball 2, which sells for about $650 online.

Surprisingly, they have also announced a new generation of their dual imager day/night cameras, this time featuring "advanced monochrome" performance at night, and WDR on the daytime sensor. 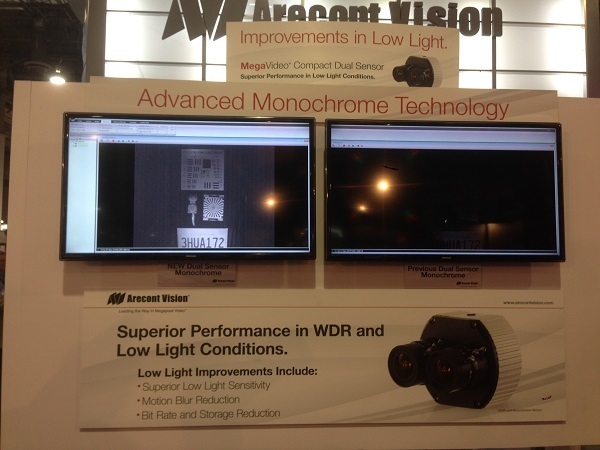 Bosch displayed the production model of their 4K UHD camera, the Dinion Ultra 8000, first announced last year at ISC in a prototype form. The camera is expected to ship early in Q2 2014, with two fixed lens options, 70 and 120 degrees and an MSRP of ~$2,500. Bosch was prominently displaying the bitrate of this camera on the floor, somewhat ironically aimed at Axis's 4K display, which averaged about 8 Mb/s in their demo (though of course we do not know what settings were used to reach this bitrate). 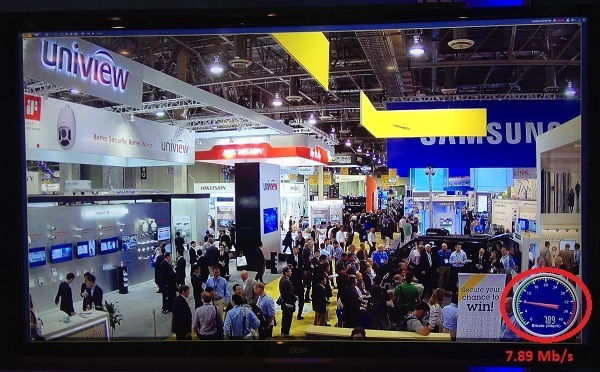 Also on display was their low light 5MP camera, the Dinion Starlight 8000 5MP camera. This camera is claiming low light performance beyond existing competitive 5MP options, addressing one of the key objections to multi-megapixel cameras. MSRP is ~$1,800, not including lens.

In the Genetec booth, the most interesting new integration was with Vidcie, a wearable camera manufacturer. Vidcie was demonstrating this integration with multiple models in their booth, including headworn and bodyworn models, and tells us a covert buttonhole model is also under development.

Finally, Genetec announced pricing reductions in their Stratocast VSaaS service. These reductions range from ~3% in the edge storage plan to 20-25% in their higher capacity cloud storage plans.

Also on display was the DS-2CD6412FWD-10 covert camera, claiming WDR capability. This could address a key performance issue in ATM installations, which often have intense backlighting. These cameras are shown here, alongside a standard bullet camera for size reference. 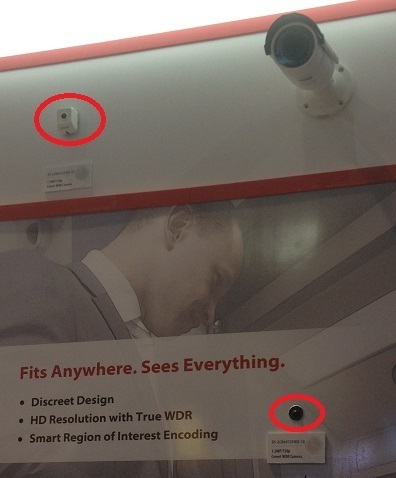 OnSSI also marketed PC/servers from partners Seneca Data and Razberi, pre-installed with Ocularis PS, in IP only and hybrid models. OnSSI has marketed them as appliances but the hardware is from a third party.

And of course, everyone's favorite, the LiVest was in full effect:

This year was ONVIF's first as exhibitors at ISC. Their booth demonstrated 20+ members (cameras, VMS, and access) operating together, with periodic integrator-focused presentations explaining the benefits of ONVIF. 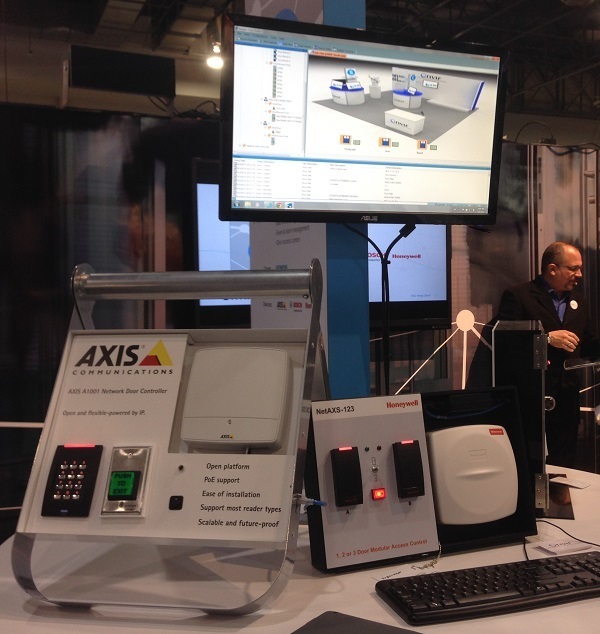 Additionally, Panasonic is announced their first entry into thermal imaging, with 640x320 and 320x240 models, each with multiple lens options.

Scheider Electric (no Pelco branding in sight) has announced Multisight, a VSaaS platform. The system consists of compact (3.5" x 2") HD 720p cube style cameras and an on-site gateway which connects up to 12 cameras to their cloud services. An 8-camera system starts at $167 per month, including installation, maintenance, and upgrades.