ISC News, the Reed publication behind the ISC East and West trade shows, has run a faked fever camera illustration and falsely quoted the FDA. 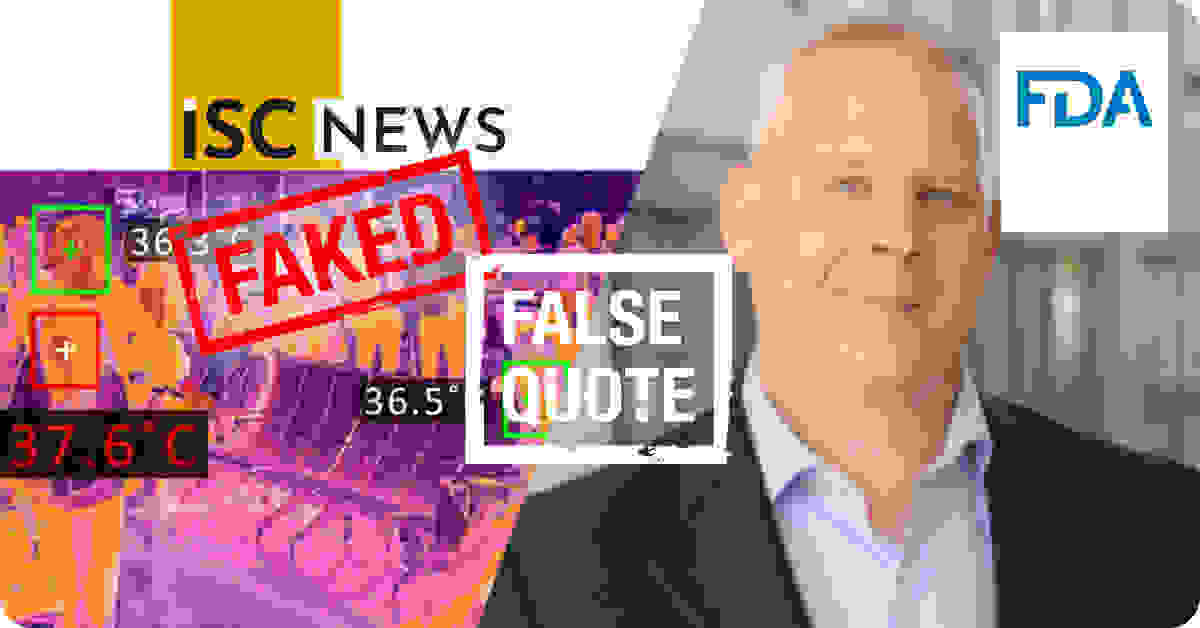 This ISC News illustration rivals Dahua's faked marketing and Convergint's faked 'expert' marketing, though Reed defended it by saying it was "strictly an educational report".

Moreover, ISC News falsely quoted an FDA director turning it into a positive spin on selling this technology, correcting it after IPVM reported the issue.

This is clearly one of the worst examples of faked thermal images we have yet seen.

The piece does not promote (or even mention) specific products or the capabilities of any products.

It's strictly an educational report on one technology businesses are considering to keep their employees safe as they return to work.

While we agree that the piece does not promote specific products, if this is to be an 'educational report' then they are responsible for providing an accurate depiction of thermal scanning. Conversely, this image fosters false expectations about how these devices work or how they should be used.

Moreover, because ISC News is part of the largest North American trade show and therefore targets thousands of companies that buy these products, their misrepresentation can confuse and mislead many of the 'security leaders' they target.

ISC News declined to remove or adjust the illustration.

'Frame From a Scanner'

The image we used does not purport to be a frame from a scanner. It is a stock image from Adobe that broadly connotes the subject matter of the article, is visually appealing and fits the requirements of our design.

However, the source for this image on Adobe Stock literally describes this as a 'thermal screen scanner':

While we agree with ISC News that this is visually appealing, the image clearly illustrates a thermal scanning frame and thus misrepresents how the products work. Moreover, the visual appeal of this image contributes to confusing people about how these work.

While the FDA said thermal should probably not be a primary tool, ISC News reported the opposite, further misleading readers.

“It’s probably clear it should be one of the primary tools,” said Zane Arp, director of the U.S. Food and Drug Administration’s division of biomedical physics. “Should it be used as the primary device for screening for Covid? Can it be used with other things to figure out who has this disease?” [emphasis added]

However, in the webinar this is quoted from, at the 2:30 mark, the FDA Director actually says:

And on the effectiveness front the primary tool, it is fairly clear that this probably should not be a primary tool in the fight against COVID. That's not to say that it can't be utilized as a part of a toolbox in detecting people with COVID or triaging people in a hospital that are known to have the disease, but if it's utilized for as a primary triage method or evaluation that that it would be fairly poor.

The actual quote was changed by ISC News to alter the meaning entirely, as you can compare for yourself:

This is a highly concerning example of misrepresenting thermal cameras as being a primary tool to diagnose fevers, or COVID-19, whereas the US government official clearly states otherwise.

After we reported the error, ISC News corrected, adding an addendum:

[Editor’s note: In an earlier version of this piece, Zane Arp was quoted inaccurately. His words have been changed to reflect this. We regret the error.]

The continued trend of major organizations misrepresenting what thermal can do for fever scanning helps the industry short term to sell more products but hurts buyers and the general public who are looking for ways to safely return to life in the face of a deadly pandemic.

2020 Mid Year Video Surveillance Industry Guide on Jul 27, 2020
The first half of 2020 has been shocking, for the world generally, and for...
Anixter Runs Fake Coronavirus Marketing Using Shutterstock Watermarked Images on Jul 24, 2020
Coronavirus faked marketing is regrettably commonplace right now but Anixter...
Australia Dahua Faked Advertisement, Government Warns of 'Criminal Offense' for Not Registering As Medical Device on Jun 25, 2020
A full-page advertisement in a national Australia newspaper for Dahua's...

Lest Reed or others try to pin this just on their ISC News staff, this reflects Reed and SIA's overall approach to 'education'. Recall The Embarrassing Story of ISC West's Best New IP Camera and the ongoing drama with ISC West 2020, e.g. ISC West 2020 Moves To The Basement.

Pretty sure that is not even an actual thermal image, just a stock image recolorized to look like thermal. It has too much detail, and things like the sign are wrong. The sign would either be a blown-out hotspot if it were backlit (common), or just a flat square if were a poster-style image. But either way, you would not expect to see things like a sign with a high degree of color variation in that way. You would also expect to see some latent heat on at least some of the seats, and on the floor.

Is "not" such a hard word to miss? If it's written, it's just three letters, I guess. But this was a webinar, so... how exactly do you mis-hear a speaker to say the complete opposite?

This reminds me of something I remember reading about many years ago (I can't validate if this is true or not), arguably the worst typo in a bible version. Rather than saying "thou shalt sin no more", it said "thou shalt sin on more". 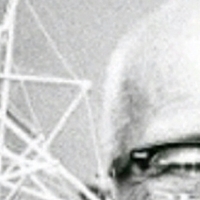 I chose the image as being worse because ISC refused to change it or add a note that says "NOT an actual thermal image" or "for illustration purposes only" Both are examples of poor reporting. It is ISC NEWS not ISC marketing hype.

Dropping the NOT is not just a regrettable error it is false reporting (as opposed to "fake news" .which has lost it's actual meaning). If IPVM weren't fact checking these things they would persist as accepted truth.

My official CompTIA Security+ text book had a picture of a retina scan, obviously faked. That was really annoying.

If Reed were a general news outlet talking to the general public, I would give them a little grace. But that's not what they are.

There's another example I wanted to link to, with a name like "Don't learn programming from stock photos", but I just can't find it right now. It was either a blog post or a presentation at a conference. If somebody else remembers it, can you please post the link so I can be happy?

Not a good look for ISC nor the industry.

it's not just the single word 'not' being inserted that changes the spin/slant... it's also the supporting points that follow that sentence.

“It’s probably clear it should be one of the primary tools,” said Zane Arp, director of the U.S. Food and Drug Administration’s division of biomedical physics. “Should it be used as the primary device for screening for Covid? Can it be used with other things to figure out who has this disease?”

that's how they wrote it - by following with two questions that they don't try and answer?

when the two (unanswered) questions are listed following the sentence with 'not' inserted incorrectly, these questions are supporting the 'not' sentence.

“It is fairly clear that this probably should not be a primary tool in the fight against Covid,” said Zane Arp, director of the U.S. Food and Drug Administration’s division of biomedical physics. “That’s not to say that it can’t be part of a toolbox in detecting people with Covid.”

what happened to the two questions now that 'not' is missing?

also - the slant becomes much clearer when you read what he actually said (from above in this OP):

"And on the effectiveness front the primary tool, it is fairly clear that this probably should not be a primary tool in the fight against COVID. That's not to say that it can't be utilized as a part of a toolbox in detecting people with COVID or triaging people in a hospital that are known to have the disease, but if it's utilized for as a primary triage method or evaluation that that it would be fairly poor."

Using an image from Reed's own website, I also made a fake fever camera image. This only takes about 3 - 5 minutes for a proficient Photoshop user.

My fake fever camera is breaking new ground with analytics developed by the Chinese government to determine if the target is a native metric or imperial user, then displays the temperature in their native format.

if you're going to make something up, at least have it make sense...